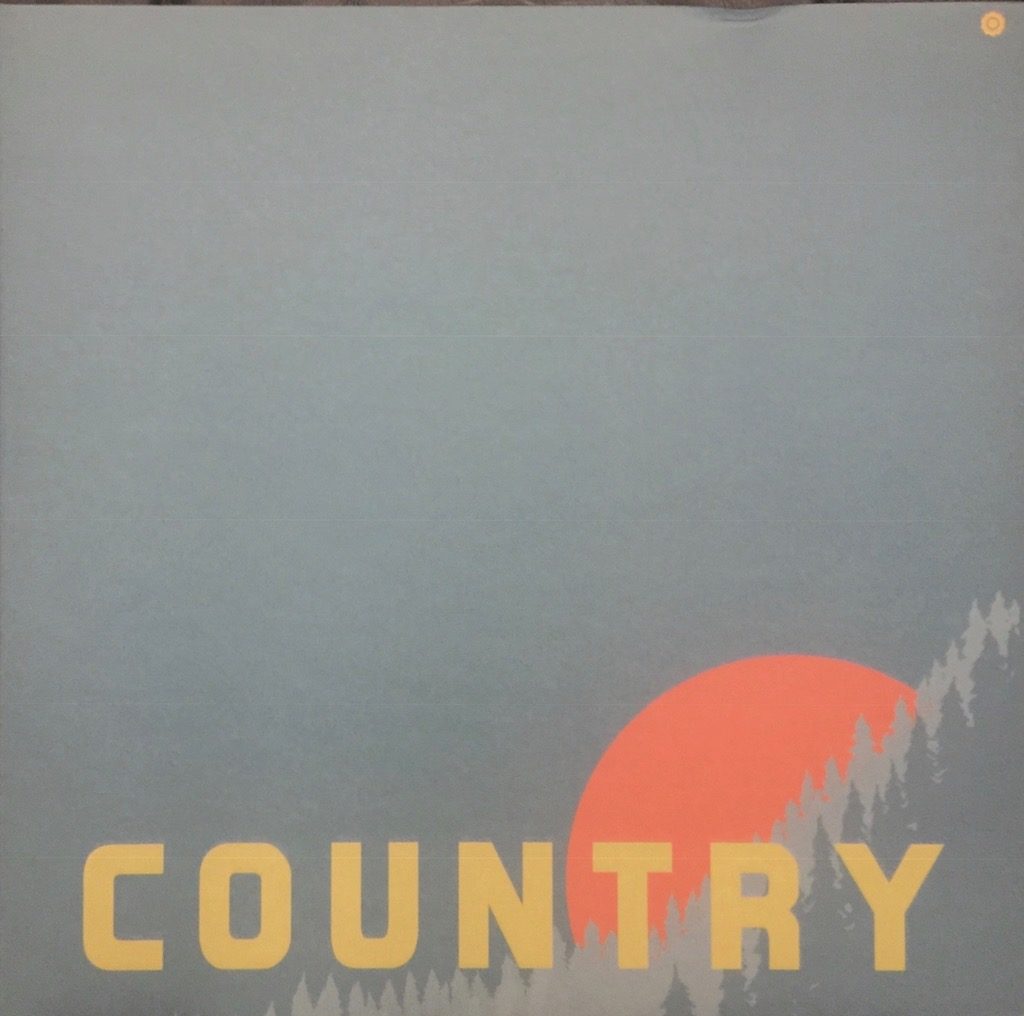 Bombadil- I’ll confess to not knowing much about this band and further admit that I don’t listen to much “pop” music these days (in the sense of sweet songs that focus on harmonies and catchy hooks). I’ll also acknowledge that I really like this record—these guys are extremely accomplished—gorgeous harmonies, upbeat folk/ pop tunes and a recording that conveys enormously well- from deep bass and drum sounds to the tickle of plucked strings, the staging of the voices and handclaps.

I mentioned in my “Incoming” snapshot that this Bombadil record reminds me of Simon & Garkfunkel and I’m sticking with that as a quick descriptor–though this is more countrified, and more traditional in instrumentation and style, it’s got that “sound” which made lifelong fans of that famous duo.

At first, I thought I was going to hear a traditional cover of one of Stephen Foster’s most famous songs, until I cued it up and then looked at the title- “Oh Suzanne.” Not your great-great grandfather’s folk or traditional Americana. This is sweet harmonizing and some dazzling instrumentation, recorded in such a way that it grabs your attention instantly.

“Pillows and Prine” has a simple beauty reminiscent of the great songwriting of John Prine.

“Goodwill Socks” is upbeat and sweet despite its lyric about being cast off.

The track that really took me on the first side was “Wisconsin Wedding,” a little darker and slower than what precedes. There’s a rattling snap of strings on the guitar and the harmonies overlay a really nice melody.

The side finishes with “Faces,” which begins with clear piano tones that sparkle and have that heft characteristic of a real piano. The arrangement is uncomplicated and allows you to hear to the vocal and instrumental parts as life like. (For sound-hounds, there’s a fair amount of “air” or space between and among the instruments and voices that adds to the realism). 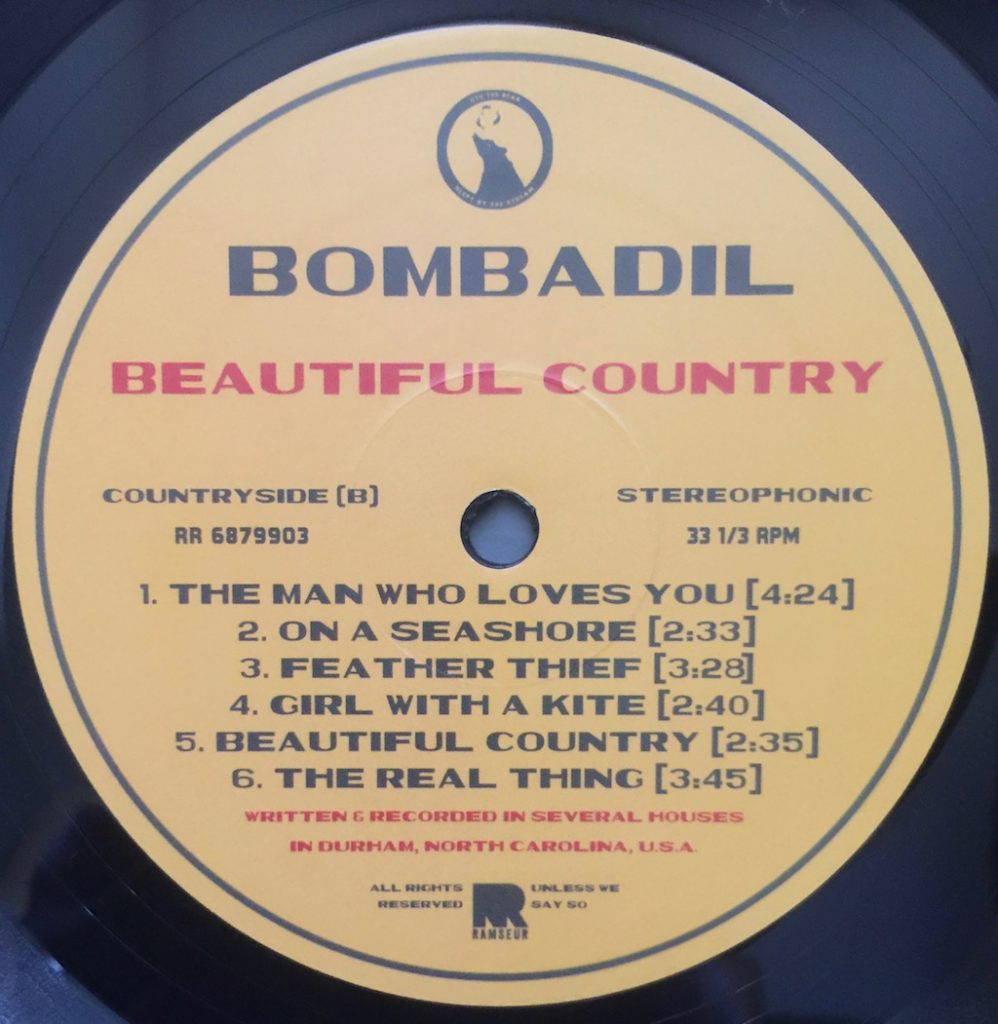 The flip side begins with “The Man That Loves You,” a countrified jaunt with chorus and a shuffle. This is less “folk” and more “pop” to my ears.

“On a Seashore” is a short track, with an Asian plucked string sound opening to a solo voice that is eventually joined by the guest artist, Kate Rhudy, in a beautiful harmony.

“Girl on a Kite”- another short track, a sepia-toned instrumental of strumming that conjures up the hills and increases pace to take on the quality of a folk dance.

The title track is a wonderful folk ballad full of instrumentation and harmony.

The album finishes with “The Real Thing,” with nice minor shifts and uplifting vocal parts, simple instrument parts and rhythms, and is ultimately a very satisfying piece of music that brings the assembly of pieces to a close.

All of the basic tracks were recorded to tape (drums, bass, guitar and keyboards). Overdubs and vocal parts were recorded digitally. Various instruments, running the gamut from boxes and mango pits, to baritone guitars and drum machine sounds were added during this production phase guided by the inventive hand of Scott Solter. The results are impressive without sounding “over-produced.”

The record is pressed at QRP and was dead quiet, tracked smoothly and sounded wonderful. It’s a very good recording, with quiet passages that demand a decent pressing. Ramseur Records is building an impressive catalog of folk, bluegrass and country sounds, from traditional to modern. This is a wonderful addition to the label’s offerings. 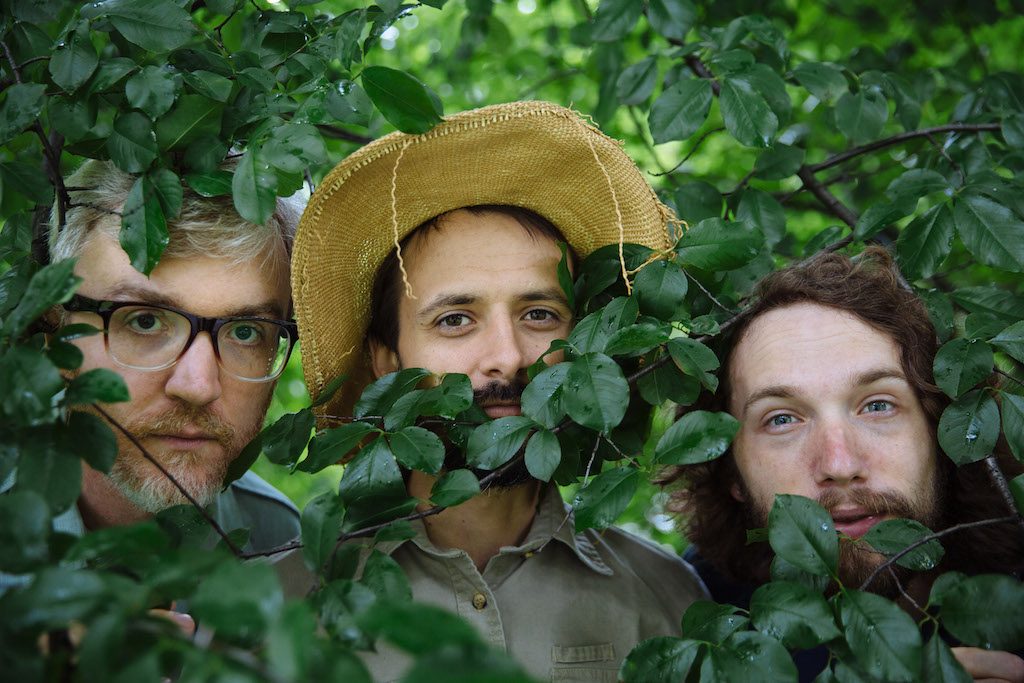 There is something very endearing about these guys. You read the liner notes (on a freestanding insert) and are reminded that people aren’t cynical by nature and can speak freely about their enjoyment and desire of simple beauty. I gather that the songs were collected from a few years of writing and that the members of Bombadil have changed over the years.  Word is, they put on a great show. Here’s their site, which includes a tour calendar:

One statement in the liner notes caught my eye—that 99% of the music most people hear doesn’t engage them, and that only 1% does—and musicians thus face an uphill battle to capture ears and listeners. That may be; I don’t know that you can quantify it, but my goal these last several years has been to expand the world of music I listen to, both to better understand it and to widen my perspective. If I have extended my ear/brain/heart from 1 to 2% to embrace more different music in my diet, I’d surely include Bombadil.

Although I don't have all the details yet, I have learned that Frederiksberg Records, a small, eclectic label from New York, is in the process of reissuing the hard to find (and even harder to pay for) jazz obscurity, Milt Ward and Virgo Spectrum. You can find out more by keeping tabs on Frederiksberg's Bandcamp page, https://frederiksbergrecords.bandcamp.com   I'm told there is a bootleg out there so be careful. Frederiksberg is doing this project with the participation of the family of Milt Ward, which is to be applauded. Hopefully, this will give more access to a great jazz record at a reasonable price. The Roots album reissue from Frederiksberg (which is sold out on vinyl on the Frederiksberg Records bandcamp site) still appears to be available through some online retailers as a pre-order, so that's another one to jump on now if you can find it-- the original is extremely pricey and … END_OF_DOCUMENT_TOKEN_TO_BE_REPLACED

Clem Snide- Forever Just Beyond With a name derived from a character in the same literary work as the band name so famously identified with the Walter Becker-Donald Fagen duo, Clem Snide has an extensive discography, typically cataloged as “alt country.” This latest release is the work of one of its founding members, Eef Barzelay, who was responsible for much of the songwriting and singing. According to his bio, Barzelay suffered some serious bumps in the road during the last decade, including a failing marriage and financial ruin. At the same time, he learned that Scott Avett was a fan and they found inspiration in each other, leading to this album- a collaboration of artistry where Avett and Barzelay share some writing credits and Avett produces. The result is a fresh, upbeat set of tunes that are appealing in their simplicity and refreshing in their sincerity. The band is first tier … END_OF_DOCUMENT_TOKEN_TO_BE_REPLACED

Muriel Grossmann- Reverence Muriel Grossmann continues her quest for musical ascension on Reverence, which was released on vinyl in early December, 2019 on the RR Gems label as a 2 LP set. The compositions are Grossmann’s, and the band is much the same as the group of seasoned musicians with whom she has worked for some time (and detailed in the review of her Golden Rule), but for one notable exception: the addition of a keyboard player who brings that rich, woody Hammond B-3 sound to a series of compositions devoted to Africa. In some ways, Ms. Grossmann’s exploration of the roots of jazz deliberately eschews any superficial attempt to make African music. Instead, she draws inspiration from its influences, which are wide ranging and deep—you can hear rhythm and blues sounds mixed with more traditional African instrumentation and polyrhythms and come away with something that is both … END_OF_DOCUMENT_TOKEN_TO_BE_REPLACED

Stylus Life- StylusTimer Stylus life is a recurring question in audio discussions. Some serious attention was devoted to the subject here, in Mike Bodell’s “The Finish Line for Your Phono Stylus.” That article examined the issue from a number of perspectives, including early studies, claims by cartridge manufacturers and real-life experiences by users. It also generated a long, interesting thread on the Steve Hoffman forum that is worthwhile to read. The Hoffman thread also generated an experiment by Ray Parkhurst who documented the wear of a new stylus under certain controlled conditions, which included a microscopic examination of the stylus at various time intervals over long hours of repeated play. See https://forums.stevehoffman.tv/threads/the-finish-line-for-your-phono-cartridge-stylus-wear-by-mike-bodell.842572/#post-21292730.   Whether you lean toward more optimistic … END_OF_DOCUMENT_TOKEN_TO_BE_REPLACED

Incoming! (More Interesting Records)  An "interesting record" to me offers something unexpected, whether it is a fresh take on a recognized genre, or something that opens a new way of experiencing instruments in combination. It does not have to be "strange" or challenging to listen to; in fact, I'm a sucker for a good melodic hook and enjoy technical prowess as much as anybody, but there has got to be something "more"-- an intangible that differentiates the record from the millions of others to which we all have access.   As mentioned in a recent editorial, a lot of records come in and not all get written up. It’s not an editorial decision or any reflection of the music or sonics; I only have so much time, and I tend not to write short blurbs, but longer (some may say ‘too long’) reviews. My “incoming” piles continue to grow as I publish. This series of short capsules is meant to … END_OF_DOCUMENT_TOKEN_TO_BE_REPLACED