home
You are here: Home / Home 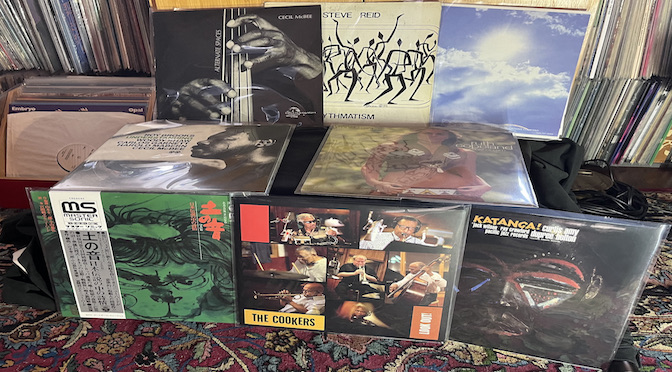 Listening- A Longer (and Wider) View This site does not attempt to capture the latest LP releases and reissues; I think the legacy press and audiophile sites do a more than adequate job on those fronts. Although we have sifted through some labels … END_OF_DOCUMENT_TOKEN_TO_BE_REPLACED 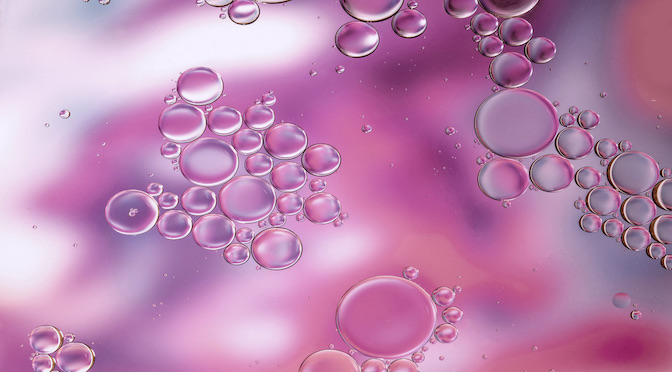 The first edition of Precision Aqueous Cleaning of Vinyl Records appeared in The Vinyl Press in May 2020. It was subsequently revised by its author, Neil Antin, in March 2021 to reflect Neil’s experience in working with a range of users all over the … END_OF_DOCUMENT_TOKEN_TO_BE_REPLACED 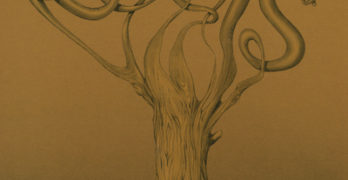 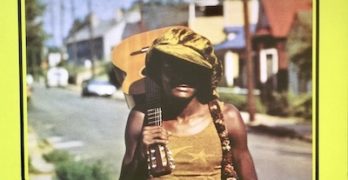 Lou Bond- self-titled  Lou Bond is an under the radar soul man whose self- titled album is a mixture of deep period soul with tinges of pop, folk and more than a few surprise covers—not exactly a … END_OF_DOCUMENT_TOKEN_TO_BE_REPLACED 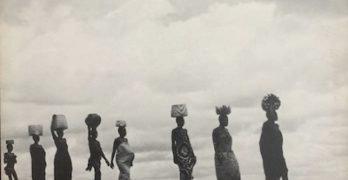 Woody Shaw- Blackstone Legacy Woody Shaw’s Blackstone Legacy, his first as a featured artist released in 1971, may be one of his best. Shaw had a steady career as a sideman, working with some of the … END_OF_DOCUMENT_TOKEN_TO_BE_REPLACED 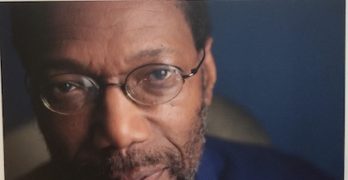 Charles Tolliver-Connect  Charles Tolliver has just released a new album—Connect.  Tolliver is a gifted composer, instrumentalist, producer and co-founder of the legendary Strata-East label. Unlike … END_OF_DOCUMENT_TOKEN_TO_BE_REPLACED 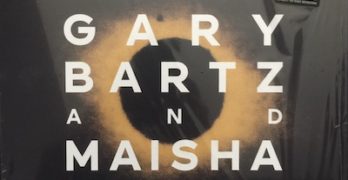 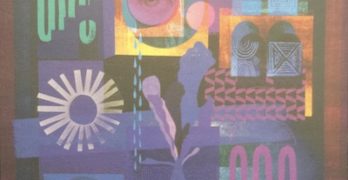 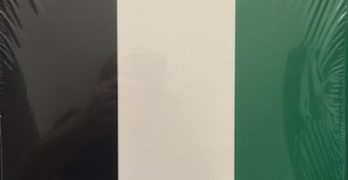 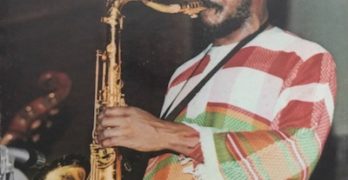 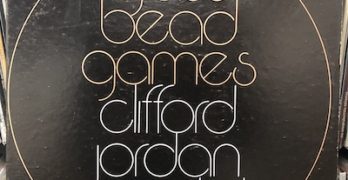 Clifford Jordan- Glass Bead Games Shoot-Out  By Ken Golden I’ve been asked by Fearless Leader to do a “shoot out” comparison between an original Strata-East pressing of Clifford Jordan Quartet “Glass Bead Games” (SES 19737/8) and the recent reissue from Pure Pleasure Records out of the UK. Some brief background – Strata-East Records was co-founded by Charles Tolliver and Stanley Cowell.  The name was taken in tribute to the Detroit based Strata Records label.  The exclusive focus of the label was black jazz musicians.  The range of music touched on post-bop, hard bop, modal, and free jazz – typically embedded with a strong ethnic/urban flavor.  Exploration of the artists’ African heritage is a common theme.  The label has become known as the Godhead of the so-called “spiritual jazz” movement.  It wasn’t called that back in the 70s but a look in the rear-view mirror by jazz collectors and musical historians typically points to Strata-East.  Of course, there were many other labels that fit the sub-genre but that’s a story for another day. Many Strata-East albums were recorded at Minot Sound Studio in White Plains, NY.  Strata-East recordings ranged from borderline unlistenable (Music Inc. “Live At Slugs’”) to exceptional (The Heath Brothers “Marchin’ On”).  Mostly they fell right in the middle of the pack, meaning professional well recorded albums that would not deter from the listening experience.  The recordings done at Minot fit right here. As a reissue label, Pure Pleasure does good solid work. However, something seems to have changed over the years. It is not clear what source material they are relying on for these releases.  In fact the label seems to go out of the way to cloud the issue.  They nonetheless caught lightning in a bottle with their reissues of the Strata East catalogue.  With prices of original pressings spiraling out of sight, it’s no wonder.  Pure Pleasure reissues are pressed at Pallas and use Ray Staff for mastering.  You are going to get the … END_OF_DOCUMENT_TOKEN_TO_BE_REPLACED 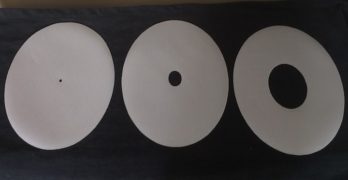 An Experiment with Platter Mats- the MyMat Introduction Until I performed some recent experiments with a product called the MyMat, offered by a long-time member of the Audiogon community, I rarely thought about changing out platter mats. I’ve owned a number of good turntables over the years and figured: (a) that the manufacturer knew what was best, and (b) going down this rabbit hole was yet another potential morass—that the results would vary considerably based on a number of factors, including the particular turntable design and platter. How “projectable” would anyone’s findings be for others with different systems and preferences? As someone said in another context (having to do with the art of recording), there’s a lot of fiddling and manipulation to get something to sound “natural.”   The interface between the record and the stylus is affected by a number of elements including the mat, the platter, the arm and arguably the turntable itself. And we haven’t even gotten to the rest of the system—how it shades the sound in various ways, from light to dark, from analytical to soft and burnished; these variations may call for a different character in the front end of a vinyl system than another system which has a different overall sound. Ideally, I know all this stuff should be uncolored. But ask anybody who has thrown money, time and effort at building a system and they’ll tell you they didn’t hear the coloration until it was absent. Each element of the system is dependent on the other, which makes evaluating a single device in isolation difficult on any “absolute” basis, applicable to all systems and configurations. That said, if you read the Internet for information on audio, you’ll see that platter mat swapping is a common enough practice across the range of audiophiles, from the budget conscious to the cost no object crowd, with different objectives, from minimizing static to tuning the sound.   Starting with a Restored SP-10 I started exploring the topic in … END_OF_DOCUMENT_TOKEN_TO_BE_REPLACED

Although I don't have all the details yet, I have learned that Frederiksberg Records, a small, eclectic label from New York, is in the process of reissuing the hard to find (and even harder to pay for) jazz obscurity, Milt Ward and Virgo Spectrum. You can find out more by keeping tabs on Frederiksberg's Bandcamp page, https://frederiksbergrecords.bandcamp.com   I'm told there is a bootleg out there so be careful. Frederiksberg is doing this project with the participation of the family of Milt Ward, which is to be applauded. Hopefully, this will give more access to a great jazz record at a reasonable price. The Roots album reissue from Frederiksberg (which is sold out on vinyl on the Frederiksberg Records bandcamp site) still appears to be available through some online retailers as a pre-order, so that's another one to jump on now if you can find it-- the original is extremely pricey and … END_OF_DOCUMENT_TOKEN_TO_BE_REPLACED

Clem Snide- Forever Just Beyond With a name derived from a character in the same literary work as the band name so famously identified with the Walter Becker-Donald Fagen duo, Clem Snide has an extensive discography, typically cataloged as “alt country.” This latest release is the work of one of its founding members, Eef Barzelay, who was responsible for much of the songwriting and singing. According to his bio, Barzelay suffered some serious bumps in the road during the last decade, including a failing marriage and financial ruin. At the same time, he learned that Scott Avett was a fan and they found inspiration in each other, leading to this album- a collaboration of artistry where Avett and Barzelay share some writing credits and Avett produces. The result is a fresh, upbeat set of tunes that are appealing in their simplicity and refreshing in their sincerity. The band is first tier … END_OF_DOCUMENT_TOKEN_TO_BE_REPLACED

Muriel Grossmann- Reverence Muriel Grossmann continues her quest for musical ascension on Reverence, which was released on vinyl in early December, 2019 on the RR Gems label as a 2 LP set. The compositions are Grossmann’s, and the band is much the same as the group of seasoned musicians with whom she has worked for some time (and detailed in the review of her Golden Rule), but for one notable exception: the addition of a keyboard player who brings that rich, woody Hammond B-3 sound to a series of compositions devoted to Africa. In some ways, Ms. Grossmann’s exploration of the roots of jazz deliberately eschews any superficial attempt to make African music. Instead, she draws inspiration from its influences, which are wide ranging and deep—you can hear rhythm and blues sounds mixed with more traditional African instrumentation and polyrhythms and come away with something that is both … END_OF_DOCUMENT_TOKEN_TO_BE_REPLACED

Stylus Life- StylusTimer Stylus life is a recurring question in audio discussions. Some serious attention was devoted to the subject here, in Mike Bodell’s “The Finish Line for Your Phono Stylus.” That article examined the issue from a number of perspectives, including early studies, claims by cartridge manufacturers and real-life experiences by users. It also generated a long, interesting thread on the Steve Hoffman forum that is worthwhile to read. The Hoffman thread also generated an experiment by Ray Parkhurst who documented the wear of a new stylus under certain controlled conditions, which included a microscopic examination of the stylus at various time intervals over long hours of repeated play. See https://forums.stevehoffman.tv/threads/the-finish-line-for-your-phono-cartridge-stylus-wear-by-mike-bodell.842572/#post-21292730.   Whether you lean toward more optimistic … END_OF_DOCUMENT_TOKEN_TO_BE_REPLACED

Incoming! (More Interesting Records)  An "interesting record" to me offers something unexpected, whether it is a fresh take on a recognized genre, or something that opens a new way of experiencing instruments in combination. It does not have to be "strange" or challenging to listen to; in fact, I'm a sucker for a good melodic hook and enjoy technical prowess as much as anybody, but there has got to be something "more"-- an intangible that differentiates the record from the millions of others to which we all have access.   As mentioned in a recent editorial, a lot of records come in and not all get written up. It’s not an editorial decision or any reflection of the music or sonics; I only have so much time, and I tend not to write short blurbs, but longer (some may say ‘too long’) reviews. My “incoming” piles continue to grow as I publish. This series of short capsules is meant to … END_OF_DOCUMENT_TOKEN_TO_BE_REPLACED