home
You are here: Home / In Brief / Ian Anderson and Jethro Tull 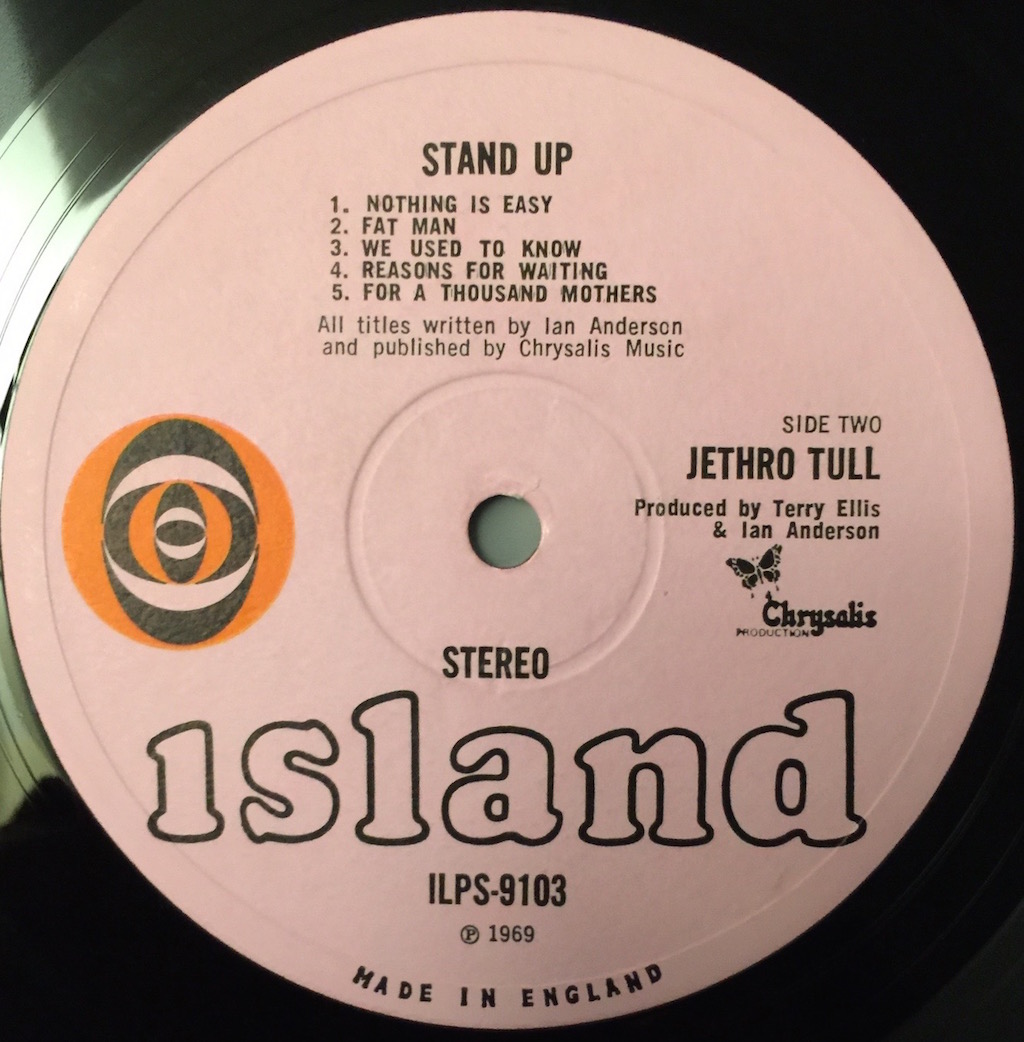 The early recorded performances of Ian Anderson and Jethro Tull have not just weathered the passage of time; the songs and the band’s performances are as fresh and captivating today as they were at the time of their release in the late ‘60s and early ‘70s. As regular readers know, I’m enthralled by that period in the late ‘60s when popular music was transformed from radio-friendly pop tunes to more challenging compositions that defied conventions and redefined genres. Much of this transformation seemed to occur in England, and led to a number of profound changes in popular music: longer form compositions, more complex time signatures; the introduction of jazz, eastern and African influences, along with highly proficient instrumentalists who drove popular music in a number of different directions that are still with us today.

The label “progressive rock” is an awfully big umbrella. It now seems to cover everything from keyboard-centric bands like Emerson, Lake and Palmer and Yes to the experimental hard rock of King Crimson and early Pink Floyd, to the more obscure (and now highly sought after) avant-garde albums of a number of Italian and German “prog” bands from the era. Some of these records are highly collectible and fairly inaccessible except to hard-core devotees of the genre. Others seem to fit comfortably within the “classic rock” category and still get mainstream airplay.

A few, like Crimson and Floyd, seem to gain new audiences with each successive generation and are considered foundational figures in modern popular music. Interestingly, Tull has managed to straddle several different categories- from hard rock, to “progressive” to a unique form of baroque/folk/rock.

Their unique blend of hard-driving rock and medieval minstrel ballad captivated me from the start. This Was, the band’s debut, was more in the mold of psych/blues rock, a style that was a launching pad for a number of successful acts at the time. (Think of the band Free, whose first album, Tons of Sobs is a heavy blues rocker that, to me, was unmatched despite the band’s later success and far better production values as a more mainstream rock band).

Tull, however, went in a different direction:  their second album, Stand-Up, remains a defining album though it never achieved the same level of widespread popularity as Aqualung or Thick as a Brick. But Tull, led by Ian Anderson, is deservedly ranked among the first tier of genre defining “progressive rock” bands, even if they sounded like none of their contemporaries. Stand-Up was really where it started for this band.

I will be publishing some material shortly that should be of great interest to fans of Tull and Ian Anderson.

Clem Snide- Forever Just Beyond With a name derived from a character in the same literary work as the band name so famously identified with the Walter Becker-Donald Fagen duo, Clem Snide has an extensive discography, typically cataloged as “alt country.” This latest release is the work of one of its founding members, Eef Barzelay, who was responsible for much of the songwriting and singing. According to his bio, Barzelay suffered some serious bumps in the road during the last decade, including a failing marriage and financial ruin. At the same time, he learned that Scott Avett was a fan and they found inspiration in each other, leading to this album- a collaboration of artistry where Avett and Barzelay share some writing credits and Avett produces. The result is a fresh, upbeat set of tunes that are appealing in their simplicity and refreshing in their sincerity. The band is first tier … END_OF_DOCUMENT_TOKEN_TO_BE_REPLACED

Muriel Grossmann- Reverence Muriel Grossmann continues her quest for musical ascension on Reverence, which was released on vinyl in early December, 2019 on the RR Gems label as a 2 LP set. The compositions are Grossmann’s, and the band is much the same as the group of seasoned musicians with whom she has worked for some time (and detailed in the review of her Golden Rule), but for one notable exception: the addition of a keyboard player who brings that rich, woody Hammond B-3 sound to a series of compositions devoted to Africa. In some ways, Ms. Grossmann’s exploration of the roots of jazz deliberately eschews any superficial attempt to make African music. Instead, she draws inspiration from its influences, which are wide ranging and deep—you can hear rhythm and blues sounds mixed with more traditional African instrumentation and polyrhythms and come away with something that is both … END_OF_DOCUMENT_TOKEN_TO_BE_REPLACED

Stylus Life- StylusTimer Stylus life is a recurring question in audio discussions. Some serious attention was devoted to the subject here, in Mike Bodell’s “The Finish Line for Your Phono Stylus.” That article examined the issue from a number of perspectives, including early studies, claims by cartridge manufacturers and real-life experiences by users. It also generated a long, interesting thread on the Steve Hoffman forum that is worthwhile to read. The Hoffman thread also generated an experiment by Ray Parkhurst who documented the wear of a new stylus under certain controlled conditions, which included a microscopic examination of the stylus at various time intervals over long hours of repeated play. See https://forums.stevehoffman.tv/threads/the-finish-line-for-your-phono-cartridge-stylus-wear-by-mike-bodell.842572/#post-21292730.   Whether you lean toward more optimistic … END_OF_DOCUMENT_TOKEN_TO_BE_REPLACED

Incoming! (More Interesting Records)  An "interesting record" to me offers something unexpected, whether it is a fresh take on a recognized genre, or something that opens a new way of experiencing instruments in combination. It does not have to be "strange" or challenging to listen to; in fact, I'm a sucker for a good melodic hook and enjoy technical prowess as much as anybody, but there has got to be something "more"-- an intangible that differentiates the record from the millions of others to which we all have access.   As mentioned in a recent editorial, a lot of records come in and not all get written up. It’s not an editorial decision or any reflection of the music or sonics; I only have so much time, and I tend not to write short blurbs, but longer (some may say ‘too long’) reviews. My “incoming” piles continue to grow as I publish. This series of short capsules is meant to … END_OF_DOCUMENT_TOKEN_TO_BE_REPLACED

More on Milt Ward and Virgo Spectrum Courtesy of Bill Pierce, the former Chair of Woodwinds at Berklee. Pierce worked with Milt Ward in the late ‘60s, including a stint as part of the horn section for Stevie Wonder. Pierce figures prominently on the album, Milt Ward and Virgo Spectrum; I have added his recollections to the feature article.   (Scroll down to the bottom of the article). My thanks to Bill Pierce, whose band, the Ralph Peterson Messenger Legacy, is currently active and touring.     … END_OF_DOCUMENT_TOKEN_TO_BE_REPLACED