Any list of recommended albums is simply a snapshot representing a momentary state of mind. Here are 10 prog rock albums that will require some digging but if you are a fan of the genre you will be rewarded. Don’t think of this as a definitive “top 10” just 10 great ones in no particular order: 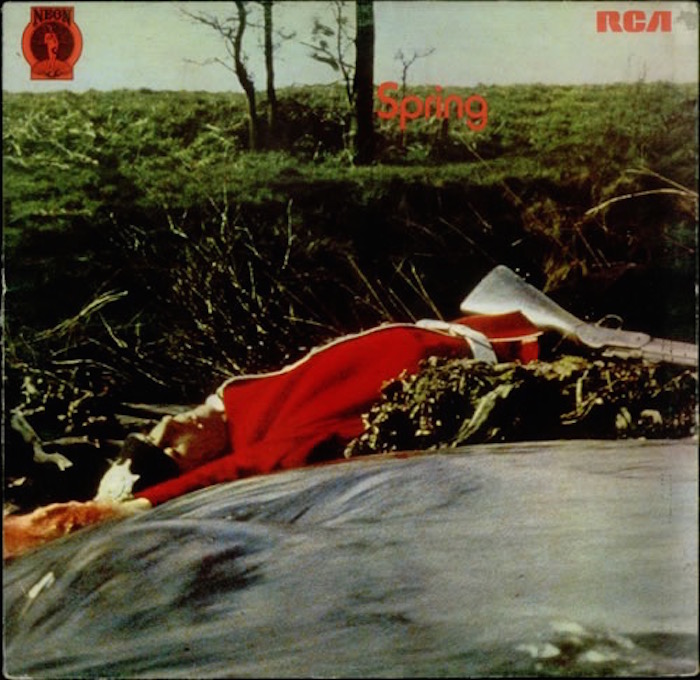 After a long stint as house engineer at Rockfield, Pat Moran became a very successful producer working with Robert Plant. Drummer Pick Withers went on to become the drummer for Dire Straits. Guitarist Ray Martinez had a long career as a session guitarist.

This album has prog written all over it. The sleeve is a triple fold out with photographic artwork from the legendary Keef. Original copies of the album are quite scarce and frequently sell in the “if you have to ask you probably can’t afford it” region. Unfortunately the album never received an official vinyl reissue. The best alternative is in the digital realm. Here at Laser’s Edge we reissued the album from the original master tapes. Mastering was handled by the esteemed Bob Katz. We uncovered three unreleased tracks and the set features liner notes from Rockfield Studios owner Kingsley Ward. This version is out of print but copies are floating around. The German Repertoire label cloned our release and has identical tracks and sound. Recently it was reissued on CD again, this time via Esoteric Recordings, who generously included a bonus CD featuring tracks from their unreleased second album. 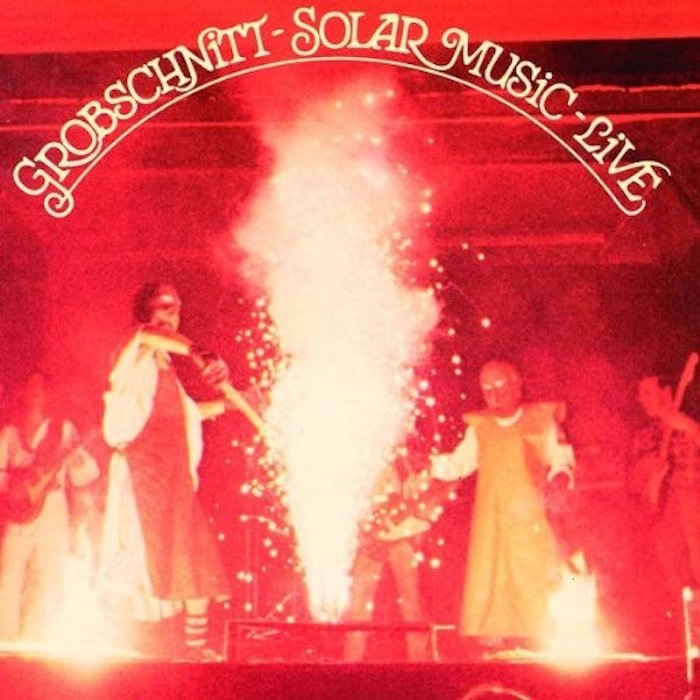 Luckily original copies are available at earthbound prices. It was also recently reissued on vinyl by Universal as part of their “Back To Black” series. I can’t swear that Universal went back and pressed from their original parts.  More than likely they used a hi-res digital source as their master.  Regardless they did a fine job with it. 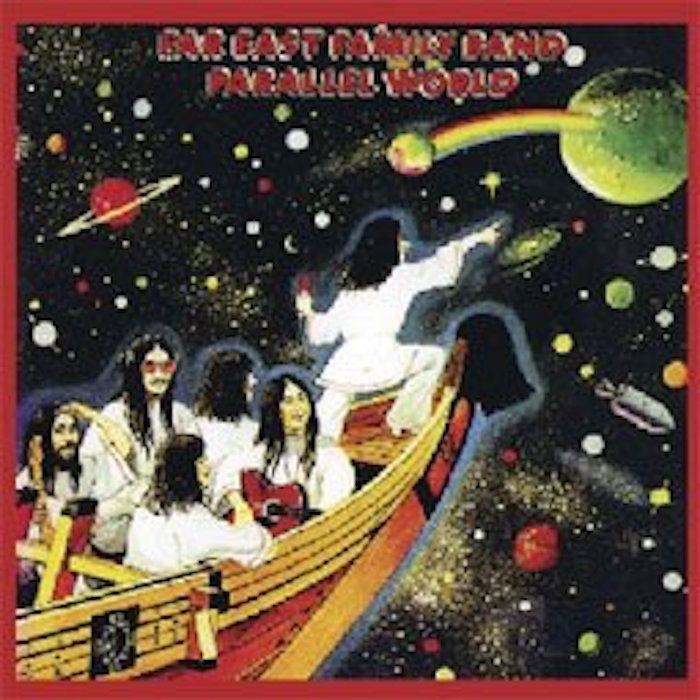 There were two different pressings of the album with the later reissue featuring different cover art. An album that won’t break the bank. 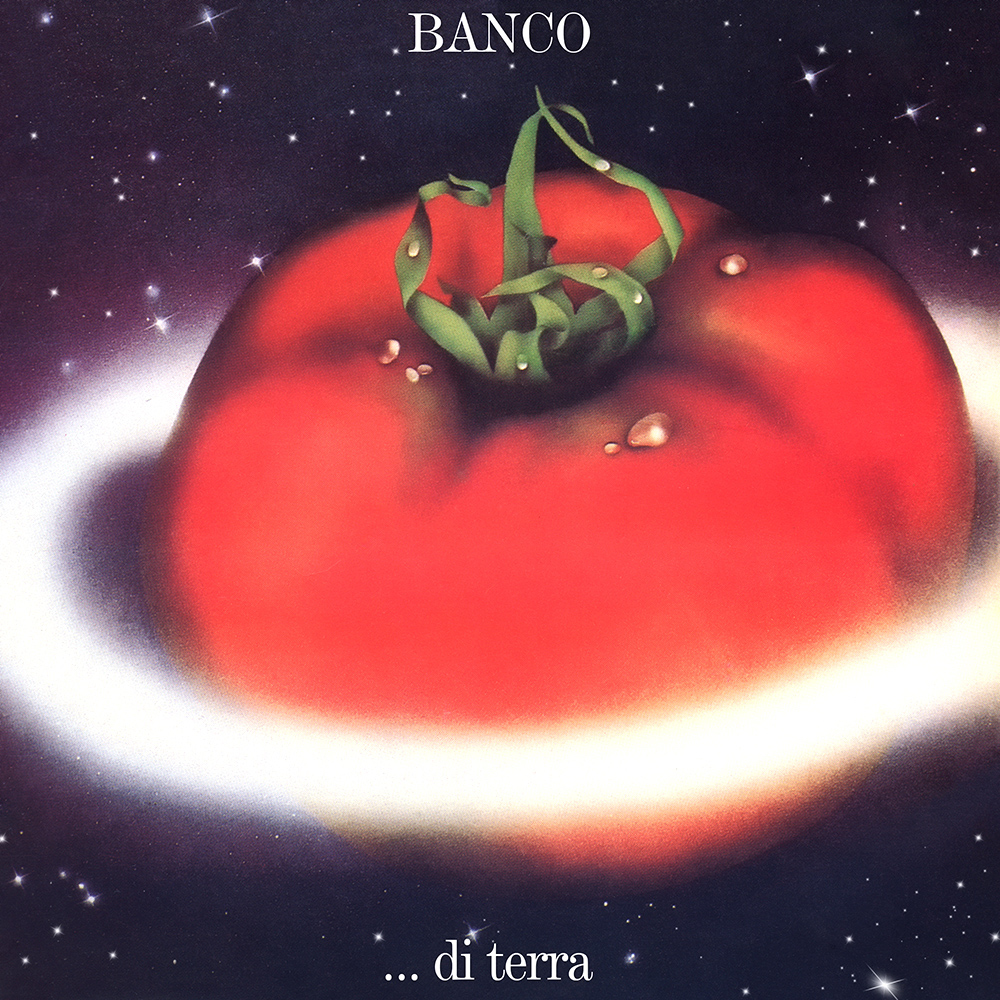 The band was fronted by the operatic vocalist Francesco Di Giacomo and complemented by the keyboard pyrotechnics of the Nocenzi brothers – Gianni and Vittorio and guitarist Rodolfo Maltese. Banco’s music had a strong classical element as the foundation for their sound – something that progheads now refer to as “Rock Progressivo Italiano”.

By the time of their 8th album, their name had been shortened to simply Banco. Di Terra is an unusual album in their catalogue. While Di Giacomo wrote a poem upon which the album is based he did not sing on it. It is an instrumental album that fuses the band with Orchestra dell’Unione Musicisti di Roma. The two ensembles mesh completely. It’s not the overblown mess you hear from bands like Ekseption. This album has a maturity and cohesiveness that few prog albums have matched. The album was released in 1978, at the point when prog was on life support. It was – and still is – quite a statement.

Vinyl copies are quite common. This one should not cost you an arm and a leg. 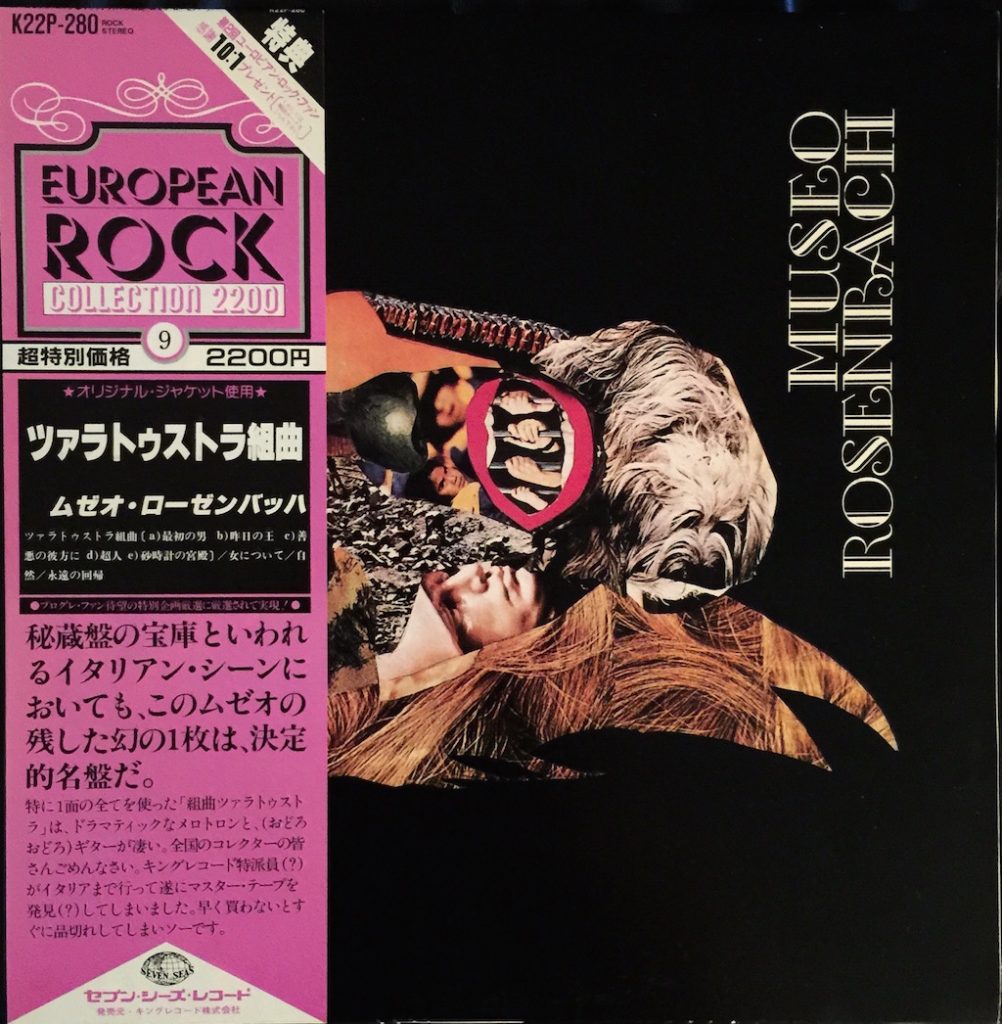 OK so what’s the big deal about a 40 minute concept album based around Nietzsche’s “Thus Spoke Zarathustra”? Well it’s the total package: impassioned operatic vocals, ripping guitar leads, and a complete arsenal of keyboards with Mellotron featured prominently. This album is the epitome of the Italian prog sound.

Original Italian vinyl is in the stratosphere these days. A four figure album but here are good alternatives. 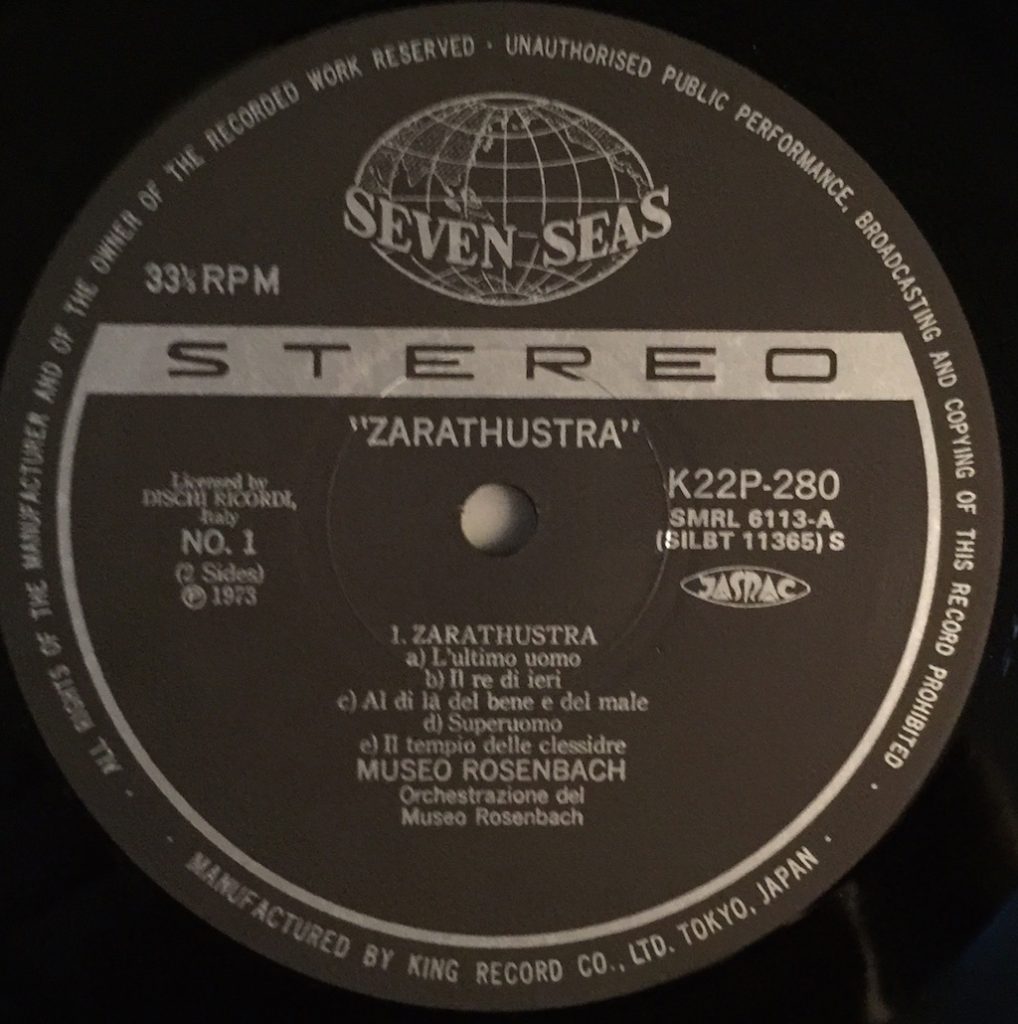 In the early ’80s King Records of Japan started up an excellent series of European prog rock reissues and put them out on their Seven Seas imprint. The sound is superb and in many ways better than the original. In 1990, the Italian record shop and label Contempo did a vinyl reissue which is rumored to be excellent. In 2009 Sony reissued the album yet again but I would be skeptical of great sound. On the other hand…it’s cheap. 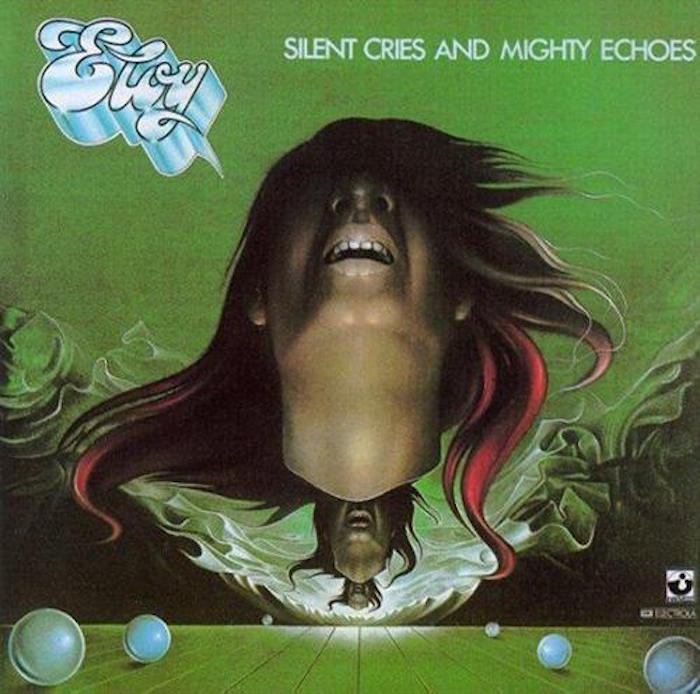 If imitation is the sincerest form of flattery, the members of Pink Floyd must have been very flattered back then. Over the course of the ‘70s, the spacier elements of Floyd found their way into the Eloy soundscape. If you are a fan of Wish You Were Here you’ll have lots to dig into here.

This is a fairly common album that shouldn’t set you back very much at all. 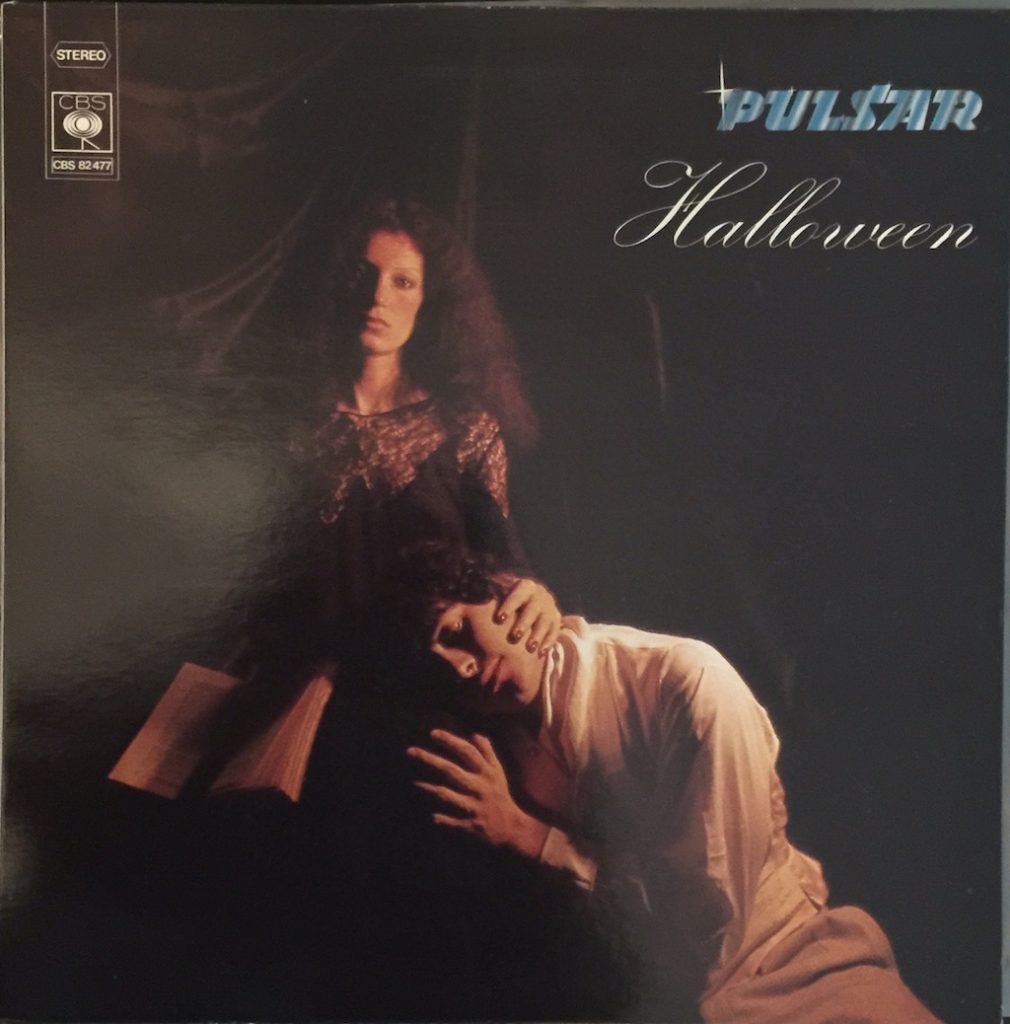 Easily available as the original French CBS pressing as well as the later authorized reissue on Musea. I would suggest going for the OG. 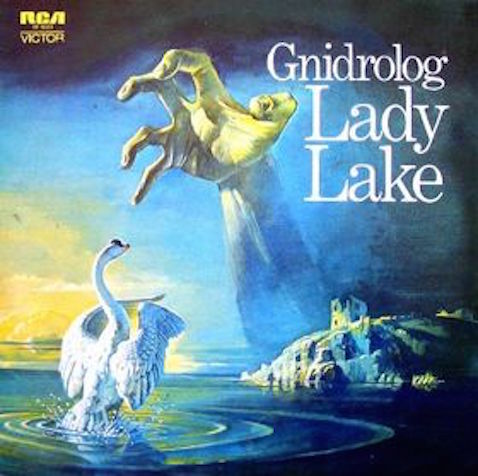 Original UK pressings on RCA will set you back a bit. Not wallet crushing but certainly no bargain. Other vinyl alternatives include the recent reissue on 4 Men With Beards (real hit or miss label) and the latest one from Music On Vinyl. While MOV tends to work from hi-res digital sources, their pressings tend to be flawless and probably a better bet. 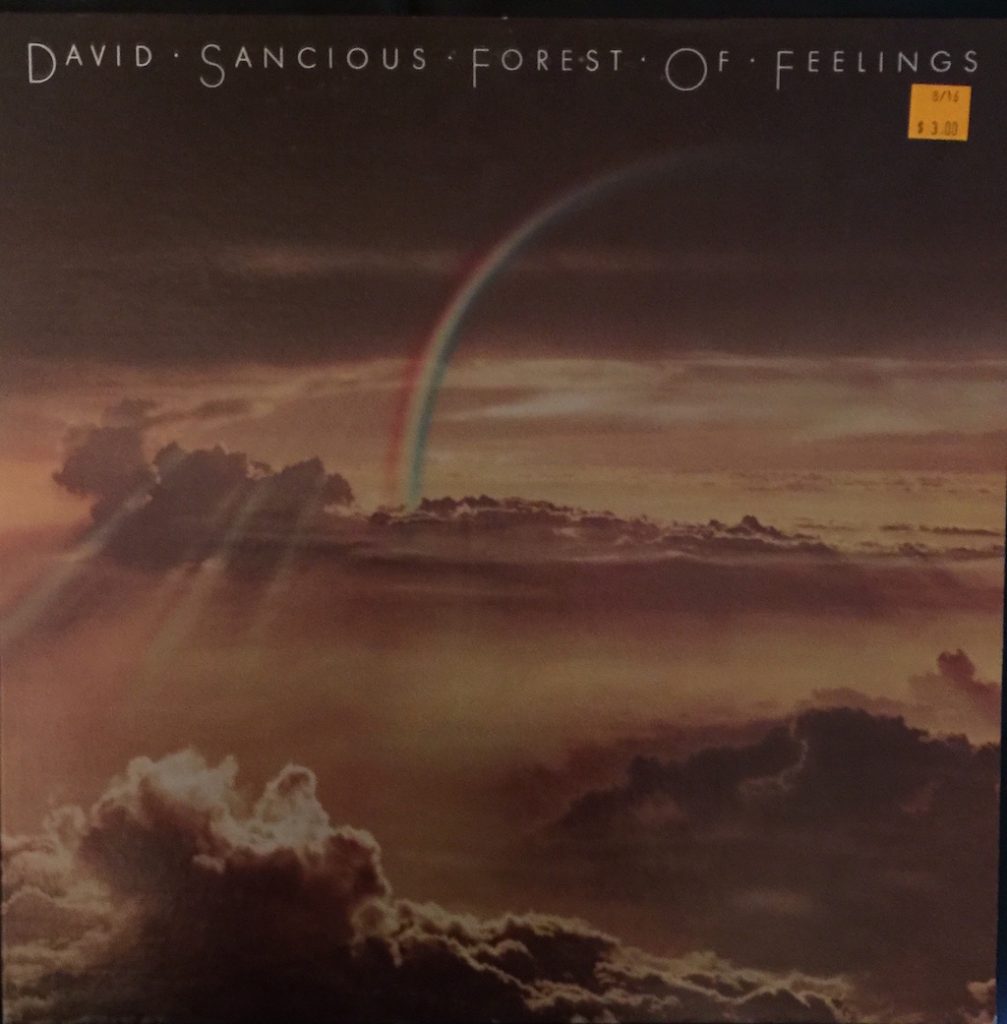 This one (as well as Transformation) turns up in the used bins frequently for next to nothing. If you paid $5 for either you probably paid a buck or two too much. Mastered by Bob Ludwig it’s a stone cold killer. Run don’t walk to find a copy. 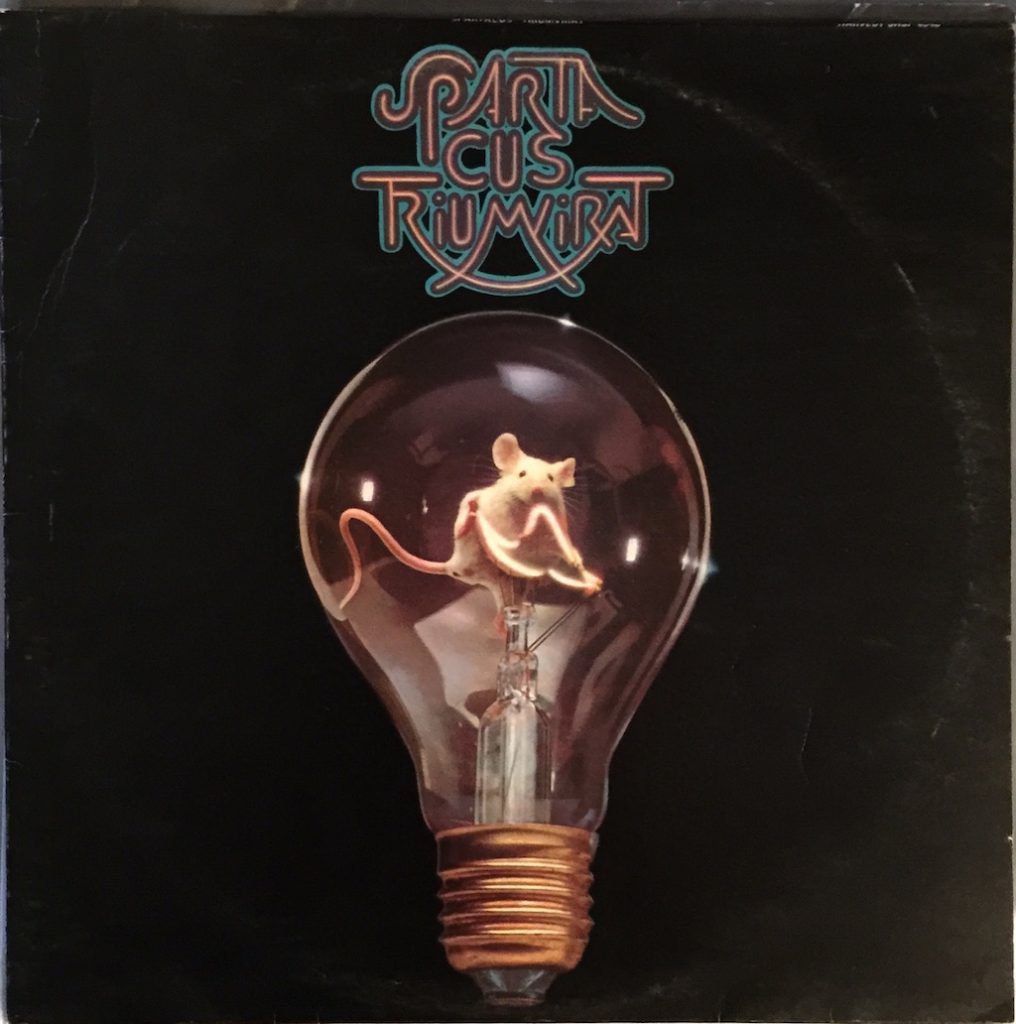 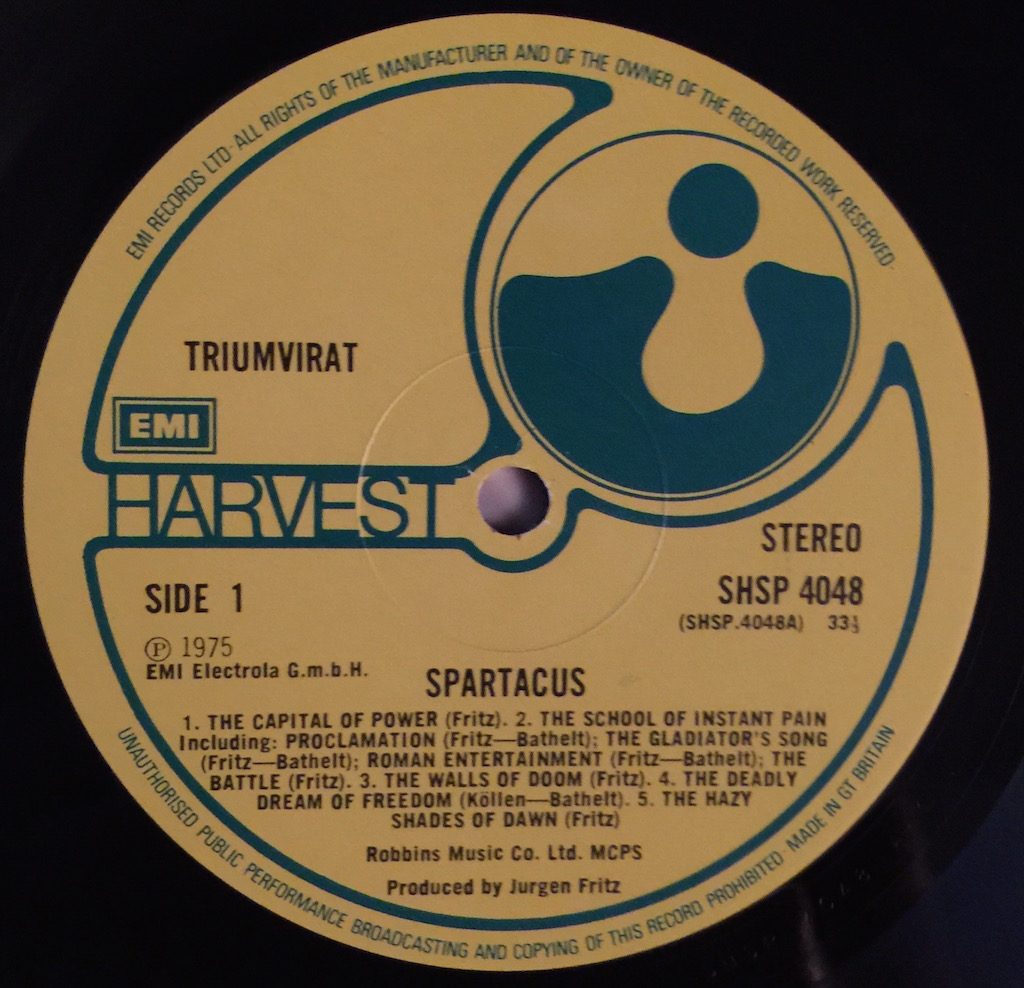 The band was relatively popular in Germany and the US edition of the album went fairly high on the Billboard charts. While a German pressing on Harvest is preferable, the common US pressing on Capitol is always available at any used record shop for next to nothing.

[1] Ken is the owner of The Laser’s Edge, which was formed in 1987 to distribute rare and obscure prog rock recordings. Since that time, Ken has some reissued some seriously rare recordings, and started a number of different record labels that cater to prog, psychedlia and fusion as well as current releases from active bands. A more in-depth sketch of Ken and his companies, which are known world-wide as an essential resource for prog rock, can be found here. You can find Ken and his companies here:

Although I don't have all the details yet, I have learned that Frederiksberg Records, a small, eclectic label from New York, is in the process of reissuing the hard to find (and even harder to pay for) jazz obscurity, Milt Ward and Virgo Spectrum. You can find out more by keeping tabs on Frederiksberg's Bandcamp page, https://frederiksbergrecords.bandcamp.com   I'm told there is a bootleg out there so be careful. Frederiksberg is doing this project with the participation of the family of Milt Ward, which is to be applauded. Hopefully, this will give more access to a great jazz record at a reasonable price. The Roots album reissue from Frederiksberg (which is sold out on vinyl on the Frederiksberg Records bandcamp site) still appears to be available through some online retailers as a pre-order, so that's another one to jump on now if you can find it-- the original is extremely pricey and … END_OF_DOCUMENT_TOKEN_TO_BE_REPLACED

Clem Snide- Forever Just Beyond With a name derived from a character in the same literary work as the band name so famously identified with the Walter Becker-Donald Fagen duo, Clem Snide has an extensive discography, typically cataloged as “alt country.” This latest release is the work of one of its founding members, Eef Barzelay, who was responsible for much of the songwriting and singing. According to his bio, Barzelay suffered some serious bumps in the road during the last decade, including a failing marriage and financial ruin. At the same time, he learned that Scott Avett was a fan and they found inspiration in each other, leading to this album- a collaboration of artistry where Avett and Barzelay share some writing credits and Avett produces. The result is a fresh, upbeat set of tunes that are appealing in their simplicity and refreshing in their sincerity. The band is first tier … END_OF_DOCUMENT_TOKEN_TO_BE_REPLACED

Muriel Grossmann- Reverence Muriel Grossmann continues her quest for musical ascension on Reverence, which was released on vinyl in early December, 2019 on the RR Gems label as a 2 LP set. The compositions are Grossmann’s, and the band is much the same as the group of seasoned musicians with whom she has worked for some time (and detailed in the review of her Golden Rule), but for one notable exception: the addition of a keyboard player who brings that rich, woody Hammond B-3 sound to a series of compositions devoted to Africa. In some ways, Ms. Grossmann’s exploration of the roots of jazz deliberately eschews any superficial attempt to make African music. Instead, she draws inspiration from its influences, which are wide ranging and deep—you can hear rhythm and blues sounds mixed with more traditional African instrumentation and polyrhythms and come away with something that is both … END_OF_DOCUMENT_TOKEN_TO_BE_REPLACED

Stylus Life- StylusTimer Stylus life is a recurring question in audio discussions. Some serious attention was devoted to the subject here, in Mike Bodell’s “The Finish Line for Your Phono Stylus.” That article examined the issue from a number of perspectives, including early studies, claims by cartridge manufacturers and real-life experiences by users. It also generated a long, interesting thread on the Steve Hoffman forum that is worthwhile to read. The Hoffman thread also generated an experiment by Ray Parkhurst who documented the wear of a new stylus under certain controlled conditions, which included a microscopic examination of the stylus at various time intervals over long hours of repeated play. See https://forums.stevehoffman.tv/threads/the-finish-line-for-your-phono-cartridge-stylus-wear-by-mike-bodell.842572/#post-21292730.   Whether you lean toward more optimistic … END_OF_DOCUMENT_TOKEN_TO_BE_REPLACED

Incoming! (More Interesting Records)  An "interesting record" to me offers something unexpected, whether it is a fresh take on a recognized genre, or something that opens a new way of experiencing instruments in combination. It does not have to be "strange" or challenging to listen to; in fact, I'm a sucker for a good melodic hook and enjoy technical prowess as much as anybody, but there has got to be something "more"-- an intangible that differentiates the record from the millions of others to which we all have access.   As mentioned in a recent editorial, a lot of records come in and not all get written up. It’s not an editorial decision or any reflection of the music or sonics; I only have so much time, and I tend not to write short blurbs, but longer (some may say ‘too long’) reviews. My “incoming” piles continue to grow as I publish. This series of short capsules is meant to … END_OF_DOCUMENT_TOKEN_TO_BE_REPLACED