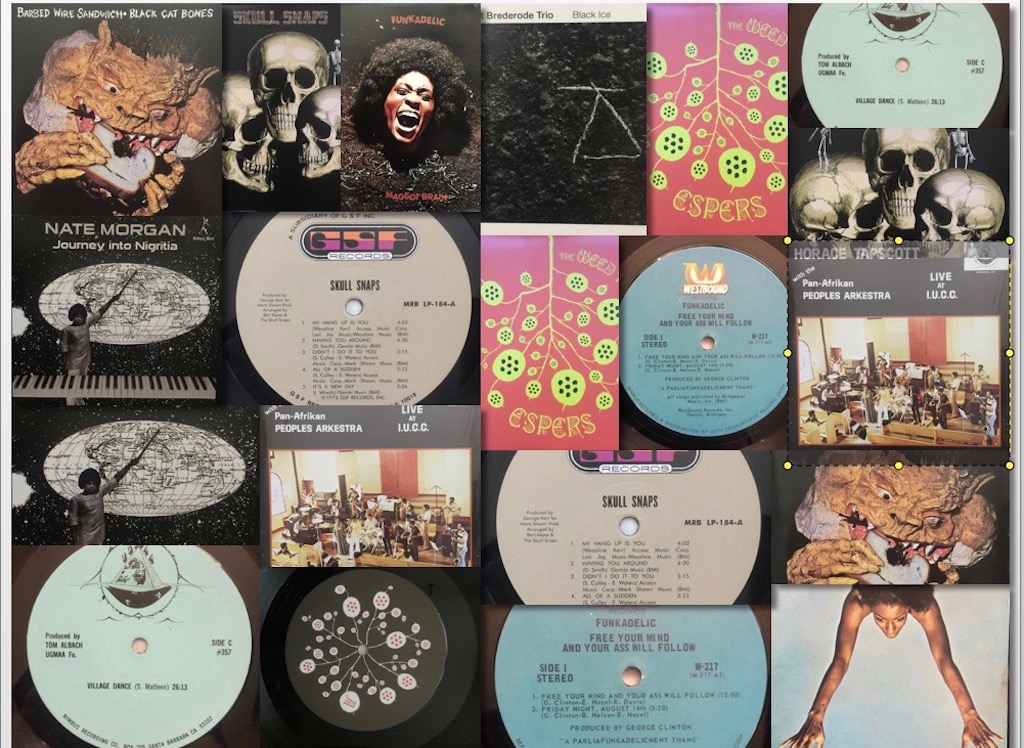 I cycle through a lot of records here—some are rare or obscure and many are deserving of further attention, but most don’t get covered simply due to time constraints. Many are overlooked and all are worthwhile, depending on your taste and sense of adventure.  Thus, this piece, highlighting records worthy of further exploration; some will get more in-depth reviews as time permits. 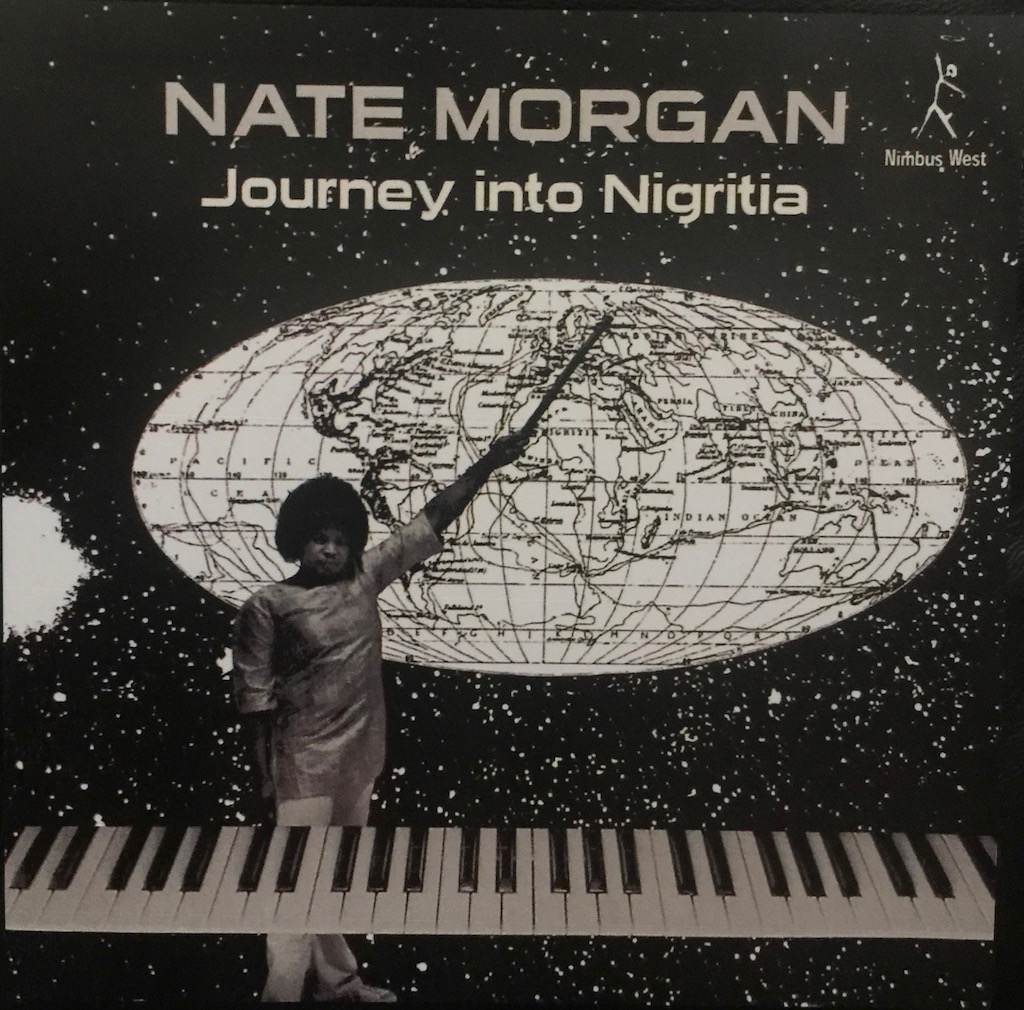 This comes from Nimbus West, another great label with an interesting mix of spiritual jazz records from the West Coast. This one is pure magic—Nate Morgan was a go-to player who bridged some of the more esoteric stuff, like Horace Tapscott (see below), with pure funk, like Rufus and Chaka Khan. This record is somewhat spare, highly melodic and wonderfully recorded. 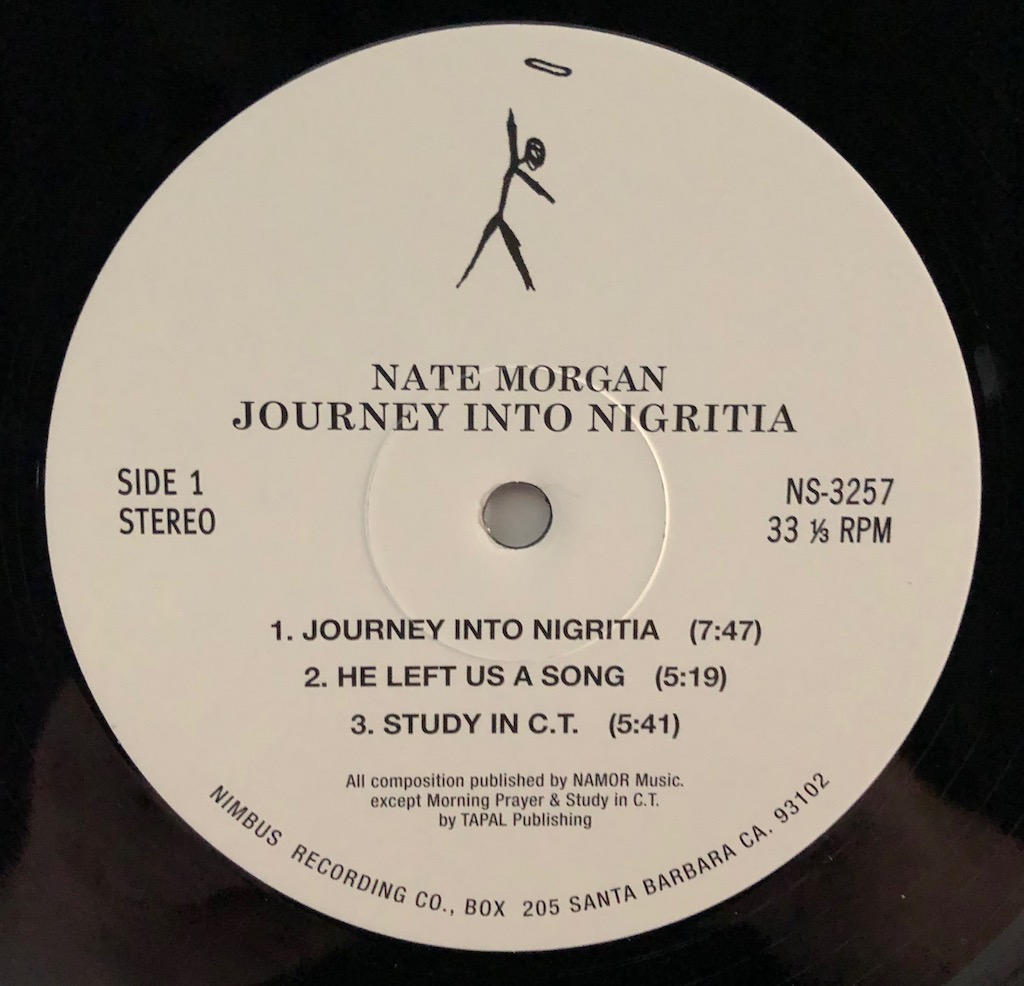 The original pressings are now dear, and the somewhat recent reissue from Nimbus West is also no longer easy to find. Worth the effort. 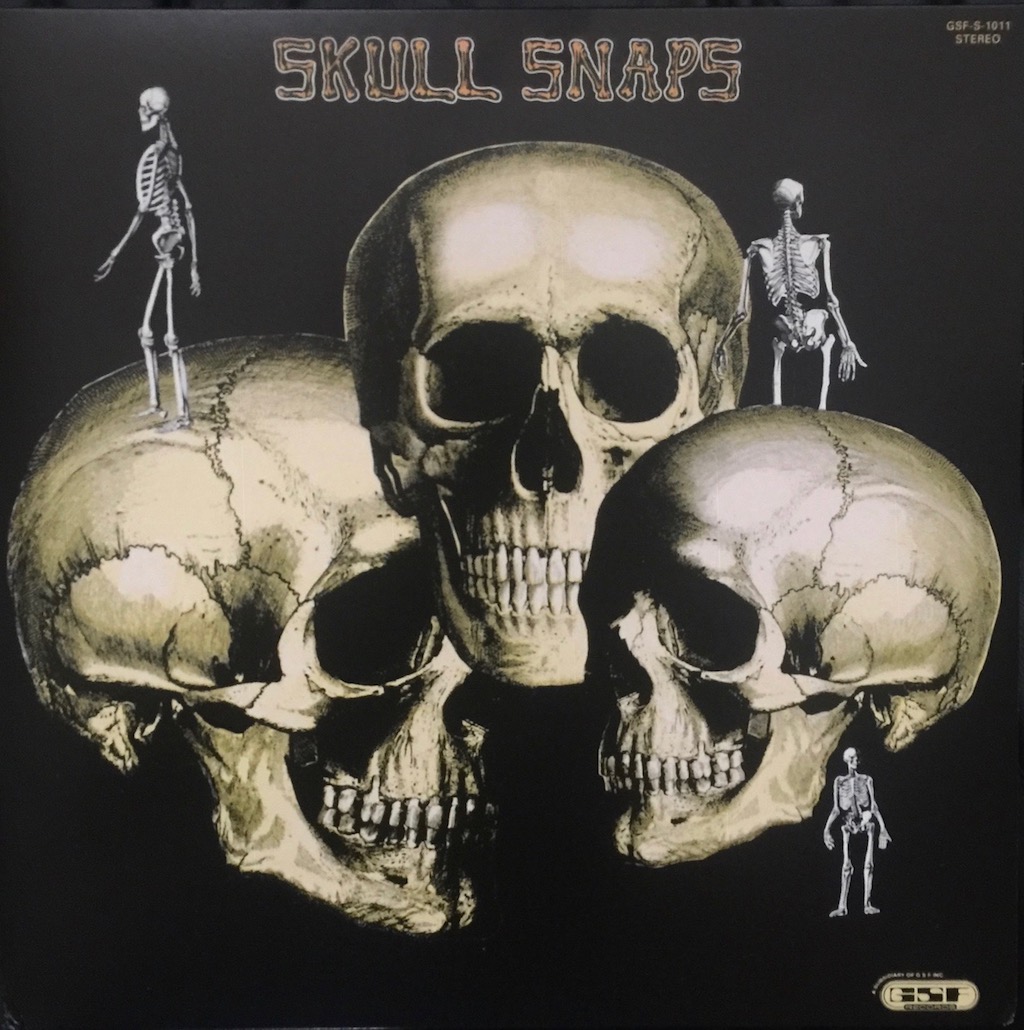 A completely strange record that has a cult following among the DJ/sampling crowd, it goes from sparkling, highly dynamic ethnic dance music that could trick you into a “south of the border” vibe into deep, old school R&B. A wonderful record- sonically, the reissue, from Mr. Bongo, is no revelation, but it is probably worth owning a copy, on the cheap, until you find an original in a bin. (Grab me one while you are at it). 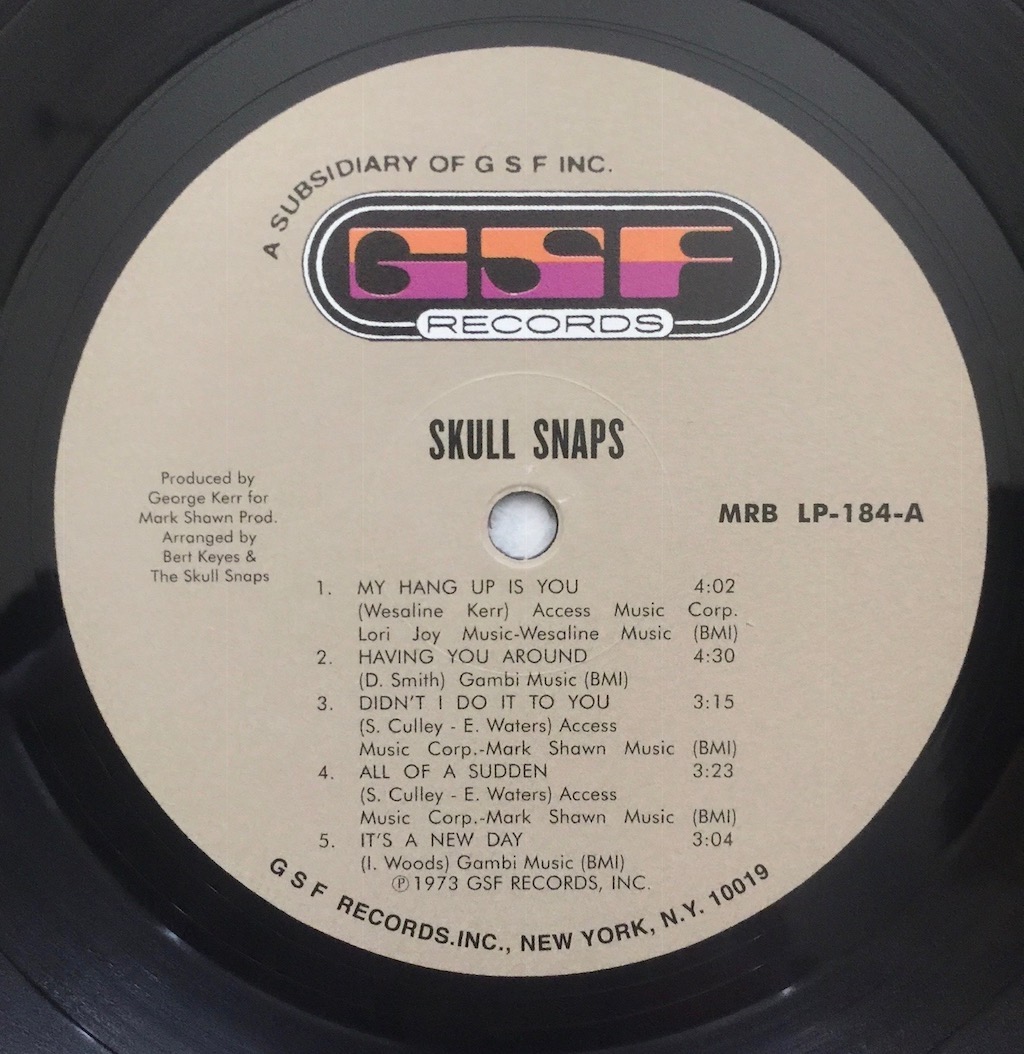 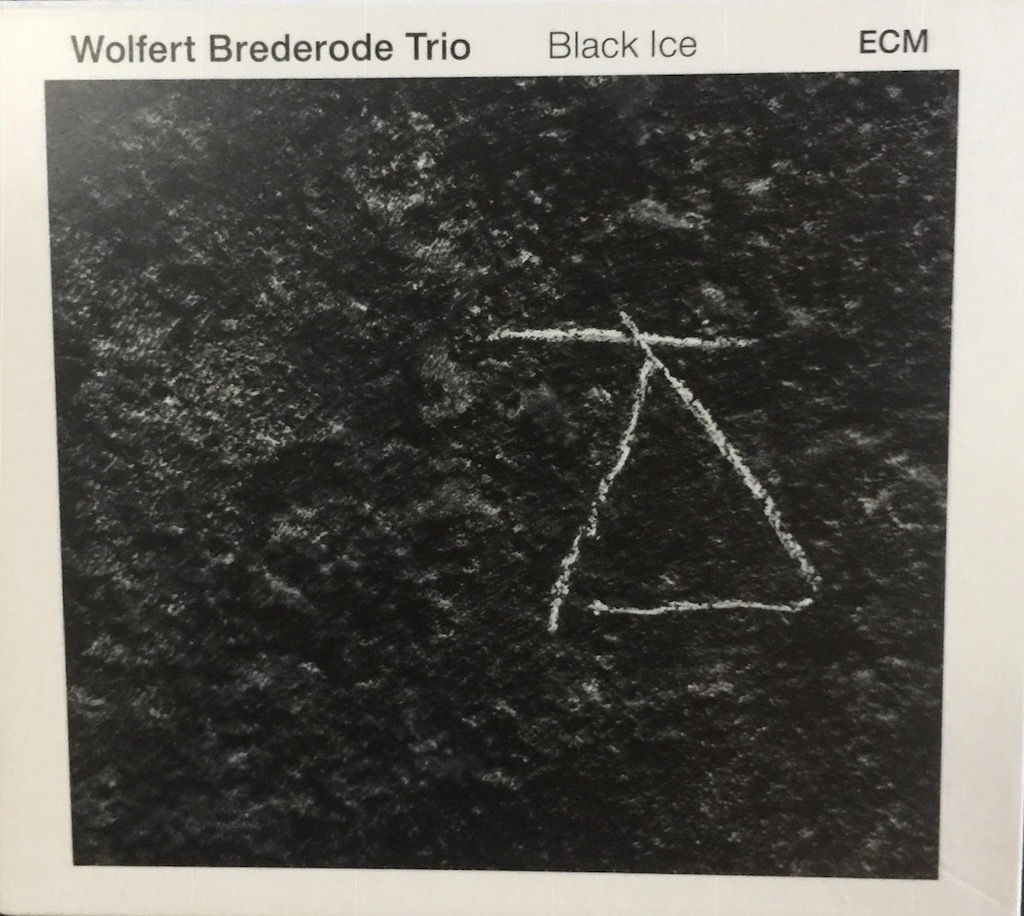 I don’t review CDs here, but this recording is so good, I’m making an exception. Stunning, spare, modern piano jazz on ECM. It’s still in print and won’t cost you much. Highly recommended.

Horace Tapscott With The Pan-Afrikan Peoples Arkestra- Live at I.U.C.C. 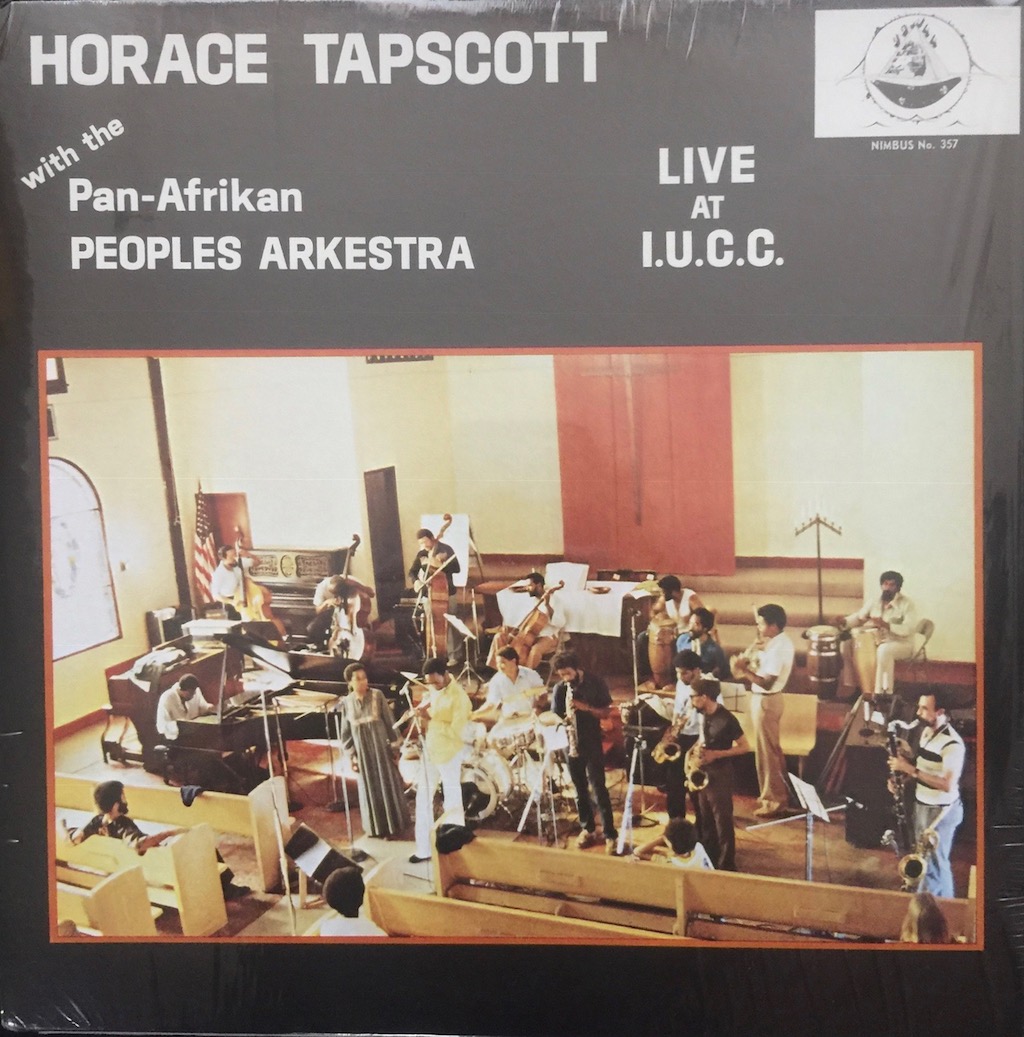 Take a deep dive on this one. Horace Tapscott, an LA jazz pianist with a bent for the eccentric, was the founder of the Pan Afrikan Peoples Arkestra, an “underground” confederation of LA-based jazz musicians who were unconstrained by commercial conventions. It’s a large ensemble playing afro-centric spiritual jazz recorded at the Immanuel United Church of Christ in LA, home of the “Ark” for a nearly a decade.

Side 3 of this live recording, entitled “Village Dance,” which begins with hand struck drums, lets you hear the hall; as the composition progresses, and additional percussion instruments keep stacking up in layers, the record conveys a 3d quality that sets the stage for what’s coming: the grandness of Tapscott’s piano, hitting minor keys and chiming rhythmically as strings, and eventually woodwinds, weigh in, bringing the whole orchestra to a crescendo of offbeat, almost symphonic, polyrhythmic grandeur. Magnificent playing, made all the more engaging by a live performance in a large, spacious sounding room.

Out of print from Nimbus West, probably worth buying now, rather than waiting. I found a seller with a box full of sealed copies. Worth every penny, this record is not going to get easier to find as time goes on.

Wendell Harrison- An Evening With the Devil 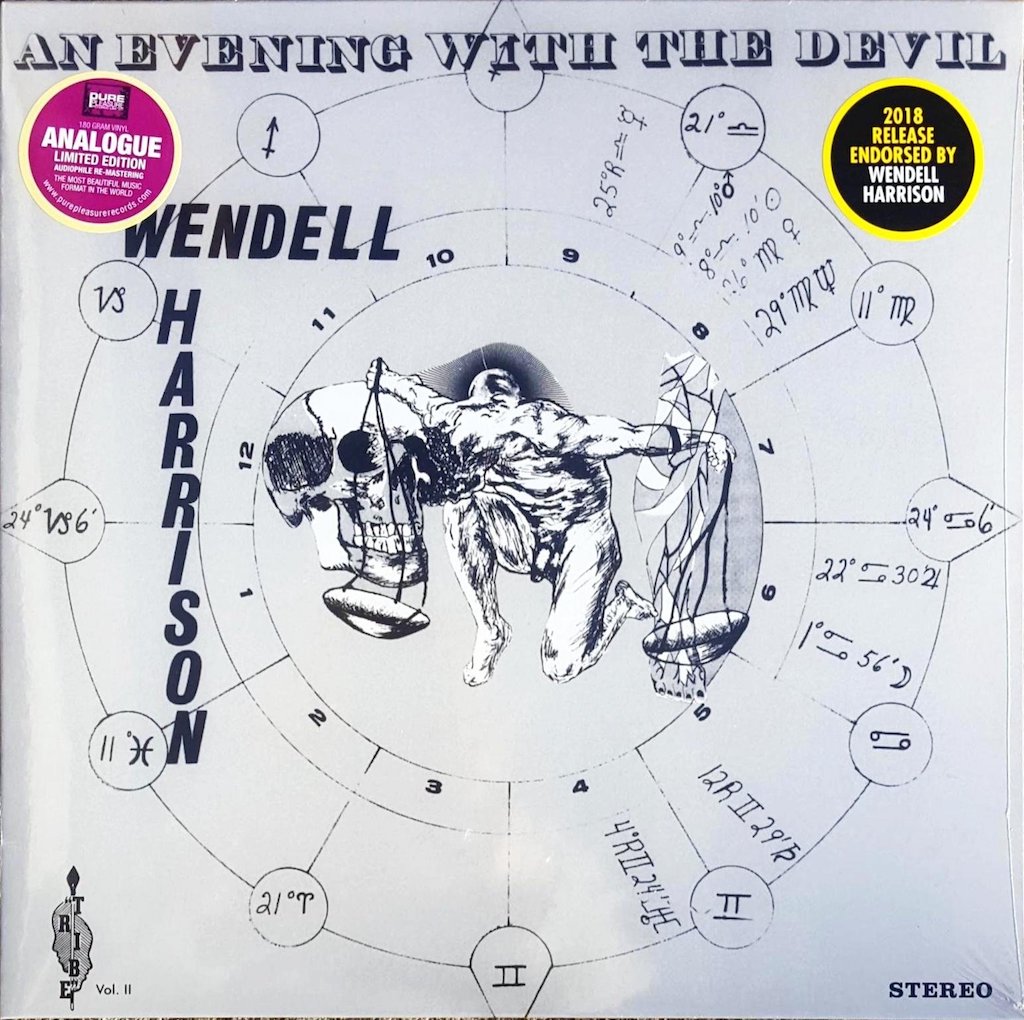 Early Funkadelics, including Free Your Mind and Your Ass Will Follow and Maggot Brain 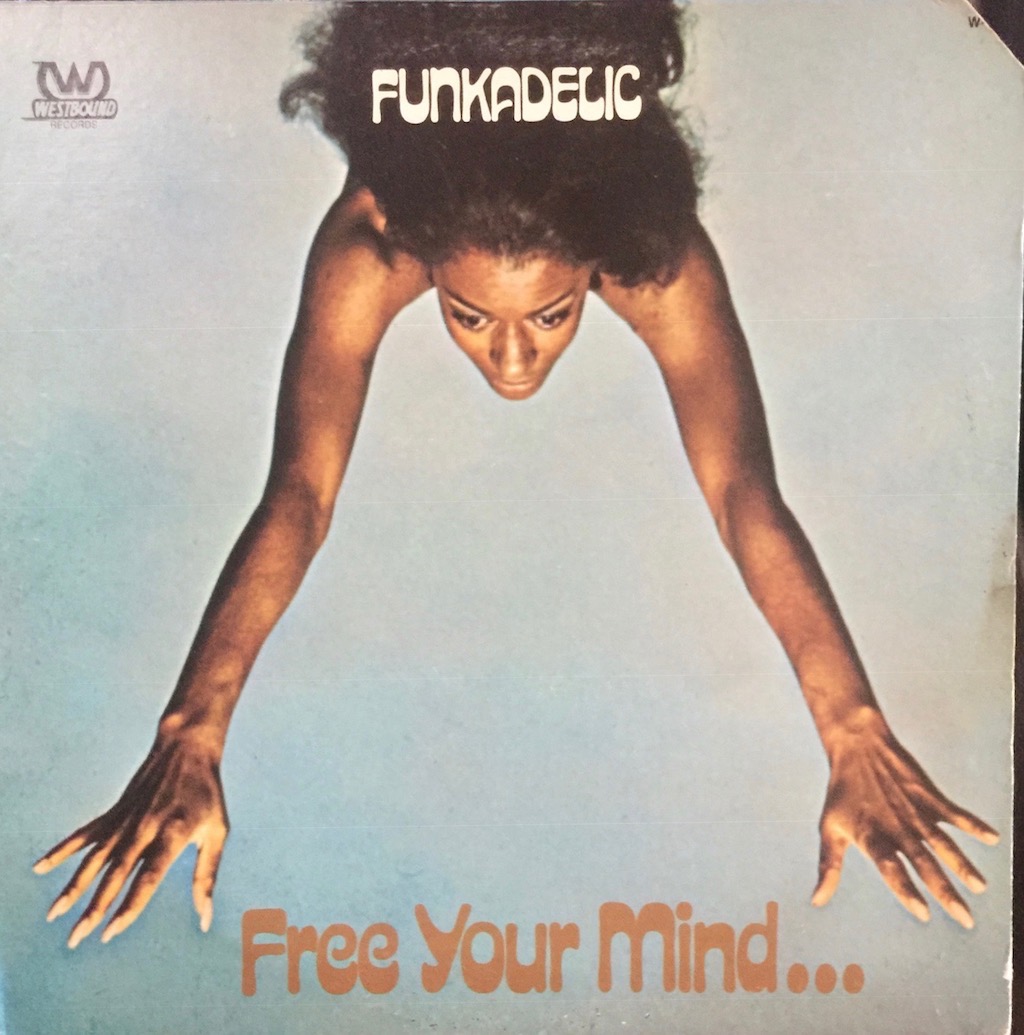 I’ll admit to some serious ignorance on the difference between all the various George Clinton spin-offs. The Funkadelics were not what you’d think: far more psychedelic than soul and harder rocking than Parliament or its variations, you’ll be sold by the title track to Maggot Brain: if anyone deserves the mantle of successor to Jimi Hendrix, it’s Eddie Hazel. 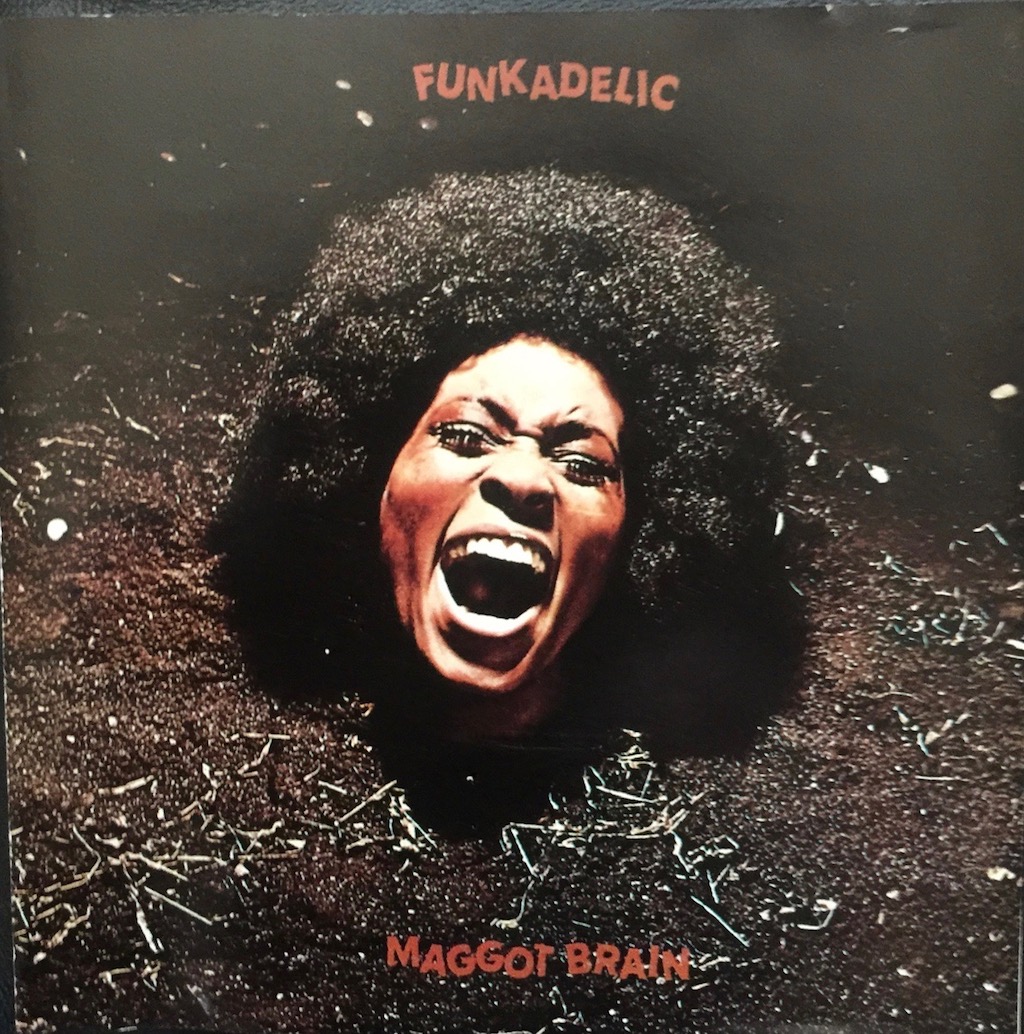 The challenge is that you are forced to buy an early-ish copy and those fetch big money these days. On the Westbound label, and originally distributed by Janus Records, later issues were distributed by 20thCentury Fox. 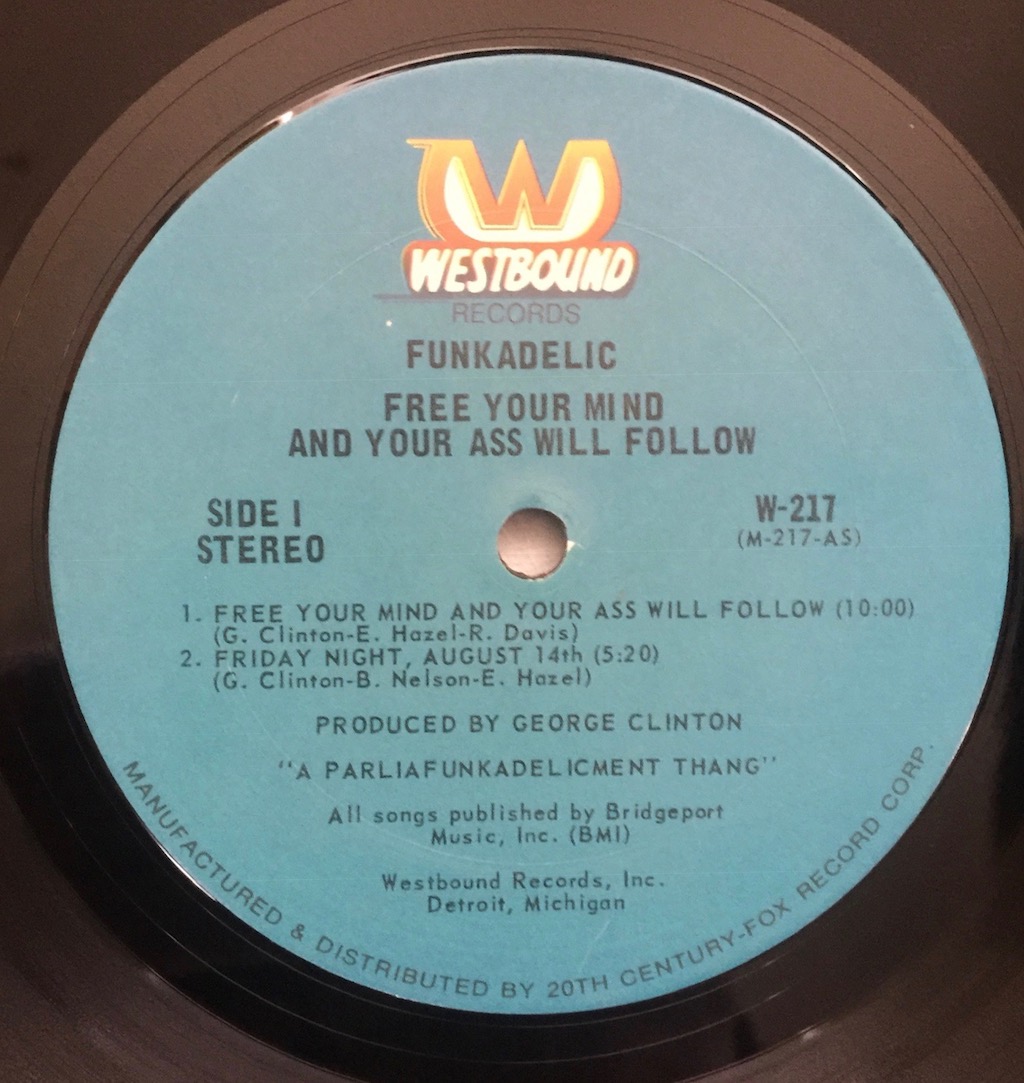 You may get a little relief with an early reissue from the mid-‘70s, but as far as I know, the more recent reissues are not taken from tape and may be a mixed bag. These were never audiophile records, but once you get bitten, you’ll start searching them out. Highly recommended. Not rare, but finding a good playing early pressing at a reasonable price will keep you busy. 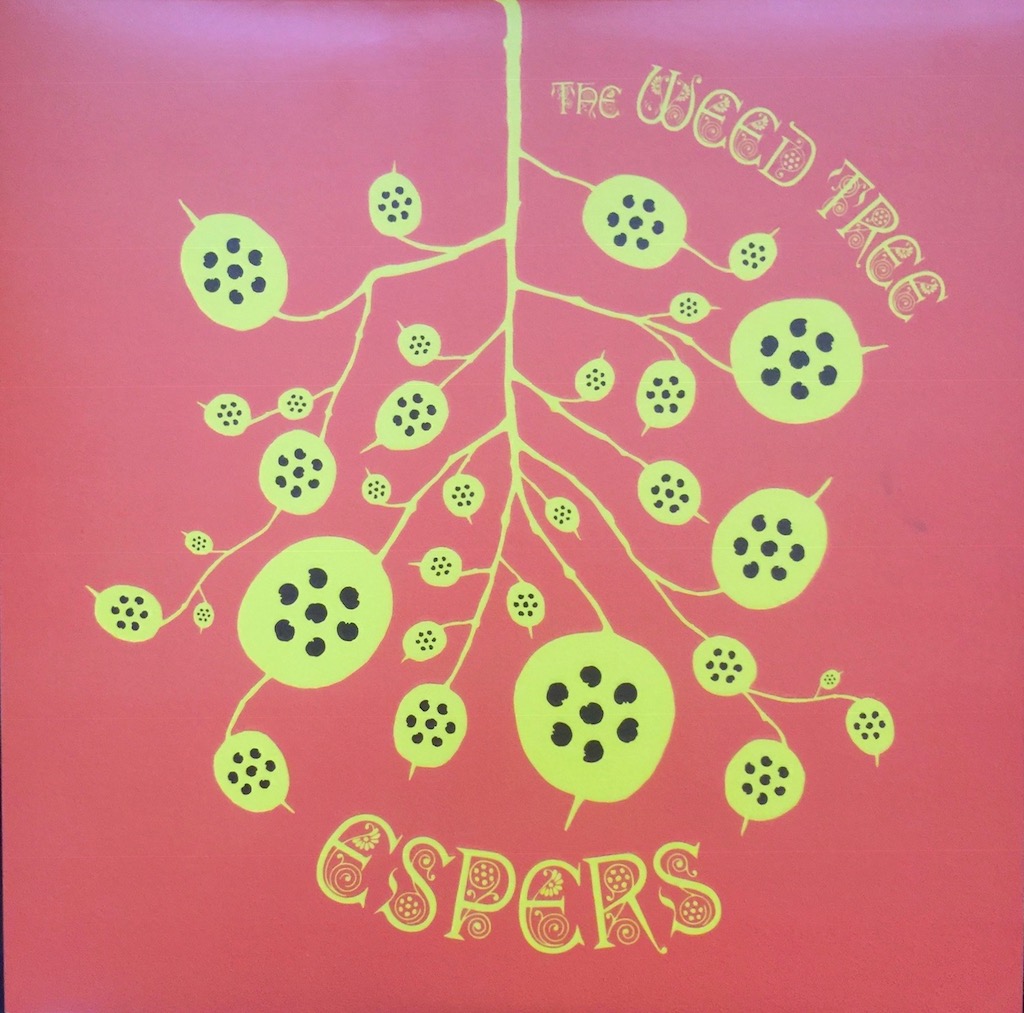 A stunning entry by Meg Baird, one of several psych-folk figures currently writing, performing and recording. Baird is prolific and actively involved in a number of different collaborative efforts, including recent releases by a harder psych band called Heron Oblivion.This record, released as part of the body of work of Philadephia-based psych folk band Espers, is one of their best in my estimation, and is still gettable for less than stupid money though long out of print.  It’s haunting, and depends on a mix of traditional American folk sounds with a psychedelic edge. Perhaps an acquired taste but one that is worth cultivating. 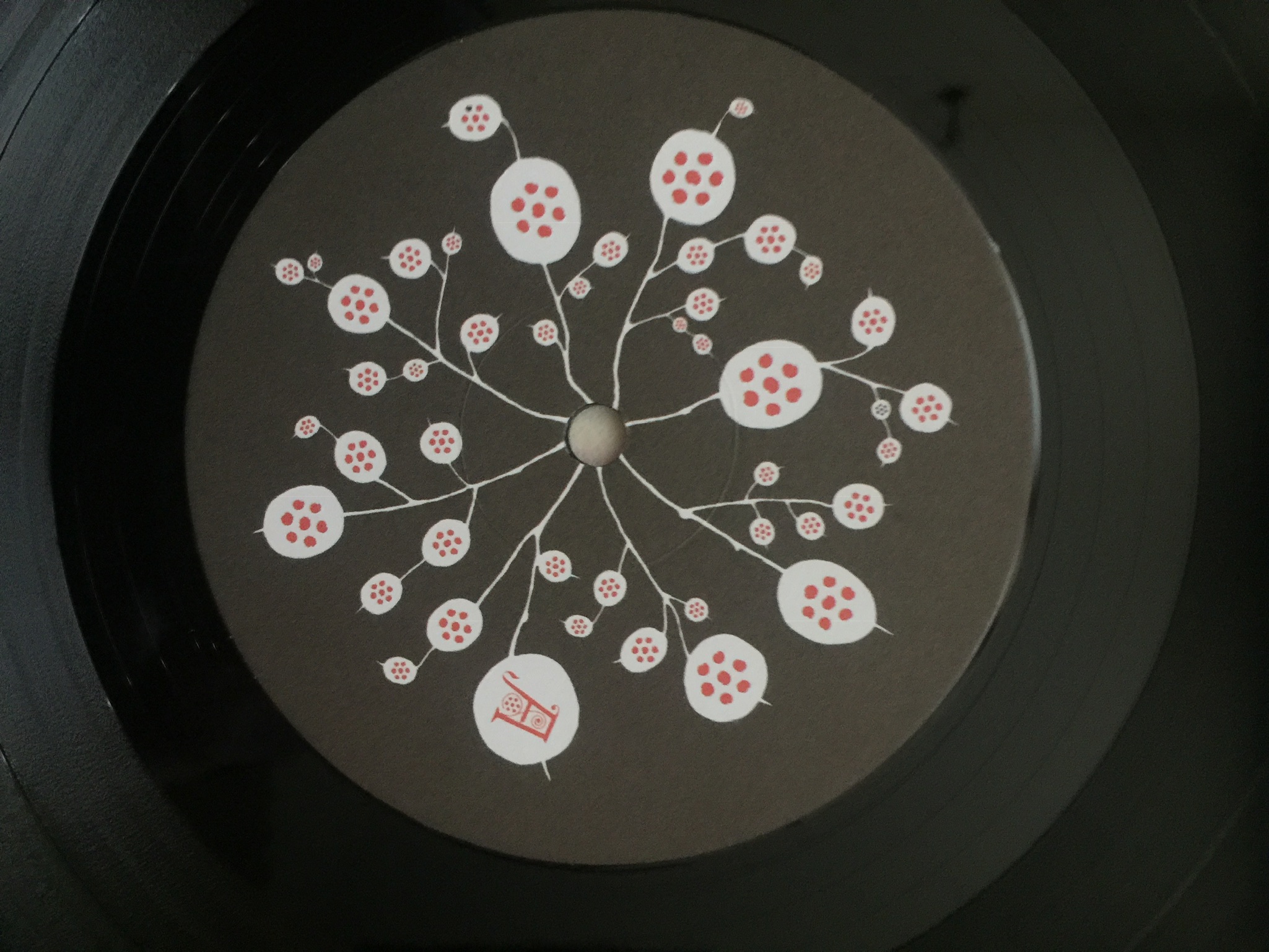 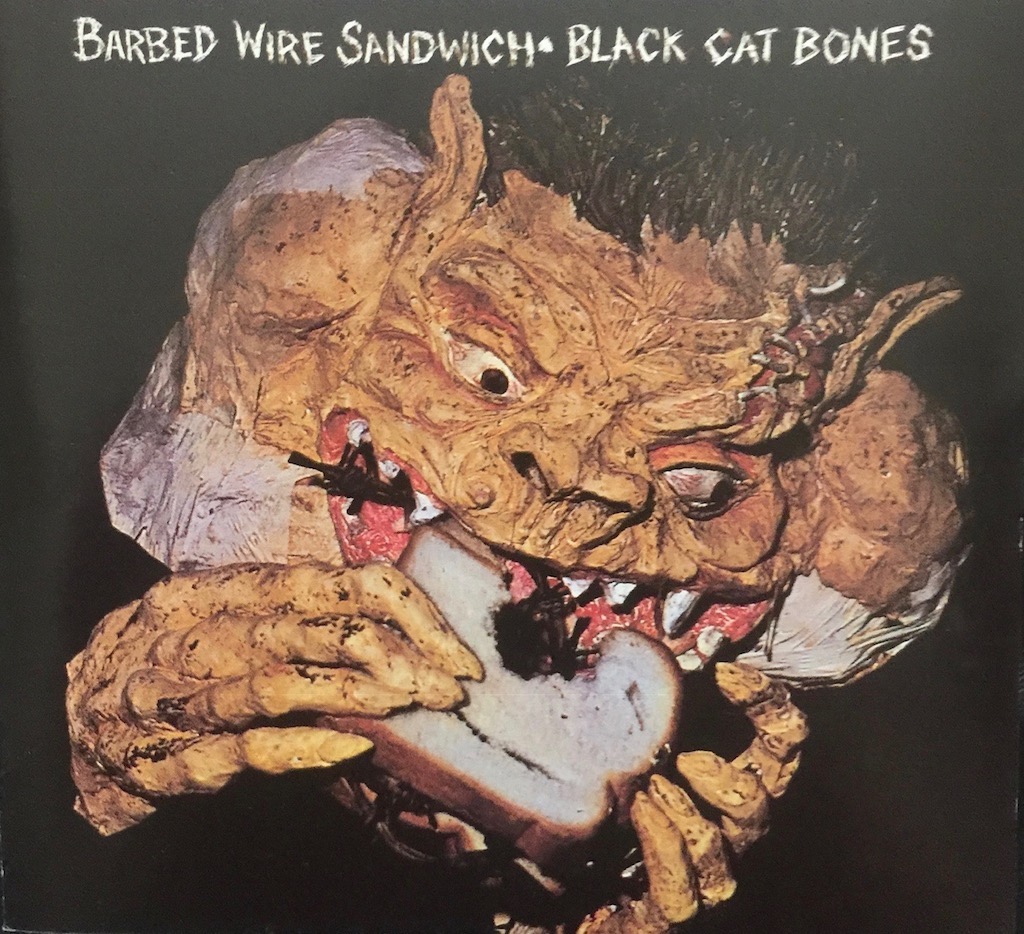 A precursor to the band Free, this is unpolished hard blues rock in the same vein as Tons of Sobs—lots of good, hard driving riffage and good vocal parts. Original Decca pressings are collector records these days; I settled for a US pressing which I will write about shortly. There is a CD from BGO that was allegedly pulled from the master tape.

Although I don't have all the details yet, I have learned that Frederiksberg Records, a small, eclectic label from New York, is in the process of reissuing the hard to find (and even harder to pay for) jazz obscurity, Milt Ward and Virgo Spectrum. You can find out more by keeping tabs on Frederiksberg's Bandcamp page, https://frederiksbergrecords.bandcamp.com   I'm told there is a bootleg out there so be careful. Frederiksberg is doing this project with the participation of the family of Milt Ward, which is to be applauded. Hopefully, this will give more access to a great jazz record at a reasonable price. The Roots album reissue from Frederiksberg (which is sold out on vinyl on the Frederiksberg Records bandcamp site) still appears to be available through some online retailers as a pre-order, so that's another one to jump on now if you can find it-- the original is extremely pricey and … END_OF_DOCUMENT_TOKEN_TO_BE_REPLACED

Clem Snide- Forever Just Beyond With a name derived from a character in the same literary work as the band name so famously identified with the Walter Becker-Donald Fagen duo, Clem Snide has an extensive discography, typically cataloged as “alt country.” This latest release is the work of one of its founding members, Eef Barzelay, who was responsible for much of the songwriting and singing. According to his bio, Barzelay suffered some serious bumps in the road during the last decade, including a failing marriage and financial ruin. At the same time, he learned that Scott Avett was a fan and they found inspiration in each other, leading to this album- a collaboration of artistry where Avett and Barzelay share some writing credits and Avett produces. The result is a fresh, upbeat set of tunes that are appealing in their simplicity and refreshing in their sincerity. The band is first tier … END_OF_DOCUMENT_TOKEN_TO_BE_REPLACED

Muriel Grossmann- Reverence Muriel Grossmann continues her quest for musical ascension on Reverence, which was released on vinyl in early December, 2019 on the RR Gems label as a 2 LP set. The compositions are Grossmann’s, and the band is much the same as the group of seasoned musicians with whom she has worked for some time (and detailed in the review of her Golden Rule), but for one notable exception: the addition of a keyboard player who brings that rich, woody Hammond B-3 sound to a series of compositions devoted to Africa. In some ways, Ms. Grossmann’s exploration of the roots of jazz deliberately eschews any superficial attempt to make African music. Instead, she draws inspiration from its influences, which are wide ranging and deep—you can hear rhythm and blues sounds mixed with more traditional African instrumentation and polyrhythms and come away with something that is both … END_OF_DOCUMENT_TOKEN_TO_BE_REPLACED

Stylus Life- StylusTimer Stylus life is a recurring question in audio discussions. Some serious attention was devoted to the subject here, in Mike Bodell’s “The Finish Line for Your Phono Stylus.” That article examined the issue from a number of perspectives, including early studies, claims by cartridge manufacturers and real-life experiences by users. It also generated a long, interesting thread on the Steve Hoffman forum that is worthwhile to read. The Hoffman thread also generated an experiment by Ray Parkhurst who documented the wear of a new stylus under certain controlled conditions, which included a microscopic examination of the stylus at various time intervals over long hours of repeated play. See https://forums.stevehoffman.tv/threads/the-finish-line-for-your-phono-cartridge-stylus-wear-by-mike-bodell.842572/#post-21292730.   Whether you lean toward more optimistic … END_OF_DOCUMENT_TOKEN_TO_BE_REPLACED

Incoming! (More Interesting Records)  An "interesting record" to me offers something unexpected, whether it is a fresh take on a recognized genre, or something that opens a new way of experiencing instruments in combination. It does not have to be "strange" or challenging to listen to; in fact, I'm a sucker for a good melodic hook and enjoy technical prowess as much as anybody, but there has got to be something "more"-- an intangible that differentiates the record from the millions of others to which we all have access.   As mentioned in a recent editorial, a lot of records come in and not all get written up. It’s not an editorial decision or any reflection of the music or sonics; I only have so much time, and I tend not to write short blurbs, but longer (some may say ‘too long’) reviews. My “incoming” piles continue to grow as I publish. This series of short capsules is meant to … END_OF_DOCUMENT_TOKEN_TO_BE_REPLACED