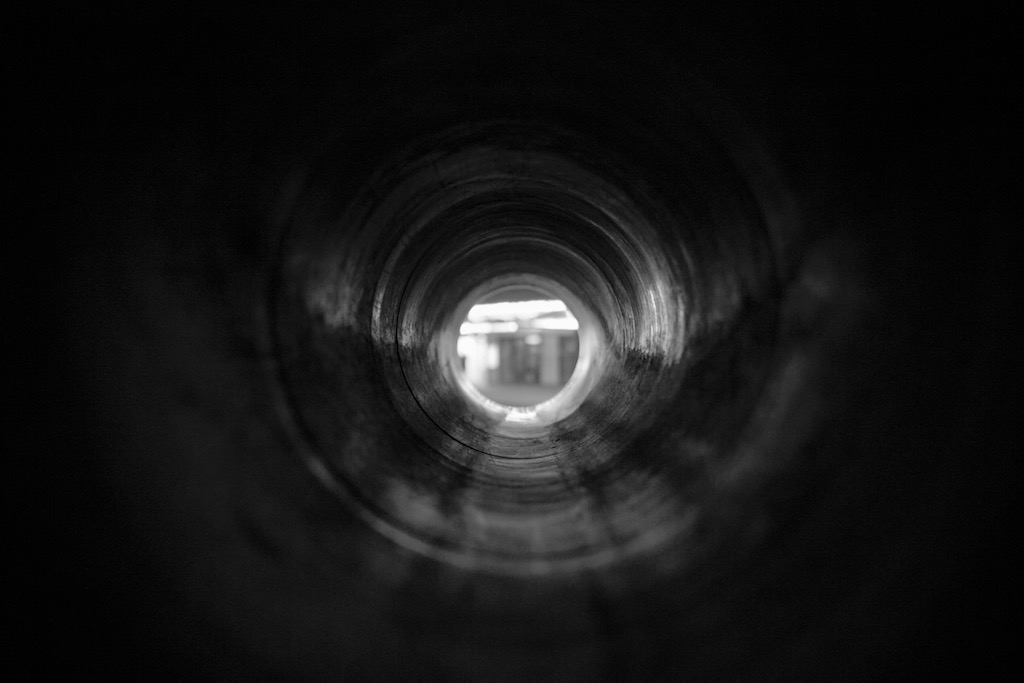 Precision Aqueous Cleaning of Vinyl Records by Neil Antin applies processes and methodologies developed by the U.S. Navy for precision cleaning of critical systems—such as oxygen systems on submarines—to the much more prosaic task of cleaning vinyl LPs. Mr. Antin’s work, documented in the paper attached here as a download, is not presented as some extraordinary way to clean an LP that will render all other cleaning methods obsolete; to the contrary, Neil details a very basic, economical manual cleaning process and takes us through each step of his record cleaning process with the sort of detail and rigor usually associated with mil-spec technical manuals.

Much of what is packed into the more than 80 pages of this paper explains the “why” of cleaning methods, a lot of it familiar, some of it not. Neil explains mostly in lay terms what is occurring during each step to the materials, the chemistry and how those affect the results.

One benefit of applying a “mil-spec” mentality to the record cleaning process is that we can largely eliminate the anecdotal or subjective; instead, the methods outlined by Mr. Antin are anchored in previously proven methods that are repeatable. Neil then challenges us with two existential questions: “What is clean?” and “When is a record clean?”

I was not familiar with Naval Systems Sea Command (“NAVSEA”) where Neil worked for more than three decades, but it is the organization responsible for procuring, engineering, maintaining and supporting the entire US naval fleet. That’s not just a lot of hardware. The ships and submarines are designed to last for 30+ years and the systems involved are truly “critical”: national security is involved and human lives depend on complex devices operating under extreme conditions. Cleaning and maintaining such systems to deliver consistently reliable performance in these conditions involves a level of quality and safety that are part of the culture. See generally, https://www.navsea.navy.mil

During his career there, Mr. Antin served as the NavSea technical authority for a number of precision cleaning and testing processes that are described in the brief biographical section of his paper, below.

Mr. Antin is also an audiophile and this paper had its origins in Neil’s decision to apply what he knew about precision cleaning processes to his own record collection. The paper presented here represents the first published version of his analysis. There is a huge amount of information packed into these pages, pulling data from the technical papers of the likes of RCA, NASA, NAVSEA, the EPA and other sources. It is simply beyond the capability and resources of most businesses to do the research and tests and generate the kind of data afforded by large scale industry and the military.

Interestingly, when LPs were a mainstream medium and were manufactured on a large scale by big corporations with a vested interest in the quality and marketplace success of their products, there was a considerable amount of research and development that was generally accessible to others in the industry through conventions, published papers and various trade organizations. The astute reader will notice that among the many references on which Mr. Antin relies is Harold Weiler’s booklet, “The Wear and Care of Records and Styli,” that was the touchstone for Mike Bodell’s recent article on stylus wear.

Some of Neil’s observations may seem intuitive- others may run counter to the accepted wisdom. But rather than present a set of conclusions with some supporting data to justify a particular product or result, Neil instead invites the reader to join him in examining each step of the process, involving the manual cleaning of an LP, to learn what is taking place. This is the “why” of it —what is happening on a mechanical, chemical and cleanliness level at each step.

Apart from identifying some basic and relatively inexpensive equipment and chemistry that is generally available to the DIY record cleaning crowd, there are, to be sure, a few surprises, but if the objective is to achieve a level of cleanliness that would meet “mil-spec” standards, this is the closest I think you’ll come. (I read my share of AES papers from the archive when the record industry was publishing findings and some of them touched on these issues but none, to my recollection, are as comprehensive this paper).

The second half of the paper, the discussion or rationale, isn’t necessarily an easy read. It is chock full of information that may require time and thinking to digest. There is the not so mundane understanding of water quality. There are various interactions between different types of cleaning chemicals. There are material compatibility issues between the various chemicals and the vinyl itself. And of course, part of record cleaning isn’t just to have the cleaning agent bind with the contaminants, but to effectively remove those contaminants, including any residual cleaning agent that may remain on the surface or in the grooves, once the cleaning agents have done their job.

Neil discusses visual techniques that can be used to evaluate how effectively particulate matter and residual matter, including the cleaning agents, have been removed.

The methods outlined in Precision Aqueous Cleaning of Vinyl Records can be readily adapted for use with conventional vacuum record cleaning machines, as well as to DIY ultrasonic cleaning methods, as Neil explains.

There are suggestions for filtering the air intake air on vacuum machines to minimize contamination if you use a vacuum record cleaning machine, like a VPI. There are also some valuable insights on filtering water- something that has become a norm in DIY ultrasonic record cleaning area.

Though the attached paper does not purport to offer any magic solutions or “silver bullets” that can lead to sonic bliss in one simple step, it provides valuable information even for those who are not inclined to “do it themselves” and prefer to rely on commercially available record cleaning equipment and chemistry.

Some readers may want a simple solution that doesn’t involve time and effort. This, I think, contributed to the initial acceptance of purpose-built ultrasonic cleaning machines for LPs. Those devices sold pretty well in the marketplace shortly after their introduction despite the high price tag—largely, I think, because they required only minimal effort, beyond loading a record and pushing a button. However, a lot of attention is now being paid to DIY ultrasonic cleaning, not just as a cost saving measure, but in an attempt to improve on the processes used in the commercial, made for records ultrasonic cleaners.

Some of the techniques in the paper can be adapted fairly simply by those not inclined to devote hours of time and effort to improving or changing their record cleaning processes.

Whether you adopt his simple manual cleaning process, or study this paper in depth and adopt some or all of the approaches outlined, there is considerable value in understanding the “why,”  which tells us much about the “how.” And in that respect, Mr. Antin’s paper, though it may seem daunting, is ultimately a very practical guide to both the “how” and “why” of effective record cleaning, leaving you with some latitude to make informed choices about how you want to approach these processes and apply them to your own cleaning methods.

I’ve long held the view that record cleaning is more about method than it is the particular equipment; Neil’s work not only seems to bear that out but explains why methods like pre-cleaning, agitation and rinse steps contribute to better results.

I learned a vast amount about the chemistry and the effectiveness of various steps in the cleaning process in the course of reading this paper in preparation for its publication. Whatever your degree of interest in learning more about the process of cleaning records effectively, I think you’ll find a lot to consider in reading Neil’s paper.  My thanks to Neil Antin for his Precision Aqueous Cleaning of Vinyl Records, which constitutes an invaluable contribution to field. The paper, in its entirety, can be downloaded below.

Muriel Grossmann- Reverence Muriel Grossmann continues her quest for musical ascension on Reverence, which was released on vinyl in early December, 2019 on the RR Gems label as a 2 LP set. The compositions are Grossmann’s, and the band is much the same as the group of seasoned musicians with whom she has worked for some time (and detailed in the review of her Golden Rule), but for one notable exception: the addition of a keyboard player who brings that rich, woody Hammond B-3 sound to a series of compositions devoted to Africa. In some ways, Ms. Grossmann’s exploration of the roots of jazz deliberately eschews any superficial attempt to make African music. Instead, she draws inspiration from its influences, which are wide ranging and deep—you can hear rhythm and blues sounds mixed with more traditional African instrumentation and polyrhythms and come away with something that is both … END_OF_DOCUMENT_TOKEN_TO_BE_REPLACED

Stylus Life- StylusTimer Stylus life is a recurring question in audio discussions. Some serious attention was devoted to the subject here, in Mike Bodell’s “The Finish Line for Your Phono Stylus.” That article examined the issue from a number of perspectives, including early studies, claims by cartridge manufacturers and real-life experiences by users. It also generated a long, interesting thread on the Steve Hoffman forum that is worthwhile to read. The Hoffman thread also generated an experiment by Ray Parkhurst who documented the wear of a new stylus under certain controlled conditions, which included a microscopic examination of the stylus at various time intervals over long hours of repeated play. See https://forums.stevehoffman.tv/threads/the-finish-line-for-your-phono-cartridge-stylus-wear-by-mike-bodell.842572/#post-21292730.   Whether you lean toward more optimistic … END_OF_DOCUMENT_TOKEN_TO_BE_REPLACED

Incoming! (More Interesting Records)  An "interesting record" to me offers something unexpected, whether it is a fresh take on a recognized genre, or something that opens a new way of experiencing instruments in combination. It does not have to be "strange" or challenging to listen to; in fact, I'm a sucker for a good melodic hook and enjoy technical prowess as much as anybody, but there has got to be something "more"-- an intangible that differentiates the record from the millions of others to which we all have access.   As mentioned in a recent editorial, a lot of records come in and not all get written up. It’s not an editorial decision or any reflection of the music or sonics; I only have so much time, and I tend not to write short blurbs, but longer (some may say ‘too long’) reviews. My “incoming” piles continue to grow as I publish. This series of short capsules is meant to … END_OF_DOCUMENT_TOKEN_TO_BE_REPLACED

More on Milt Ward and Virgo Spectrum Courtesy of Bill Pierce, the former Chair of Woodwinds at Berklee. Pierce worked with Milt Ward in the late ‘60s, including a stint as part of the horn section for Stevie Wonder. Pierce figures prominently on the album, Milt Ward and Virgo Spectrum; I have added his recollections to the feature article.   (Scroll down to the bottom of the article). My thanks to Bill Pierce, whose band, the Ralph Peterson Messenger Legacy, is currently active and touring.     … END_OF_DOCUMENT_TOKEN_TO_BE_REPLACED

A Phono Bargain or Three The ever-resourceful Steve Leung (VAS) built me a Franken-Denon 103, repotted in a wooden body with a micro-ridge stylus. In my estimation, it's a phono bargain, given its performance. Wonderful tone and an advanced stylus shape. I have zero experience with stock Denon 103 cartridges, a perennial favorite among budgeteers and tweakers. This Franken-cartridge took advantage of various tweaks that have been performed by DIY'ers and retipping shops over the years-- rebodying the cartridge, using elastomers to 'pot' the cartridge motor assembly into a new body and retipping the old school conical stylus with a more modern profile. Steve did it all in one swoop for me. I didn't even have to supply the stock Denon- he sourced it and did his thing. Set up on a Kuzma 4 Point 9, which is  currently mounted on my vintage Technics SP-10, I’ve now got the vintage Quad ESL … END_OF_DOCUMENT_TOKEN_TO_BE_REPLACED