home
You are here: Home / Features / Warner Records-The “Green Label” Era (and Beyond) 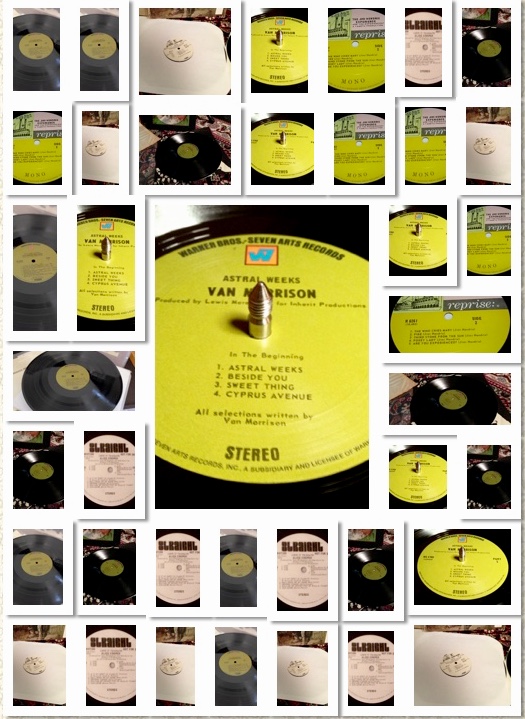 Although it did not have the historical legacy of Columbia or RCA, by the late 60’s and early 70’s, Warner was a significant force in popular music. Its roster of talent was impressive and many of the recordings sound great. This “golden era” seemed to coalesce around several key figures and events: Mo Ostin, once Frank Sinatra’s executive and numbers guy at Reprise (Ostin majored in economics at UCLA), was put into place after Warner acquired Reprise Records in the early 60’s; Ostin, who developed the reputation of being very artist “friendly,” brought Lenny Waronker on board, who did much to make the company attractive as a platform for new artists in the emerging rock scene. The eventual acquisition of Atlantic Records brought that legendary R&B label, with the artistic sensibility of the Erteguns (and Jerry Wexler) into the fold. Elektra soon followed, as did Asylum. In house, Russ Titelman and Ted Templeman, among others, brought their considerable talents to the label, cultivating a sound that helped define the West Coast as the popular music incubator of the 70’s. It also didn’t hurt that Warner picked up the rights to many significant British acts, like Tull, Deep Purple and Black Sabbath; Reprise had also signed Hendrix (more about that separately).

The “green label” was phased out in the early 70’s (at least in the States) and transitioned to the “Burbank palm trees” (and eventually to the cream-colored label with the small WB logo). However, I am going to approach this – a massive body of significant artistic work—by referring to the “green label” as a starting point for a whole era of music. Given the size of the Warner catalog (including the various labels under the Warner umbrella), I can, at best, hit some high points and illuminate them (with some help from others) along the way. I will also pay attention to the pressings- I have quite a few good ones in my collection and will offer some observations about those.

Shifting focus from two significant UK labels from the 60’s (Vertigo Swirl and Island “pink label” recently covered on this site) to a U.S. “West Coast” label in the 70’s also parallels a shift that took place in popular music at the time; moving away from the blues-based psychedelia and distinctively English sounds of the late 60’s to the “singer –songwriter” era of the 70’s. There were of course, exceptions, including Jimi Hendrix (Reprise), the blue-eyed soul of Van Morrison on Warners, and the emergence of bands like The Eagles (on Asylum)[1], which began as a country-rock act and was transformed into an arena-rock anthem band. Little Feat, that strange mix of Zappa-esque boogie, cut some significant early records on Warners during Lowell George era. The sweet-voiced Bonnie Raitt was signed to Warners for a run of great albums that mixed ballads with rootsy blues.

But, this was the era of James Taylor, Joni Mitchell, Neil Young, Jackson Browne, and a throng of other folk-rock acts that defined the early 70’s sound, along with coterie of sidemen that I often refer to as “the L.A. rock mafia.” More about that later. Some great stuff from Warner Records during this era, and many wonderful old records that can be found in the bins, many at modest cost, that we will explore.

Links to the individual articles (which will be supplemented) as they are published are now contained in a separate index, here:

Warner Green Label (and Beyond) Summary of Related Articles

[1] My definitional approach is not rigid, since I’m going to ignore (for now) the behemoth of Led Zeppelin, signed to Atlantic, a Warner label. Ditto, Bob Dylan, who recorded Planet Waves and Before the Flood on Asylum.

Although I don't have all the details yet, I have learned that Frederiksberg Records, a small, eclectic label from New York, is in the process of reissuing the hard to find (and even harder to pay for) jazz obscurity, Milt Ward and Virgo Spectrum. You can find out more by keeping tabs on Frederiksberg's Bandcamp page, https://frederiksbergrecords.bandcamp.com   I'm told there is a bootleg out there so be careful. Frederiksberg is doing this project with the participation of the family of Milt Ward, which is to be applauded. Hopefully, this will give more access to a great jazz record at a reasonable price. The Roots album reissue from Frederiksberg (which is sold out on vinyl on the Frederiksberg Records bandcamp site) still appears to be available through some online retailers as a pre-order, so that's another one to jump on now if you can find it-- the original is extremely pricey and … END_OF_DOCUMENT_TOKEN_TO_BE_REPLACED

Clem Snide- Forever Just Beyond With a name derived from a character in the same literary work as the band name so famously identified with the Walter Becker-Donald Fagen duo, Clem Snide has an extensive discography, typically cataloged as “alt country.” This latest release is the work of one of its founding members, Eef Barzelay, who was responsible for much of the songwriting and singing. According to his bio, Barzelay suffered some serious bumps in the road during the last decade, including a failing marriage and financial ruin. At the same time, he learned that Scott Avett was a fan and they found inspiration in each other, leading to this album- a collaboration of artistry where Avett and Barzelay share some writing credits and Avett produces. The result is a fresh, upbeat set of tunes that are appealing in their simplicity and refreshing in their sincerity. The band is first tier … END_OF_DOCUMENT_TOKEN_TO_BE_REPLACED

Muriel Grossmann- Reverence Muriel Grossmann continues her quest for musical ascension on Reverence, which was released on vinyl in early December, 2019 on the RR Gems label as a 2 LP set. The compositions are Grossmann’s, and the band is much the same as the group of seasoned musicians with whom she has worked for some time (and detailed in the review of her Golden Rule), but for one notable exception: the addition of a keyboard player who brings that rich, woody Hammond B-3 sound to a series of compositions devoted to Africa. In some ways, Ms. Grossmann’s exploration of the roots of jazz deliberately eschews any superficial attempt to make African music. Instead, she draws inspiration from its influences, which are wide ranging and deep—you can hear rhythm and blues sounds mixed with more traditional African instrumentation and polyrhythms and come away with something that is both … END_OF_DOCUMENT_TOKEN_TO_BE_REPLACED

Stylus Life- StylusTimer Stylus life is a recurring question in audio discussions. Some serious attention was devoted to the subject here, in Mike Bodell’s “The Finish Line for Your Phono Stylus.” That article examined the issue from a number of perspectives, including early studies, claims by cartridge manufacturers and real-life experiences by users. It also generated a long, interesting thread on the Steve Hoffman forum that is worthwhile to read. The Hoffman thread also generated an experiment by Ray Parkhurst who documented the wear of a new stylus under certain controlled conditions, which included a microscopic examination of the stylus at various time intervals over long hours of repeated play. See https://forums.stevehoffman.tv/threads/the-finish-line-for-your-phono-cartridge-stylus-wear-by-mike-bodell.842572/#post-21292730.   Whether you lean toward more optimistic … END_OF_DOCUMENT_TOKEN_TO_BE_REPLACED

Incoming! (More Interesting Records)  An "interesting record" to me offers something unexpected, whether it is a fresh take on a recognized genre, or something that opens a new way of experiencing instruments in combination. It does not have to be "strange" or challenging to listen to; in fact, I'm a sucker for a good melodic hook and enjoy technical prowess as much as anybody, but there has got to be something "more"-- an intangible that differentiates the record from the millions of others to which we all have access.   As mentioned in a recent editorial, a lot of records come in and not all get written up. It’s not an editorial decision or any reflection of the music or sonics; I only have so much time, and I tend not to write short blurbs, but longer (some may say ‘too long’) reviews. My “incoming” piles continue to grow as I publish. This series of short capsules is meant to … END_OF_DOCUMENT_TOKEN_TO_BE_REPLACED