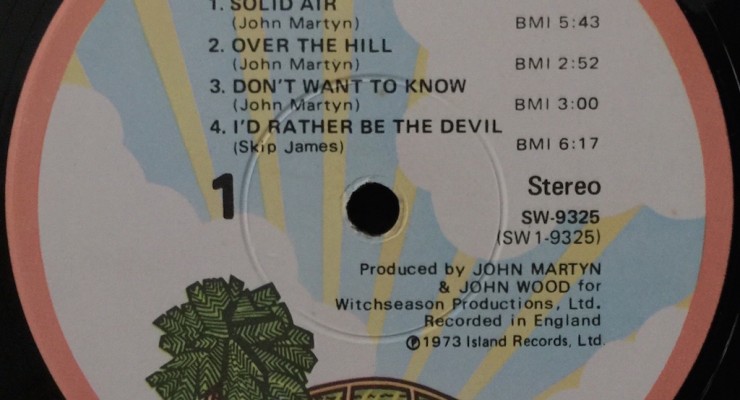 Long associated with Chris Blackwell’s Island Records, John Martyn’s most enduring album, Solid Air, is now considered a classic representation of British folk-jazz fusion by a troubadour raised in Scotland who did not consider himself a folk artist. A troubled and mercurial character, Martyn worked with some of the best musicians and behind the scenes talent in the business—including Levon Helm and Stevie Winwood– but never seemed to achieve his due. By the time of this album, Martyn had parted ways with Joe Boyd, the preeminent producer of the English folk movement at the... Read More 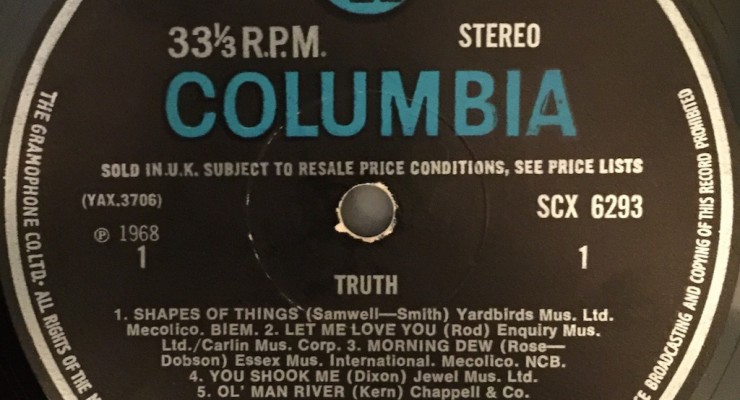 There’s a lot of controversy, if not fallacy about this, an album (somewhat ironically) entitled “Truth”: often credited as the first heavy metal album; the record that Jimmy Page allegedly used as a template for Led Zeppelin 1, released a short time later; a “who is the better guitarist/innovator” meme that continues to polarize today, almost five decades later. It seems that you cannot approach Jeff Beck’s Truth without veering into Led Zeppelin 1 territory.   For the record, I don’t regard either album as “heavy metal.” It’s blues, cranked up, distorted,... Read More 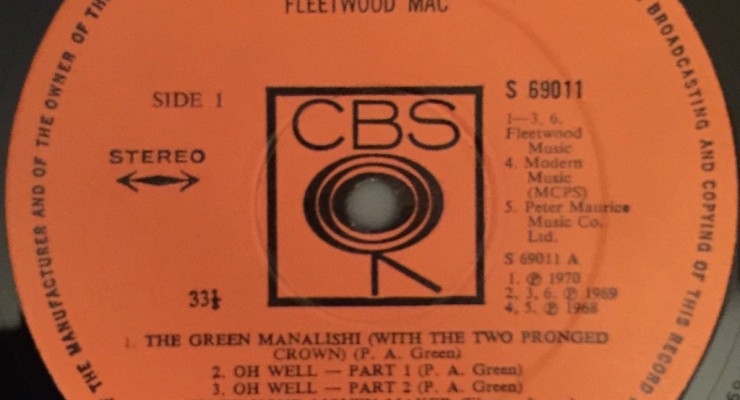 Any catalog of the Warner-related labels during their golden years would necessarily include the early Fleetwood Mac albums on Reprise- self-titled and Rumours, which sold in staggering quantities. Those albums, released on Reprise in 1975 and 1977, brought a level of international recognition to the band that endures today. But of far greater interest to me is the early Fleetwood Mac, a different band, with a darker, bluesy sound that featured the brilliant Peter Green. Those records did not make much of a dent in the U.S. market, even though one of the songs- “Black Magic... Read More 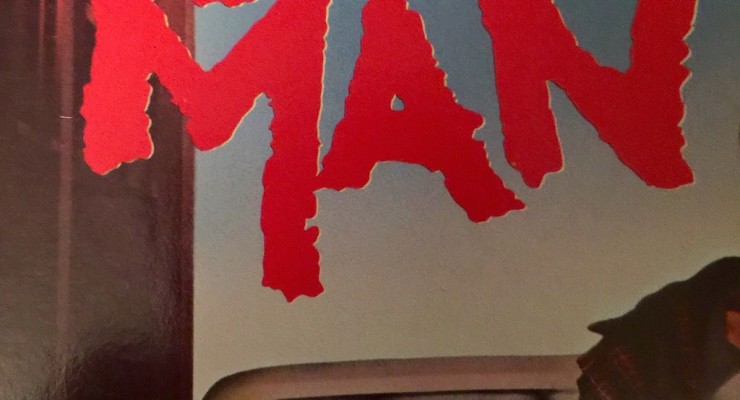 “There ain’t no difference between a flying saucer and a time machine…. People get so hung up on specifics they miss out on seeing the whole thing.” Miller, from Repo Man   Where to start? This is a decidedly “lo-fi” album of a soundtrack to a quirky “cult” film that featured aliens, punk rockers and the great Harry Dean Stanton as a deadpan “repo man.” Want more? Otto, played by Emilio Estevez, learns that his stoned-out parents have donated all their money to a televangelist, and hits the streets, only to be enlisted by “Bud” (Stanton), to “repo” a car.... Read More 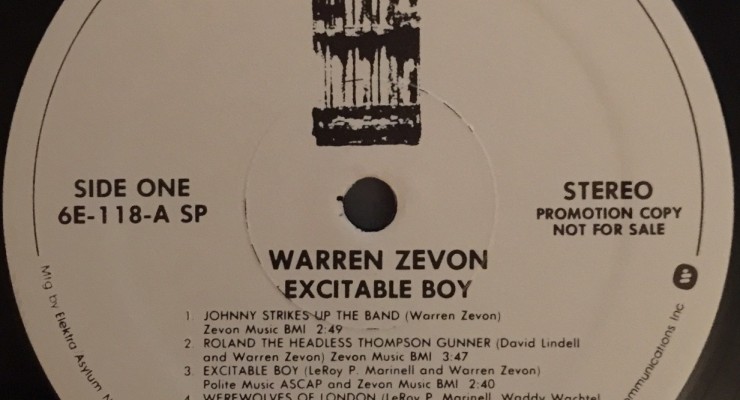 Warren Zevon wasn’t exactly a household name before Excitable Boy was released, but his recognition factor went through the roof thanks to this, his third album. Yes, it had the hit, “Werewolves of London”, but it also included a host of other noteworthy tracks including “Lawyers, Guns and Money, and “Roland the Headless Thompson Gunner.” His first album, on Asylum, was produced by Jackson Browne, who was on his way to becoming a multi-platinum selling singer-songwriter. Excitable Boy was also produced by Jackson Browne (and Waddy Wachtel) and is darkly humorous in what I think... Read More 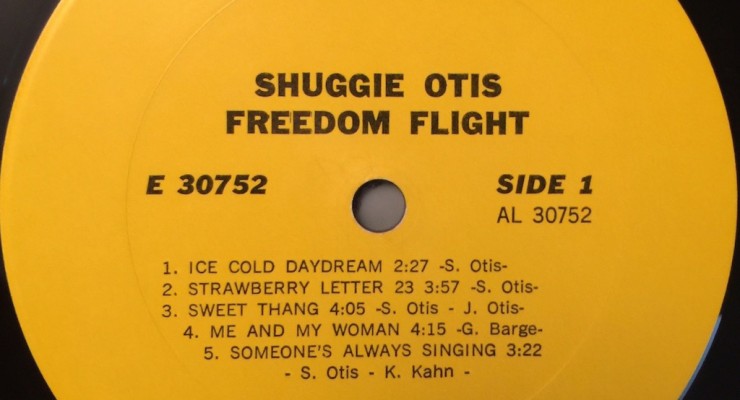 I’ve been meaning to write about this album for a while. It’s a seminal album, but doesn’t fit neatly into one genre; the artist deserves far greater public recognition, both as a writer and performer; the record, which led to one huge radio hit at the time (as covered by The Brothers Johnson), is not on most people’s radar today, though it is a classic. Part of this may be due to the fact that Otis chose to effectively withdraw from the music business for decades (though he did limited session work). Otis came from R&B “royalty”- his father, Johnny Otis, credited with... Read More 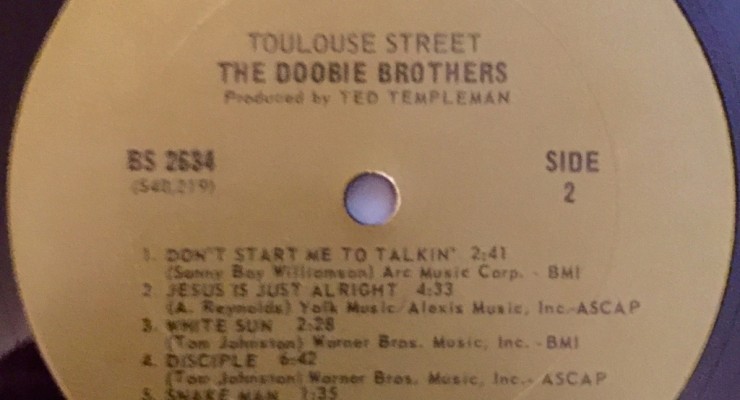 I’m not breaking any new ground here by saying that this album stands the test of time- it was a hugely successful record when it was released and still sounds fresh more than 40 years later. It was, for most people, their first introduction to the band, which went through personnel and stylistic changes over the years (and is, as of this writing, out on tour); but Toulouse Street captures the band at their best: thick, textured guitar riffs, two drummers, a mix of great songs, including two radio hits, “Listen to the Music” and “Jesus is Just Alright with Me.” It is also a... Read More 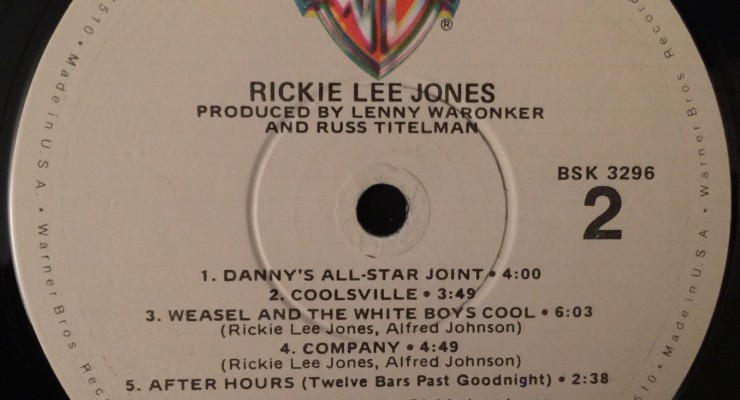 Rickie Lee Jone’s self-titled album was an auspicious debut in many respects: “Chuck E.’s in Love” generated almost constant airplay here in the States and elsewhere. (I spent the summer of 1980 in London and remember it as a radio constant there too). But it contained far more: moody, jazzy pop with a “hipster” (read: beatnik, not millennial) streak; studied reflections on emptiness (“Last Chance Texaco”), beat-driven jive (“Danny’s All-Star Joint”); stylized retro-pop from the 1940s (“Easy Money”) and street-smart cool (“Coolsville” and “Weasel and The... Read More 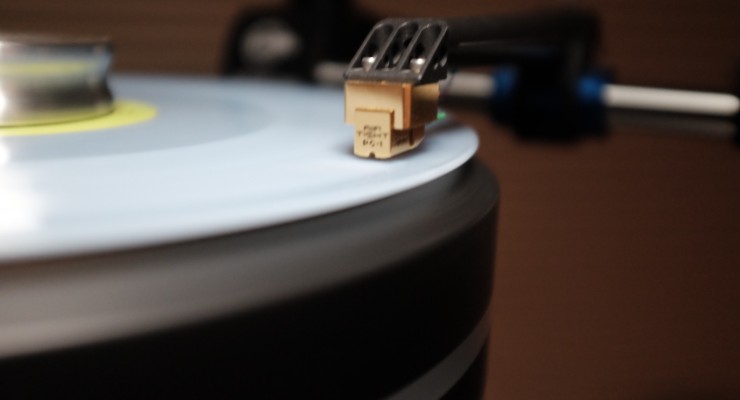 In my lead-up to this piece, I mentioned that I often accumulate more vinyl pressings of problematic recordings in search of a good sounding copy; Jethro Tull’s Aqualung is a good example. Some of the quirks in this recording were deliberate, e.g. the “Tannoy” effect (a/k/a the “telephone burble”) on the vocal parts of title track, which is a clever effect; but most copies seem to lack clarity or bass and there is considerable track to track variability in the sound quality. Some of it apparently had to do with adjusting to the acoustics of the large room the band recorded... Read More 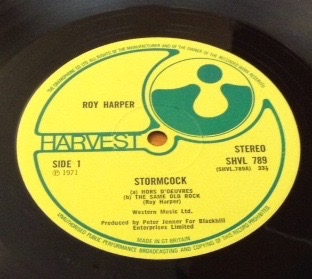 Roy Harper’s Stormcock is another one of those significant, but sorely underrated, albums that deserves renewed attention. Roy Harper was never a commercial success on this side of the Atlantic, and even in the UK, was considered an acquired taste. But he was hugely influential to bands like Led Zeppelin (whose “Hats Off to Roy Harper” is really a take on Bukka White’s old “Shake ‘Em on Down”) and is known to Pink Floyd fans as the lead vocalist of the song, “Have a Cigar” on the great Wish You Were Here. He also influenced Ian Anderson, whose baroque-like folk... Read More

Although I don't have all the details yet, I have learned that Frederiksberg Records, a small, eclectic label from New York, is in the process of reissuing the hard to find (and even harder to pay for) jazz obscurity, Milt Ward and Virgo Spectrum. You can find out more by keeping tabs on Frederiksberg's Bandcamp page, https://frederiksbergrecords.bandcamp.com   I'm told there is a bootleg out there so be careful. Frederiksberg is doing this project with the participation of the family of Milt Ward, which is to be applauded. Hopefully, this will give more access to a great jazz record at a reasonable price. The Roots album reissue from Frederiksberg (which is sold out on vinyl on the Frederiksberg Records bandcamp site) still appears to be available through some online retailers as a pre-order, so that's another one to jump on now if you can find it-- the original is extremely pricey and … END_OF_DOCUMENT_TOKEN_TO_BE_REPLACED

Clem Snide- Forever Just Beyond With a name derived from a character in the same literary work as the band name so famously identified with the Walter Becker-Donald Fagen duo, Clem Snide has an extensive discography, typically cataloged as “alt country.” This latest release is the work of one of its founding members, Eef Barzelay, who was responsible for much of the songwriting and singing. According to his bio, Barzelay suffered some serious bumps in the road during the last decade, including a failing marriage and financial ruin. At the same time, he learned that Scott Avett was a fan and they found inspiration in each other, leading to this album- a collaboration of artistry where Avett and Barzelay share some writing credits and Avett produces. The result is a fresh, upbeat set of tunes that are appealing in their simplicity and refreshing in their sincerity. The band is first tier … END_OF_DOCUMENT_TOKEN_TO_BE_REPLACED

Muriel Grossmann- Reverence Muriel Grossmann continues her quest for musical ascension on Reverence, which was released on vinyl in early December, 2019 on the RR Gems label as a 2 LP set. The compositions are Grossmann’s, and the band is much the same as the group of seasoned musicians with whom she has worked for some time (and detailed in the review of her Golden Rule), but for one notable exception: the addition of a keyboard player who brings that rich, woody Hammond B-3 sound to a series of compositions devoted to Africa. In some ways, Ms. Grossmann’s exploration of the roots of jazz deliberately eschews any superficial attempt to make African music. Instead, she draws inspiration from its influences, which are wide ranging and deep—you can hear rhythm and blues sounds mixed with more traditional African instrumentation and polyrhythms and come away with something that is both … END_OF_DOCUMENT_TOKEN_TO_BE_REPLACED

Stylus Life- StylusTimer Stylus life is a recurring question in audio discussions. Some serious attention was devoted to the subject here, in Mike Bodell’s “The Finish Line for Your Phono Stylus.” That article examined the issue from a number of perspectives, including early studies, claims by cartridge manufacturers and real-life experiences by users. It also generated a long, interesting thread on the Steve Hoffman forum that is worthwhile to read. The Hoffman thread also generated an experiment by Ray Parkhurst who documented the wear of a new stylus under certain controlled conditions, which included a microscopic examination of the stylus at various time intervals over long hours of repeated play. See https://forums.stevehoffman.tv/threads/the-finish-line-for-your-phono-cartridge-stylus-wear-by-mike-bodell.842572/#post-21292730.   Whether you lean toward more optimistic … END_OF_DOCUMENT_TOKEN_TO_BE_REPLACED

Incoming! (More Interesting Records)  An "interesting record" to me offers something unexpected, whether it is a fresh take on a recognized genre, or something that opens a new way of experiencing instruments in combination. It does not have to be "strange" or challenging to listen to; in fact, I'm a sucker for a good melodic hook and enjoy technical prowess as much as anybody, but there has got to be something "more"-- an intangible that differentiates the record from the millions of others to which we all have access.   As mentioned in a recent editorial, a lot of records come in and not all get written up. It’s not an editorial decision or any reflection of the music or sonics; I only have so much time, and I tend not to write short blurbs, but longer (some may say ‘too long’) reviews. My “incoming” piles continue to grow as I publish. This series of short capsules is meant to … END_OF_DOCUMENT_TOKEN_TO_BE_REPLACED