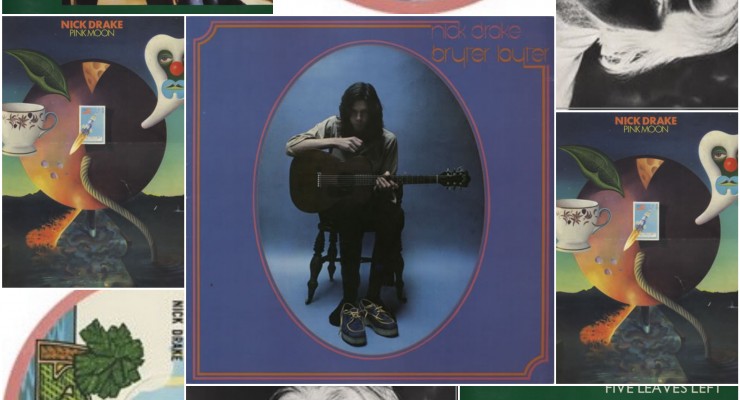 One of the fascinating and inexplicable things about the “arts” (whether the recorded arts, visual arts or other media) is why certain artists achieve commercial success and recognition during their most creative years and others seem to be forgotten or ignored- sometimes to be rediscovered years or decades later by new audiences with whom they resonate. The examples are almost endless; within the recorded music sphere, many of the albums I recently reviewed from the Vertigo Swirl catalog are enjoyed by collectors or those with an affinity for the time period and genre, but many... Read More 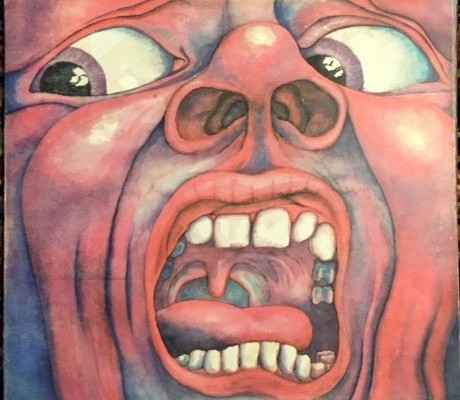 This is the “Ur” record of progressive rock. It is by turns jarring and aggressive, lush, gorgeous and ethereal, depending on the track. It is an essential album because, even if you don’t think you like “Prog Rock,” it has such a variety of sounds, styles and moods, there is bound to be something you’ll find appealing.   At the time of its release in the States, the track that seemed to get the most play was “21st Century Schizoid Man” a disturbing piece of sonic violence. But, there’s “I Talk to the Wind,” a guileless song with harmonies that remind me of... Read More 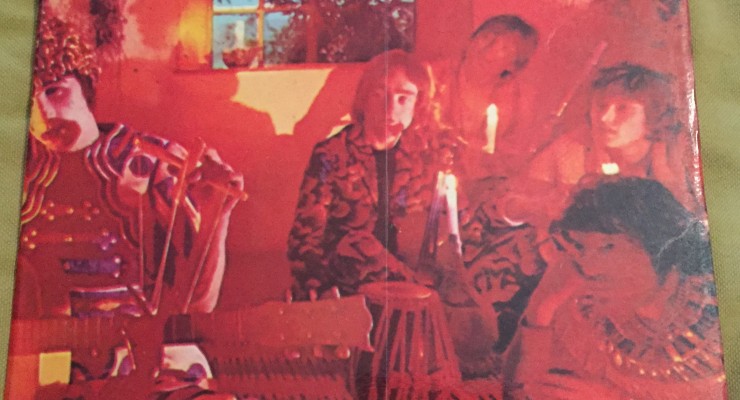 This is an important album, despite its flaws. It introduced Stevie Winwood to a much larger audience, and began a string of albums by Winwood, some very strong, that launched his career as one of a handful of “superstar” artists in the late 60’s. Winwood’s story is also the story of Chris Blackwell in many ways: as a very young member of the Spencer Davis Group, led by older brother Muff Winwood (who later became a significant record producer for Island Records and other artists), Winwood already had some hits, including “Gimme Some Lovin” and “I’m a Man.” Blackwell... Read More 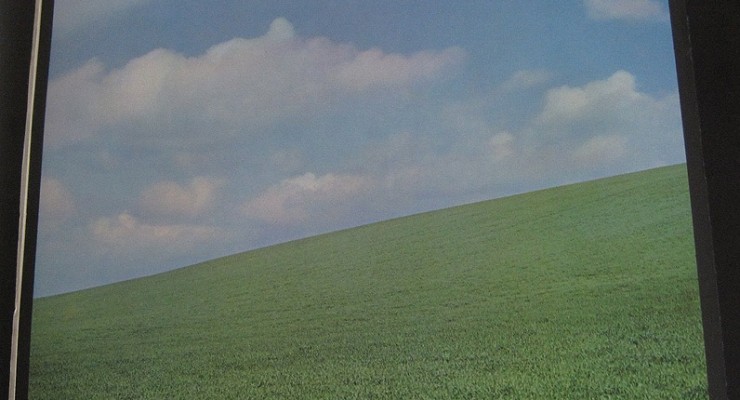 I don’t know if the term “super-group” has any relevance today, but at the time this album was released, it went beyond that: (The) Cream, rock’s “first” super-group, had broken up to great public fanfare, and out of the still-warm ashes rose something that was, to me, even more thrilling- Clapton and Ginger Baker from Cream, plus Steve Winwood, from Traffic (which had also broken up, for a time). The assembly of all this talent missed one key ingredient from the “old” Cream- Jack Bruce, whose talent was undeniable then, and whose contributions, not limited to Cream, seem... Read More 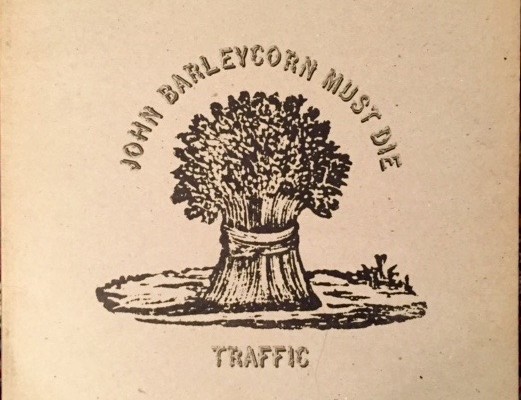 I was a pretty big fan of Stevie Winwood in the late 60’s. Traffic was an interesting experiment, part blue-eyed soul, part exotica- the Indian music motifs, jazz elements and psychedelia was an interesting brew, even if it didn’t always work, e.g., the first part of track,”Colored Rain” from the Mr. Fantasy album (also known as Heaven is in Your Mind in the U.S.) is a romp- classic early Winwood- on-pitch blues ‘shouting,’ carrying a great melodic line which just falls apart halfway through. Dave Mason’s on again/off again role in the group wasn’t really a big deal for me;... Read More 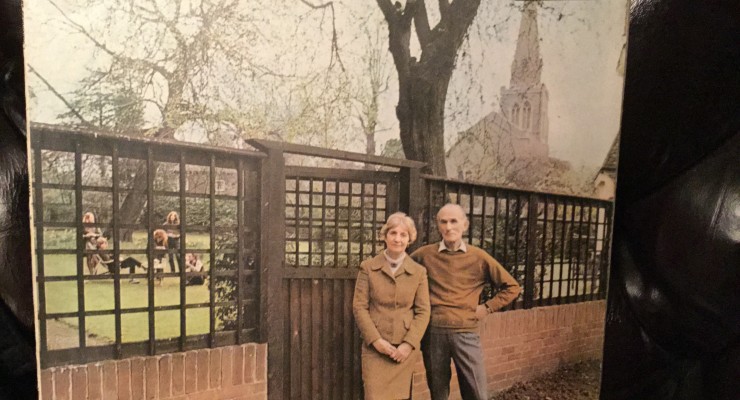 As usual, I came to this party late.  While the States was enjoying a folk revival in the mid-sixties that led to a range of new sounds from artists like Bob Dylan, the UK folk scene developed a little differently. Joe Boyd, who is credited with helping Dylan “plug in” at Newport, was working the London club scene with bands like Pink Floyd and managed to sign this new folk group—Fairport Convention– to capture some of that American folk sound: what resulted was eventually quite different, and led to a series of albums that saw the band develop a far more distinctive sound... Read More 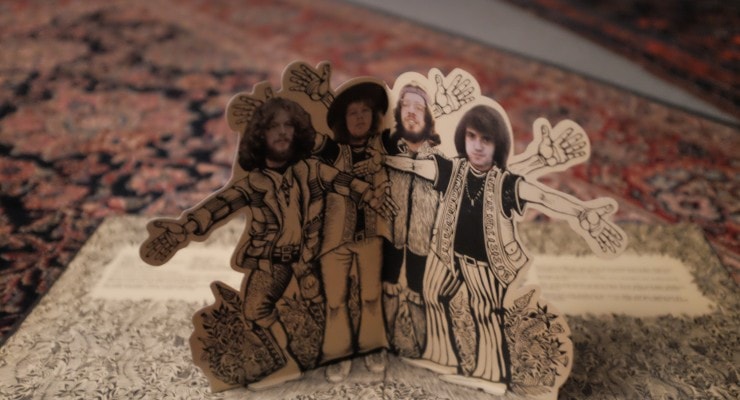 Tull was, even in its heyday, an acquired taste. The band achieved international acclaim with Aqualung, which got radio play and brought the piped-piper of rock to the fore as a sort of mad minstrel of arena rock. But Tull started as a blues band and Ian Anderson’s flute playing was not always at the forefront on the earliest albums. Stand-Up is one of my favorites because it captures the band at its bluesy best, with elements of the medieval minstrel stuff nicely worked in; listen to ‘We Used to Know’ and appreciate that the medieval and the blues can co-exist.... Read More 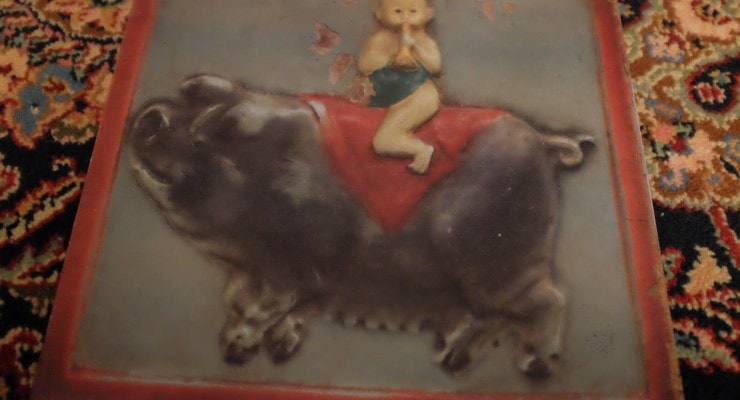 The band that Daniel Lanois put together with Trixie Whitley showcases her voice and multi-instrumental talent. It may now be out of print on vinyl as a U.S. pressing  but sealed copies are still floating around online. Well worth the price of admission. Who said there is no good ‘new’ music? Three sides of vinyl bliss- “I Believe in You,” “Last Time” and “Silverado” are all catchy, kick-ass tunes that combine Trixie’s marvelous voice with a driving rhythm section- the ever versatile Brian Blade on drums, solid production values... Read More 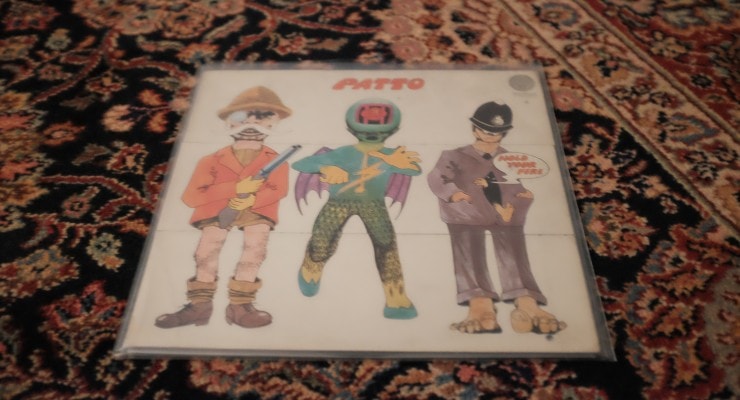 I promised a review of this album even though I’m tempting you with an expensive record that has no easy, cheap substitute, like the band’s first, self-titled album on Vertigo. Unlike their first album, the U.S. Vertigo pressing of “Hold Your Fire” doesn’t come close to the sound of the UK pressing, which is unfortunate, as is the fact that there do not appear to be as many contemporaneous ex-UK pressings, which are often a cheaper alternative in Vertigo-land. Given the substantial difference in price, the U.S. pressing may be acceptable even though the U.S.... Read More 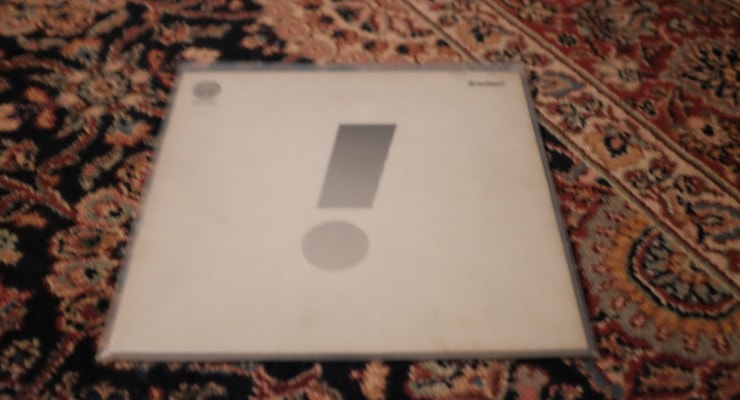 If you haven’t heard of this band, or this record, don’t feel bad. The best way I could describe it is early ELP meets King Crimson on the way to new age: tuneful pop, heavy on the keyboards and extremely high production values. This is apparently one of those records that was done with little overdubbing, and does have all the earmarks of what we now think of as “progressive” rock- elaborate, big, complex, Mellotron-infused,  classical music styled-soundscapes that morph into pop riffs, and merge back into larger motifs. It’s also not one of the cheaper... Read More

Although I don't have all the details yet, I have learned that Frederiksberg Records, a small, eclectic label from New York, is in the process of reissuing the hard to find (and even harder to pay for) jazz obscurity, Milt Ward and Virgo Spectrum. You can find out more by keeping tabs on Frederiksberg's Bandcamp page, https://frederiksbergrecords.bandcamp.com   I'm told there is a bootleg out there so be careful. Frederiksberg is doing this project with the participation of the family of Milt Ward, which is to be applauded. Hopefully, this will give more access to a great jazz record at a reasonable price. The Roots album reissue from Frederiksberg (which is sold out on vinyl on the Frederiksberg Records bandcamp site) still appears to be available through some online retailers as a pre-order, so that's another one to jump on now if you can find it-- the original is extremely pricey and … END_OF_DOCUMENT_TOKEN_TO_BE_REPLACED

Clem Snide- Forever Just Beyond With a name derived from a character in the same literary work as the band name so famously identified with the Walter Becker-Donald Fagen duo, Clem Snide has an extensive discography, typically cataloged as “alt country.” This latest release is the work of one of its founding members, Eef Barzelay, who was responsible for much of the songwriting and singing. According to his bio, Barzelay suffered some serious bumps in the road during the last decade, including a failing marriage and financial ruin. At the same time, he learned that Scott Avett was a fan and they found inspiration in each other, leading to this album- a collaboration of artistry where Avett and Barzelay share some writing credits and Avett produces. The result is a fresh, upbeat set of tunes that are appealing in their simplicity and refreshing in their sincerity. The band is first tier … END_OF_DOCUMENT_TOKEN_TO_BE_REPLACED

Muriel Grossmann- Reverence Muriel Grossmann continues her quest for musical ascension on Reverence, which was released on vinyl in early December, 2019 on the RR Gems label as a 2 LP set. The compositions are Grossmann’s, and the band is much the same as the group of seasoned musicians with whom she has worked for some time (and detailed in the review of her Golden Rule), but for one notable exception: the addition of a keyboard player who brings that rich, woody Hammond B-3 sound to a series of compositions devoted to Africa. In some ways, Ms. Grossmann’s exploration of the roots of jazz deliberately eschews any superficial attempt to make African music. Instead, she draws inspiration from its influences, which are wide ranging and deep—you can hear rhythm and blues sounds mixed with more traditional African instrumentation and polyrhythms and come away with something that is both … END_OF_DOCUMENT_TOKEN_TO_BE_REPLACED

Stylus Life- StylusTimer Stylus life is a recurring question in audio discussions. Some serious attention was devoted to the subject here, in Mike Bodell’s “The Finish Line for Your Phono Stylus.” That article examined the issue from a number of perspectives, including early studies, claims by cartridge manufacturers and real-life experiences by users. It also generated a long, interesting thread on the Steve Hoffman forum that is worthwhile to read. The Hoffman thread also generated an experiment by Ray Parkhurst who documented the wear of a new stylus under certain controlled conditions, which included a microscopic examination of the stylus at various time intervals over long hours of repeated play. See https://forums.stevehoffman.tv/threads/the-finish-line-for-your-phono-cartridge-stylus-wear-by-mike-bodell.842572/#post-21292730.   Whether you lean toward more optimistic … END_OF_DOCUMENT_TOKEN_TO_BE_REPLACED

Incoming! (More Interesting Records)  An "interesting record" to me offers something unexpected, whether it is a fresh take on a recognized genre, or something that opens a new way of experiencing instruments in combination. It does not have to be "strange" or challenging to listen to; in fact, I'm a sucker for a good melodic hook and enjoy technical prowess as much as anybody, but there has got to be something "more"-- an intangible that differentiates the record from the millions of others to which we all have access.   As mentioned in a recent editorial, a lot of records come in and not all get written up. It’s not an editorial decision or any reflection of the music or sonics; I only have so much time, and I tend not to write short blurbs, but longer (some may say ‘too long’) reviews. My “incoming” piles continue to grow as I publish. This series of short capsules is meant to … END_OF_DOCUMENT_TOKEN_TO_BE_REPLACED