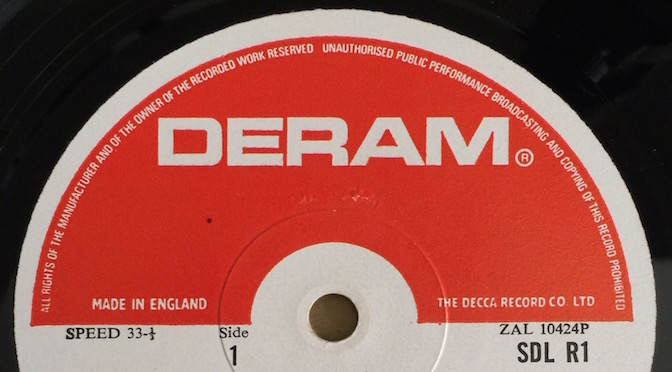 Caravan “In the Land of Grey and Pink”   -The “Canterbury Scene” Caravan’s “In the Land of Grey and Pink,” released in 1971, is generally considered one of the best representations of the so-called “Canterbury Scene.” What, you may ask, is the “Canterbury Scene”? To me, it is a very imprecise label for an offshoot of progressive rock that had no specific style, and was not necessarily even linked to the cathedral city from which it drew its name. Commentators often point to the pastoral aspects of the music, or the peculiarly English sense of whimsy associated with... Read More 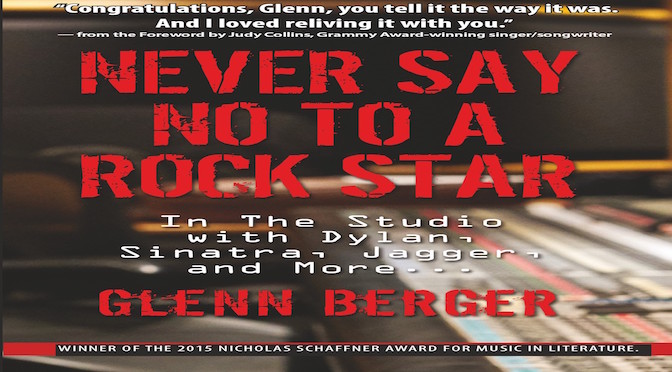 Inside A&R Studios in its Heyday-Glenn Berger Recounts the Golden Era Working with Phil Ramone   This is the rare “insider” book on the rock music business in its heyday: rare because unlike the name-dropping, image-burnishing autobiographies of many fabled artists and engineers, often told from the vantage point of age and (sometimes faded) celebrity, we are in the studio—Phil Ramone’s to be exact—witnessing the performances and engineering craft of the best in the business through the eyes (and ears) of a young intern/apprentice/assistant engineer. The author, Glenn... Read More 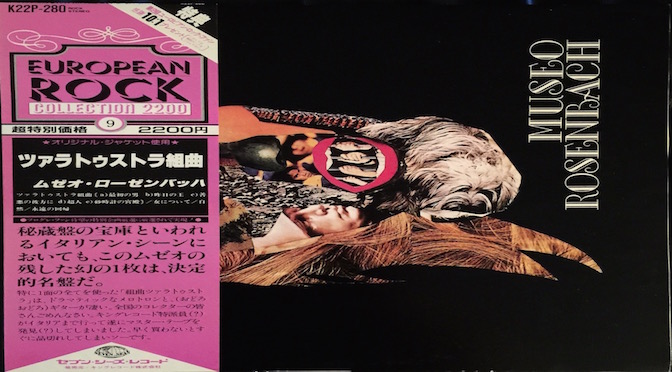 Prog Rock Obscurities – by Ken Golden   Any list of recommended albums is simply a snapshot representing a momentary state of mind. Here are 10 prog rock albums that will require some digging but if you are a fan of the genre you will be rewarded. Don’t think of this as a definitive “top 10” just 10 great ones in no particular order: Spring – same (RCA Neon). Neon was RCA’s answer to Philips Vertigo label. In fact they poached Vertigo founder Olav Wyper and he set up shop offering similar fare. Spring was from Leicester in the UK. Their sole album was released... Read More 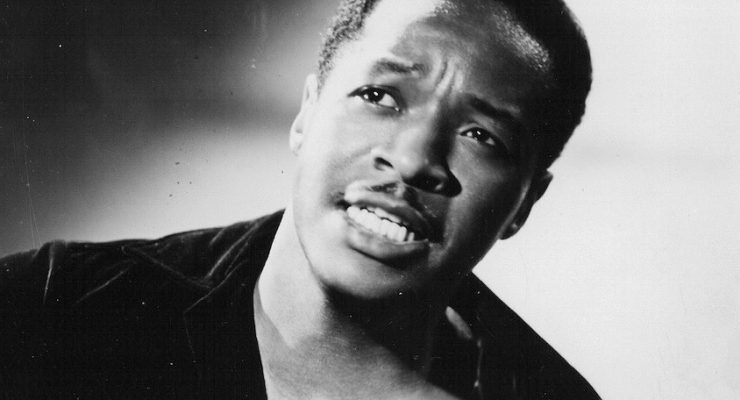 Blues is both some of the simplest and hardest music to play: I don’t care if it’s played on a Les Paul pumped through a stack of Marshalls or a beat down acoustic guitar from an old ’78—it isn’t the notes, it’s the feeling, the tone and rhythm that convey the emotion, not pyrotechnics. Josh White is somewhat of an enigma to me- he was around in the earliest days of the rural blues, learning his chops from street performers in the South where he grew up. White helped popularize a regional style of “Piedmont blues,” known for its distinctive fingerpicking and alternating... Read More 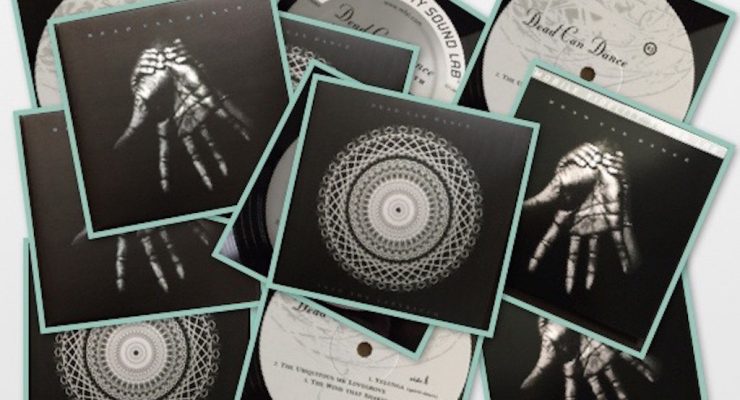 Into the Labyrinth: Comparing Three Vinyl Pressings Dead Can Dance’s Into the Labyrinth is probably the most accessible and well-known album by the group/duo of Lisa Gerrard and Brendan Perry. For those familiar with the album, it is a striking blend of aboriginal polyrhythms, Celtic spiritualism, with mid-Eastern influences, medieval chants and powerful electronica/ rock, all pulled together and made coherent by the haunting sing song of Gerrard’s ethereal voice and the contrasts of Brendan Perry’s more conventional, but distinctive, vocal style. For those unfamiliar with Dead... Read More 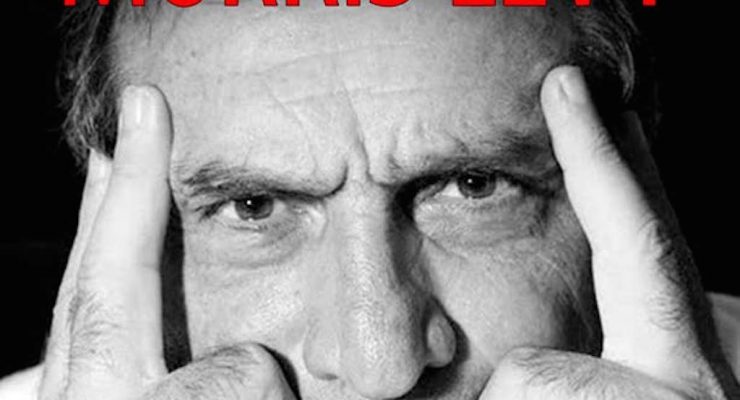 This book—an in-depth biography of Morris Levy, a legendary music business figure with reputed “mob ties” —is long overdue. We seem to have a collective fascination for scoundrels, thugs and gangsters. But Levy was no mere thug: from his Birdland, a midtown jazz club where Charlie Parker, Coltrane, Monk, Miles, Bud Powell and Count Basie played, to his mass marketing of pop music in the decades that followed, Levy had a keen sense of where the business was headed and capitalized on it. Yet Levy always remained a shadowy figure, even decades after his death.... Read More 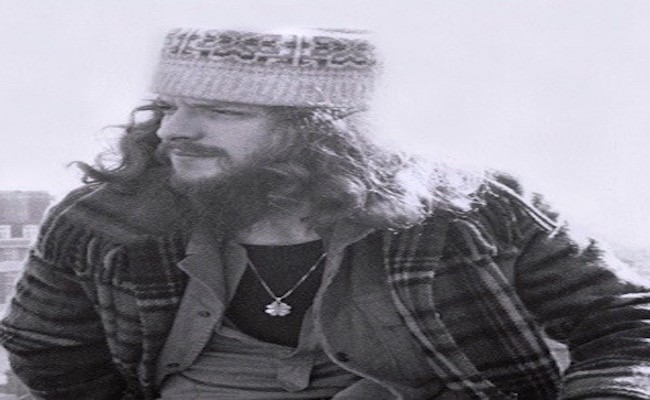 Few popular artists have remained as relevant or inventive as Ian Anderson over the course of nearly fifty years. Best known as the flamboyant front man of Jethro Tull, Anderson is a gifted songwriter, showman and performer. He is also someone who has repeatedly redefined himself throughout his professional career. Transitioning from electric blues to minstrel-tinged rock, Anderson established an identifiable sound that became uniquely associated with Tull: drawing on medieval motifs, hard rock, folk and other elements, Anderson and the band invested the troubadour’s ballad... Read More 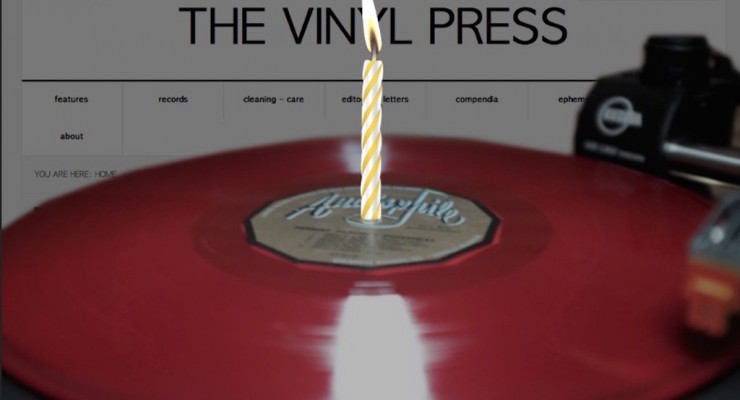 One Year of TheVinylPress.com Self-congratulatory pieces are usually distasteful to me. But, I wanted to mark the first anniversary of TheVinylPress.com for several reasons. This all started rather innocuously- and for entirely selfish reasons. I got serious about hunting for the best sounding vinyl LPs-    “ordinary” records, not necessarily “audiophile” releases — of hard rock, folk, psychedelia and offbeat stuff that didn’t always make “best of” lists, wasn’t necessarily reissued or remastered and in many cases, might prove... Read More 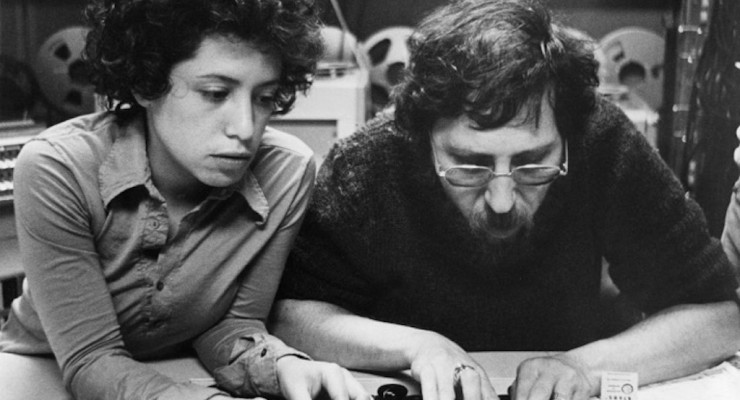 The Art of Recording: A Conversation with Brooks Arthur   Janis and Brooks at the board-Between the Lines sessions, courtesy Peter Cunningham   Brooks Arthur still dreams of the little studio he owned in Blauvelt, New York in the early ‘70s; a converted gas station on a suburban highway next to an all-night diner in “upstate” New York. 914 Studios (pronounced: “nine-one–four,” the telephone area code there at the time) may have been one of the best sounding rooms Arthur recorded in. He ought to know: a songwriter and performer with ties to the Brill Building era, Arthur... Read More 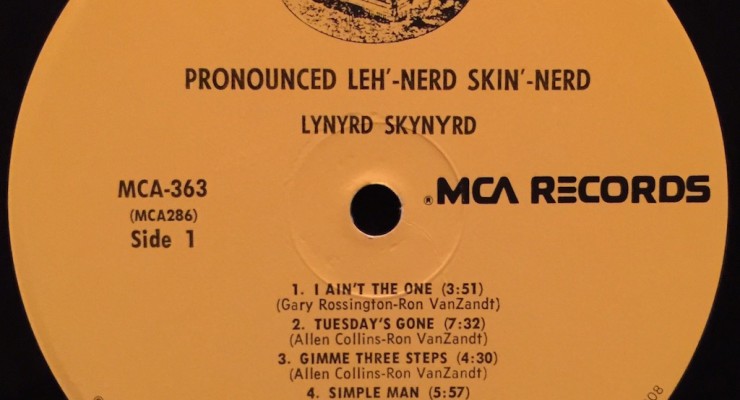 Given the current cultural antipathy toward symbols of the “old South,” I admit to a moment’s pause before diving into a piece about Lynyrd Skynyrd. In popular culture, the band is often associated with the glory of the South and, perhaps unfairly, some of the pejoratives. Is it possible to enjoy the band without endorsing any negative symbolism? I don’t know about others, but I can. I’m not making any sort of cultural statement here. I just really dig their music– they were originals – superb players and well worth exploring beyond the stereotypes. Back in the... Read More

Although I don't have all the details yet, I have learned that Frederiksberg Records, a small, eclectic label from New York, is in the process of reissuing the hard to find (and even harder to pay for) jazz obscurity, Milt Ward and Virgo Spectrum. You can find out more by keeping tabs on Frederiksberg's Bandcamp page, https://frederiksbergrecords.bandcamp.com   I'm told there is a bootleg out there so be careful. Frederiksberg is doing this project with the participation of the family of Milt Ward, which is to be applauded. Hopefully, this will give more access to a great jazz record at a reasonable price. The Roots album reissue from Frederiksberg (which is sold out on vinyl on the Frederiksberg Records bandcamp site) still appears to be available through some online retailers as a pre-order, so that's another one to jump on now if you can find it-- the original is extremely pricey and … END_OF_DOCUMENT_TOKEN_TO_BE_REPLACED

Clem Snide- Forever Just Beyond With a name derived from a character in the same literary work as the band name so famously identified with the Walter Becker-Donald Fagen duo, Clem Snide has an extensive discography, typically cataloged as “alt country.” This latest release is the work of one of its founding members, Eef Barzelay, who was responsible for much of the songwriting and singing. According to his bio, Barzelay suffered some serious bumps in the road during the last decade, including a failing marriage and financial ruin. At the same time, he learned that Scott Avett was a fan and they found inspiration in each other, leading to this album- a collaboration of artistry where Avett and Barzelay share some writing credits and Avett produces. The result is a fresh, upbeat set of tunes that are appealing in their simplicity and refreshing in their sincerity. The band is first tier … END_OF_DOCUMENT_TOKEN_TO_BE_REPLACED

Muriel Grossmann- Reverence Muriel Grossmann continues her quest for musical ascension on Reverence, which was released on vinyl in early December, 2019 on the RR Gems label as a 2 LP set. The compositions are Grossmann’s, and the band is much the same as the group of seasoned musicians with whom she has worked for some time (and detailed in the review of her Golden Rule), but for one notable exception: the addition of a keyboard player who brings that rich, woody Hammond B-3 sound to a series of compositions devoted to Africa. In some ways, Ms. Grossmann’s exploration of the roots of jazz deliberately eschews any superficial attempt to make African music. Instead, she draws inspiration from its influences, which are wide ranging and deep—you can hear rhythm and blues sounds mixed with more traditional African instrumentation and polyrhythms and come away with something that is both … END_OF_DOCUMENT_TOKEN_TO_BE_REPLACED

Stylus Life- StylusTimer Stylus life is a recurring question in audio discussions. Some serious attention was devoted to the subject here, in Mike Bodell’s “The Finish Line for Your Phono Stylus.” That article examined the issue from a number of perspectives, including early studies, claims by cartridge manufacturers and real-life experiences by users. It also generated a long, interesting thread on the Steve Hoffman forum that is worthwhile to read. The Hoffman thread also generated an experiment by Ray Parkhurst who documented the wear of a new stylus under certain controlled conditions, which included a microscopic examination of the stylus at various time intervals over long hours of repeated play. See https://forums.stevehoffman.tv/threads/the-finish-line-for-your-phono-cartridge-stylus-wear-by-mike-bodell.842572/#post-21292730.   Whether you lean toward more optimistic … END_OF_DOCUMENT_TOKEN_TO_BE_REPLACED

Incoming! (More Interesting Records)  An "interesting record" to me offers something unexpected, whether it is a fresh take on a recognized genre, or something that opens a new way of experiencing instruments in combination. It does not have to be "strange" or challenging to listen to; in fact, I'm a sucker for a good melodic hook and enjoy technical prowess as much as anybody, but there has got to be something "more"-- an intangible that differentiates the record from the millions of others to which we all have access.   As mentioned in a recent editorial, a lot of records come in and not all get written up. It’s not an editorial decision or any reflection of the music or sonics; I only have so much time, and I tend not to write short blurbs, but longer (some may say ‘too long’) reviews. My “incoming” piles continue to grow as I publish. This series of short capsules is meant to … END_OF_DOCUMENT_TOKEN_TO_BE_REPLACED