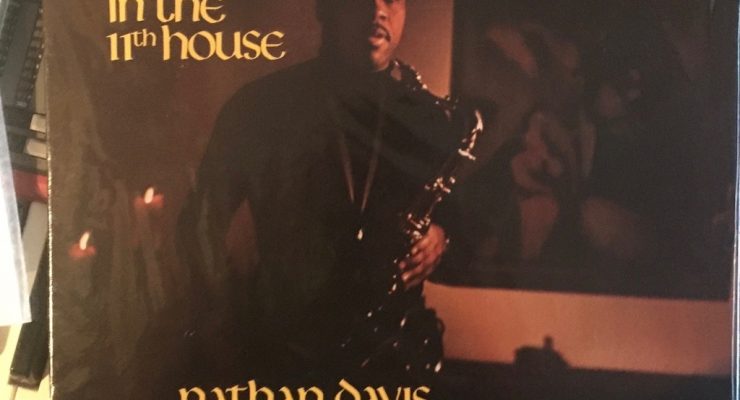 Nathan Davis- The 6th Sense in the 11th House Life is a wonderfully strange thing sometimes, small worlds and hidden treasures in plain sight: I had been hunting for copy of Nathan Davis’ The 6th Sense in the 11thHouse, released in 1972. The record, if not rare, doesn’t seem to be all that common or well-known in the audiophile community. There was a promo copy on Discogs for stupid money, and I kept my eye out.  One night, sleepless, I hit e-Bay to set up a search/alert for the record when up popped a “New Listing” for a sealed promo copy for very reasonable... Read More 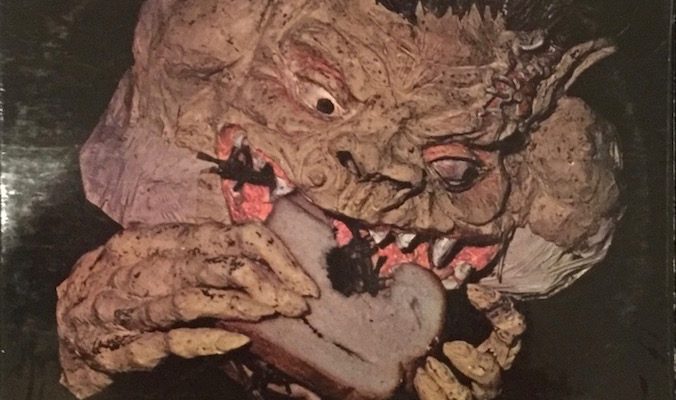 Black Cat Bones-Barbed Wire Sandwich   An important album by a short-lived band known for the association of various members with a number of other early heavy rock and blues rock bands, among them, Leaf Hound, Atomic Rooster, Cactus, Foghat and Free. Kossoff and Simon Kirke, of Free, left the band before this–– the band’s sole release––was recorded but a number of the tracks have same raw swagger and unpolished sound as Tons of Sobs, Free’s first album (and, to me, Free’s best). Admittedly, there’s no Paul Rodgers here. But what is here is very, very good at times if... Read More 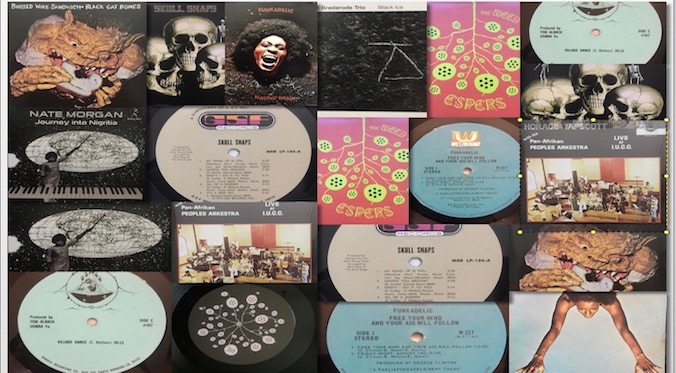 SPIN CYCLE- Rare, Overlooked and Worthwhile Records to Explore  I cycle through a lot of records here—some are rare or obscure and many are deserving of further attention, but most don’t get covered simply due to time constraints. Many are overlooked and all are worthwhile, depending on your taste and sense of adventure.  Thus, this piece, highlighting records worthy of further exploration; some will get more in-depth reviews as time permits.   Nate Morgan- Journey into Nigritia This comes from Nimbus West, another great label with an interesting mix of spiritual jazz... Read More 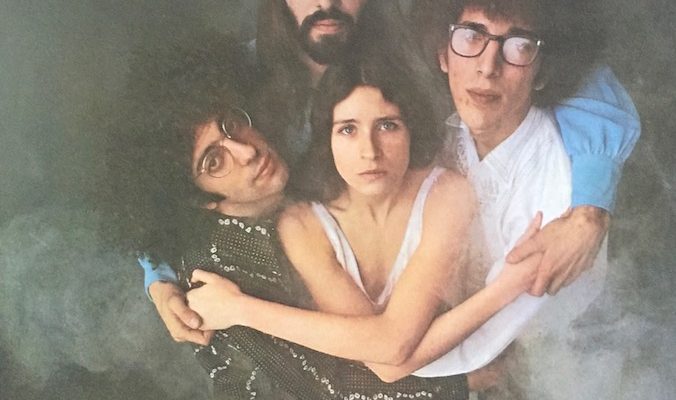 Air-Air    This is a stunning record. Composed and performed by a band with a long working relationship with Herbie Mann (who produced the album), its vocal parts shine with soulful beauty thanks to Googie Coppola, the professional moniker of Carol Brooks, whose writing, performance and voice are central to the magic of this album. The rest of the band—Tom Coppola (Googie’s partner), John Siegler and Mark Rosengarden achieve something remarkable—a jazz album that has soul but is not trapped by either genre; there is an ethereal quality to this record that is both uplifting and... Read More 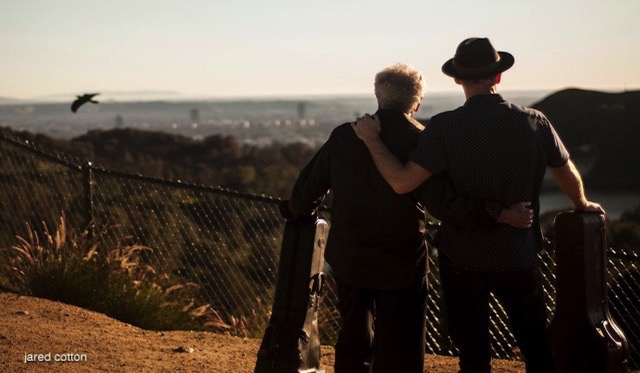 The Talking Blues-Doug MacLeod’s Break the Chain I’ve always liked the blues. In some ways the simplest, yet often the most difficult music to play: the changes are easy, and while many players stun with instrumental virtuosity, what really sticks (for me) is the raw, emotional outpouring, not the flashiness. Sometimes it just falls flat because it seems like you’ve heard it a million times, and it is being played by rote. Doug MacLeod’s Break the Chain, recently released on the audiophile label, Reference Recordings (more about the label and production below), is in some... Read More

Randy Holden- Guitar God   For those of you with an appreciation for hard, heavy guitar-centric rock from the period, it doesn’t get any better than Randy Holden. His solo album, Population II, is now a highly collectible rarity for good reason: it’s a monster album. If you only have passing knowledge of the man, or look him up on the Internet, the accepted wisdom recites that Holden is “best known for” his work on Blue Cheer’s New, Improved! But that album doesn’t even scratch the surface. In fact, it is partly a Blue Cheer album and partly a Randy Holden album; the dividing... Read More 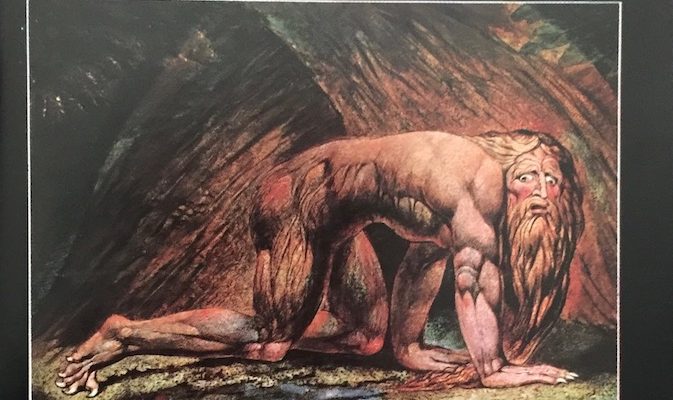 Atomic Rooster- Death Walks Behind You Two pressings: US and UK   An interesting heavy rock record by an oft-overlooked band, this album—which was probably their best and most commercially successful– has gotten some play here lately. I decided to buy both early US and UK pressings—the price difference can be considerable for those of us in the States—to see how they compared. The UK clearly wins on artwork, with its disturbing William Blake image (above).   The band grew out of The Crazy World of Arthur Brown—a strange piece of wackiness that resulted in a radio... Read More 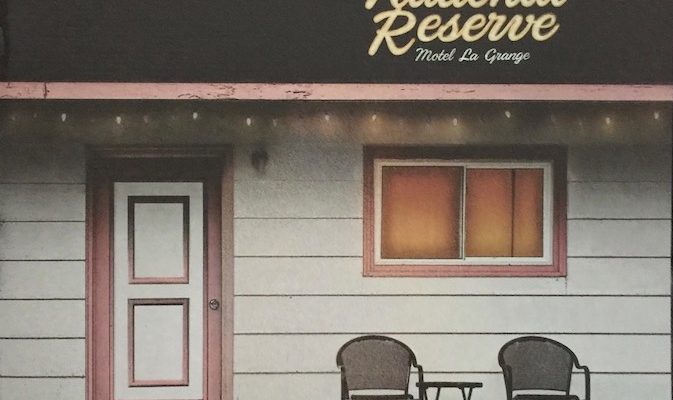 The National Reserve- Motel La Grange   You can listen to Sean Walsh and The National Reserve’s Motel La Grange and be reminded of so many different strands of music from the past without being quite able to put your finger on what memories are being tickled. There are elements of the old Bob Seger in the vocal parts, of The Band in their roots Americana vibe, of Little Feat in sheer funk but it’s nowise derivative of any of these; it stands on its own, even if it does bring back memories of something else.   If I were a musician, I’d hate to be compared to someone else, even if... Read More 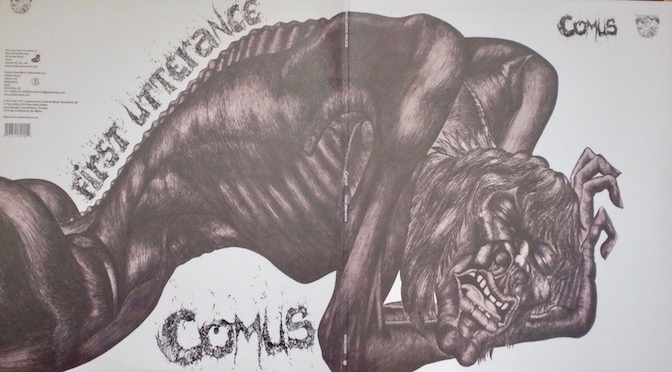 Comus: First Utterance    The folk music revival of the ‘60s not only revitalized interest in traditional music but also sparked the creation of more contemporary sounds that were influenced by the cultural tides and musical shifts of a turbulent decade. Although it was not released until 1971, First Utterance stands today as a “Ur” album of the psychedelic folk movement; it is a wild ride even by “modern” standards, inured to a post-punk, industrial, hip-hop, noise rock sensibility. It must have been shattering to listen to at the time of its release.   Roger Wootton... Read More 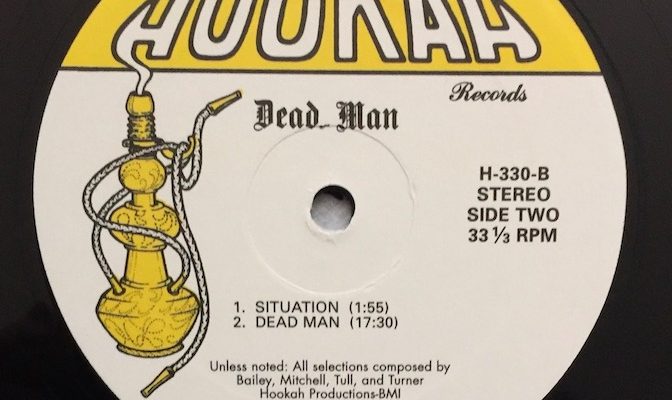 Josefus-Dead Man & SXSW   Before we get to Josefus, and their classic, Dead Man, a precursor album of hard rock that was seemingly lost except to an informed group of fans and enthusiasts, I have a story to tell. As full time resident of Austin, I am now entitled to complain about SXSW.The first few years we were living here during the winter-spring season (and returning to New York for the remainder of the year), we’d “do” SX—take in some shows, go to a few panel discussions and just walk the scene. I’m told, like everything else here, that it was “way better”... Read More

Although I don't have all the details yet, I have learned that Frederiksberg Records, a small, eclectic label from New York, is in the process of reissuing the hard to find (and even harder to pay for) jazz obscurity, Milt Ward and Virgo Spectrum. You can find out more by keeping tabs on Frederiksberg's Bandcamp page, https://frederiksbergrecords.bandcamp.com   I'm told there is a bootleg out there so be careful. Frederiksberg is doing this project with the participation of the family of Milt Ward, which is to be applauded. Hopefully, this will give more access to a great jazz record at a reasonable price. The Roots album reissue from Frederiksberg (which is sold out on vinyl on the Frederiksberg Records bandcamp site) still appears to be available through some online retailers as a pre-order, so that's another one to jump on now if you can find it-- the original is extremely pricey and … END_OF_DOCUMENT_TOKEN_TO_BE_REPLACED

Clem Snide- Forever Just Beyond With a name derived from a character in the same literary work as the band name so famously identified with the Walter Becker-Donald Fagen duo, Clem Snide has an extensive discography, typically cataloged as “alt country.” This latest release is the work of one of its founding members, Eef Barzelay, who was responsible for much of the songwriting and singing. According to his bio, Barzelay suffered some serious bumps in the road during the last decade, including a failing marriage and financial ruin. At the same time, he learned that Scott Avett was a fan and they found inspiration in each other, leading to this album- a collaboration of artistry where Avett and Barzelay share some writing credits and Avett produces. The result is a fresh, upbeat set of tunes that are appealing in their simplicity and refreshing in their sincerity. The band is first tier … END_OF_DOCUMENT_TOKEN_TO_BE_REPLACED

Muriel Grossmann- Reverence Muriel Grossmann continues her quest for musical ascension on Reverence, which was released on vinyl in early December, 2019 on the RR Gems label as a 2 LP set. The compositions are Grossmann’s, and the band is much the same as the group of seasoned musicians with whom she has worked for some time (and detailed in the review of her Golden Rule), but for one notable exception: the addition of a keyboard player who brings that rich, woody Hammond B-3 sound to a series of compositions devoted to Africa. In some ways, Ms. Grossmann’s exploration of the roots of jazz deliberately eschews any superficial attempt to make African music. Instead, she draws inspiration from its influences, which are wide ranging and deep—you can hear rhythm and blues sounds mixed with more traditional African instrumentation and polyrhythms and come away with something that is both … END_OF_DOCUMENT_TOKEN_TO_BE_REPLACED

Stylus Life- StylusTimer Stylus life is a recurring question in audio discussions. Some serious attention was devoted to the subject here, in Mike Bodell’s “The Finish Line for Your Phono Stylus.” That article examined the issue from a number of perspectives, including early studies, claims by cartridge manufacturers and real-life experiences by users. It also generated a long, interesting thread on the Steve Hoffman forum that is worthwhile to read. The Hoffman thread also generated an experiment by Ray Parkhurst who documented the wear of a new stylus under certain controlled conditions, which included a microscopic examination of the stylus at various time intervals over long hours of repeated play. See https://forums.stevehoffman.tv/threads/the-finish-line-for-your-phono-cartridge-stylus-wear-by-mike-bodell.842572/#post-21292730.   Whether you lean toward more optimistic … END_OF_DOCUMENT_TOKEN_TO_BE_REPLACED

Incoming! (More Interesting Records)  An "interesting record" to me offers something unexpected, whether it is a fresh take on a recognized genre, or something that opens a new way of experiencing instruments in combination. It does not have to be "strange" or challenging to listen to; in fact, I'm a sucker for a good melodic hook and enjoy technical prowess as much as anybody, but there has got to be something "more"-- an intangible that differentiates the record from the millions of others to which we all have access.   As mentioned in a recent editorial, a lot of records come in and not all get written up. It’s not an editorial decision or any reflection of the music or sonics; I only have so much time, and I tend not to write short blurbs, but longer (some may say ‘too long’) reviews. My “incoming” piles continue to grow as I publish. This series of short capsules is meant to … END_OF_DOCUMENT_TOKEN_TO_BE_REPLACED