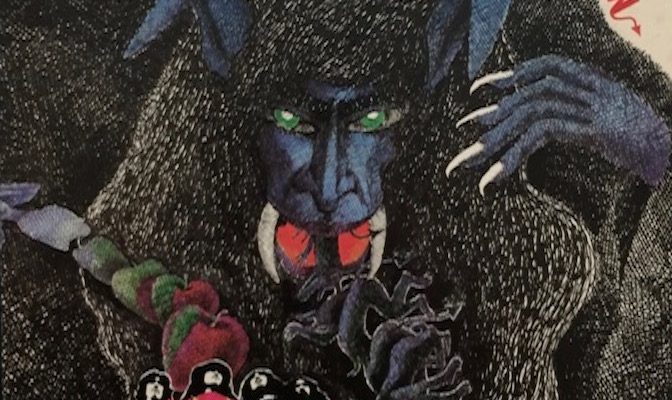 Blues Creation ‎– Demon & Eleven Children   This album is no secret to aficionados of the early Japanese psych rock scene—it is usually on “best of” lists for that genre and era. The band followed the typical evolution of the late ‘60s UK blues-rock sound, but broke ground with this album in 1971. It owes much of its power to guitarist Kazuo Takeda who, as of this writing, is still revered as major influence in the sound of the era and has enjoyed a long career as a session player, both in the United States and Japan. Interestingly, subsequent to the release of Demon... Read More 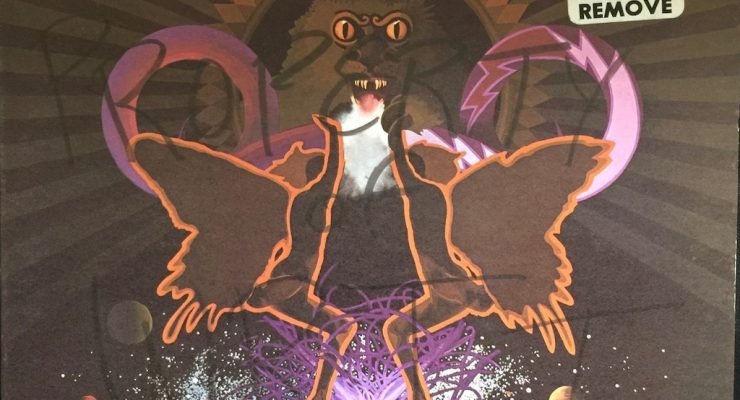 Atlantis Philharmonic-s/t     Here’s another one that completely escaped my notice at the time. In fact, I hadn’t heard (of) it until it came in a box of records from the East Coast- Ken was already texting me- “did you listen to Atlantis Philharmonic yet?” “Uh, no, the box got here like five minutes ago.”   Well, it took me a couple days to get around to it for reasons that aren’t worth explaining. Whoa!   Heavy, prog, hard rock with the drive and brutality of early Sabbath, mellowed by keyboards and those “soundscapes” characteristic of period prog. But,... Read More 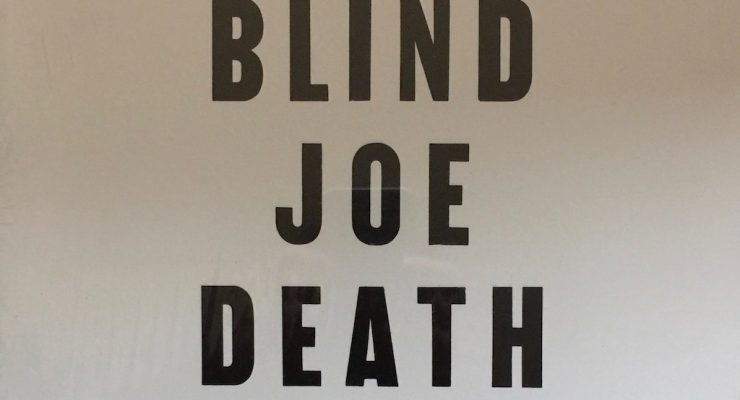 John Fahey- Blind Joe Death     John Fahey is remembered as seminal figure in the original blues revival movement that flourished in the early-mid ‘60s. His efforts, along with those of others, led to seismic change in popular music, when more traditional rock and roll was replaced by blues-driven harder rock in the later ‘60s. (I think the impact on folk/acoustic scene was more limited, commercially, for a variety of reasons). Fahey was part of the effort to locate still living rural blues performers – including Skip James–who had been all but forgotten in the era from the... Read More 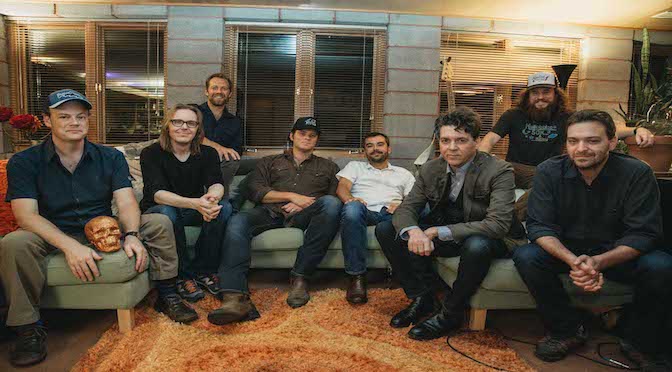 Steep Canyon Rangers- Out in the Open There is something very satisfying about the new album Out In The Open by the Steep Canyon Rangers. Whether it is ease with which they harmonize or their mastery of traditional bluegrass instruments including the mandolin and fiddle, these gentlemen cast a spell of homespun warmth that is both authentic and fresh. The band was an unknown quantity to me, though they’ve won a Grammy and have collaborated with Steve Martin over the years. When I saw an announcement from Ramseur Records about Out In The Open, I was intrigued and asked for a copy. I’m... Read More 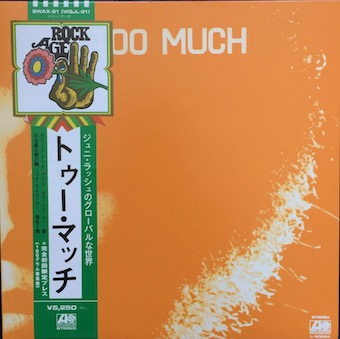 TOO MUCH- s/t     Too Much, by the band of the same name, is a pretty rare Japanese psych record with English lyrics issued in Japan by Atlantic in 1971. Critics have rightly dismissed it because it contains some tracks that should never have been included: a cover of Dylan’s “I Shall Be Released” and some long form prog that winds up the end of side two. But for heavy rock fans, the other tracks, including “Grease it Out” more than make up for those transgressions.   Original pressings are scarce; Warner Japan reissued the album in 2011, and again in 2016. I recently... Read More 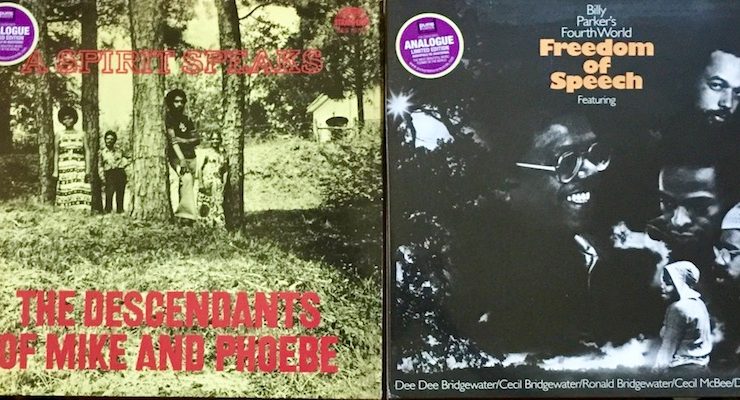 Strata-East Pure Pleasure Reissues     It’s no coincidence that my renewed interest in jazz came with my recent discovery of “spiritual jazz,” a form of avant-garde music that blossomed in the late ‘60s and early ‘70s. This was a period when, like other creators of music, jazz players and composers sought to push beyond the conventions of established genres. This shift also coincided with the emergence of Afro-centric music, the “Black Power movement” and a deeper exploration of the roots of the black experience in America. One of the most diverse and (at the time)... Read More 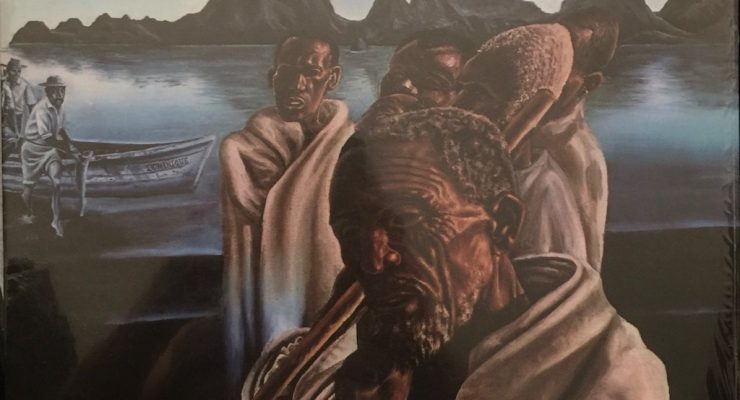 Herbie Hancock: Crossings (Speakers Corner)     There are so many good reasons to own a copy of this record, not the least being that it is a sonic treat. But there are other just as compelling reasons: it is jazz tinged fusion mixed with psych, funk and spacy sounds that reflect a unique, and perhaps most adventurous period in Hancock’s growth as an artist; it is highly experimental but embraces so much of what came before that it is a virtual primer of jazz sounds that are both eerily strange and strangely familiar; it is performed by a stellar band that includes Buster Williams on... Read More 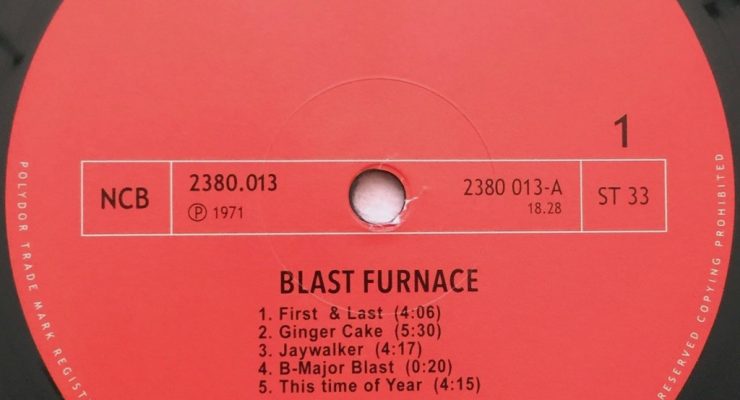 BLAST FURNACE- Self Titled   Unlike Satori, this Danish hard rock album is very accessible musically and there is a decent reissue available from Polydor that is far cheaper than an original pressing. The album mixes psychedelia with unmistakable traces of a Broadway show tune—in between, the mix of strings, woodwinds and keyboards earns it a place in “prog rock” circles. It is a highly enjoyable album to crank up—it doesn’t require repeated listening to “get it”—it is very straightforward in the way hard rock sounded as it grew to maturity, but there’s enough unique... Read More 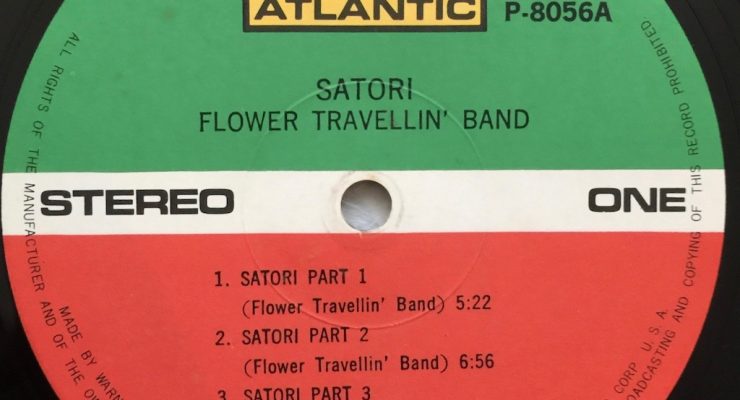 Flower Travellin’ Band- Satori      I never delved deeply into the Japanese psych scene, and this album probably serves as good a gateway as any—it is amalgam of powerful vocals, deranged guitar licks and an unholy mix of metal and the occasional Eastern motif, blended with a blues riff or two, and a lot of aggression. Fronted by singer Akira Yamanka a/k/a “Joe,” who also had a career as a movie tough guy, it’s not easy to put a label on this creation.       It was apparently recorded quickly, and the version sold in North America is different, containing... Read More

Muriel Grossmann- Reverence Muriel Grossmann continues her quest for musical ascension on Reverence, which was released on vinyl in early December, 2019 on the RR Gems label as a 2 LP set. The compositions are Grossmann’s, and the band is much the same as the group of seasoned musicians with whom she has worked for some time (and detailed in the review of her Golden Rule), but for one notable exception: the addition of a keyboard player who brings that rich, woody Hammond B-3 sound to a series of compositions devoted to Africa. In some ways, Ms. Grossmann’s exploration of the roots of jazz deliberately eschews any superficial attempt to make African music. Instead, she draws inspiration from its influences, which are wide ranging and deep—you can hear rhythm and blues sounds mixed with more traditional African instrumentation and polyrhythms and come away with something that is both … END_OF_DOCUMENT_TOKEN_TO_BE_REPLACED

Stylus Life- StylusTimer Stylus life is a recurring question in audio discussions. Some serious attention was devoted to the subject here, in Mike Bodell’s “The Finish Line for Your Phono Stylus.” That article examined the issue from a number of perspectives, including early studies, claims by cartridge manufacturers and real-life experiences by users. It also generated a long, interesting thread on the Steve Hoffman forum that is worthwhile to read. The Hoffman thread also generated an experiment by Ray Parkhurst who documented the wear of a new stylus under certain controlled conditions, which included a microscopic examination of the stylus at various time intervals over long hours of repeated play. See https://forums.stevehoffman.tv/threads/the-finish-line-for-your-phono-cartridge-stylus-wear-by-mike-bodell.842572/#post-21292730.   Whether you lean toward more optimistic … END_OF_DOCUMENT_TOKEN_TO_BE_REPLACED

Incoming! (More Interesting Records)  An "interesting record" to me offers something unexpected, whether it is a fresh take on a recognized genre, or something that opens a new way of experiencing instruments in combination. It does not have to be "strange" or challenging to listen to; in fact, I'm a sucker for a good melodic hook and enjoy technical prowess as much as anybody, but there has got to be something "more"-- an intangible that differentiates the record from the millions of others to which we all have access.   As mentioned in a recent editorial, a lot of records come in and not all get written up. It’s not an editorial decision or any reflection of the music or sonics; I only have so much time, and I tend not to write short blurbs, but longer (some may say ‘too long’) reviews. My “incoming” piles continue to grow as I publish. This series of short capsules is meant to … END_OF_DOCUMENT_TOKEN_TO_BE_REPLACED

More on Milt Ward and Virgo Spectrum Courtesy of Bill Pierce, the former Chair of Woodwinds at Berklee. Pierce worked with Milt Ward in the late ‘60s, including a stint as part of the horn section for Stevie Wonder. Pierce figures prominently on the album, Milt Ward and Virgo Spectrum; I have added his recollections to the feature article.   (Scroll down to the bottom of the article). My thanks to Bill Pierce, whose band, the Ralph Peterson Messenger Legacy, is currently active and touring.     … END_OF_DOCUMENT_TOKEN_TO_BE_REPLACED

A Phono Bargain or Three The ever-resourceful Steve Leung (VAS) built me a Franken-Denon 103, repotted in a wooden body with a micro-ridge stylus. In my estimation, it's a phono bargain, given its performance. Wonderful tone and an advanced stylus shape. I have zero experience with stock Denon 103 cartridges, a perennial favorite among budgeteers and tweakers. This Franken-cartridge took advantage of various tweaks that have been performed by DIY'ers and retipping shops over the years-- rebodying the cartridge, using elastomers to 'pot' the cartridge motor assembly into a new body and retipping the old school conical stylus with a more modern profile. Steve did it all in one swoop for me. I didn't even have to supply the stock Denon- he sourced it and did his thing. Set up on a Kuzma 4 Point 9, which is  currently mounted on my vintage Technics SP-10, I’ve now got the vintage Quad ESL … END_OF_DOCUMENT_TOKEN_TO_BE_REPLACED