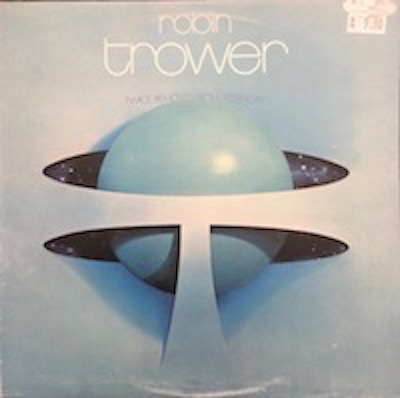 Robin Trower- Twice Removed From Yesterday Robin Trower released this album a year before his classic Bridge of Sighs. Although it is probably overshadowed by the latter’s popularity, it has just as much power and is bluesier in its orientation. It’s also an excellent hard rock recording. I’m listening to an early UK pressing, which is cheap enough (shipping to the States notwithstanding). You don’t have to wait long for the pay-off: that hard, bluesy guitar with distorted edges rippling with fuzz and echo jumps right out on the first track, “I Can’t Wait Much Longer,” which... Read More 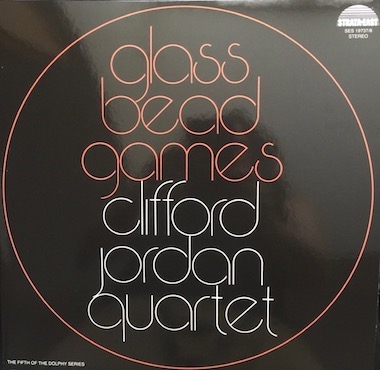 Clifford Jordan- Glass Bead Games Glass Bead Games is the second albumJordan released on Strata-East in 1974, following In the World in 1972. Like In the World, it relies on two different groups of musicians, including Stanley Cowell, one of the co-founders of the label and Bill Lee, whose family participated on The Descendants of Mike and Phoebe reviewed here.  Unlike In the World, Glass Bead Games is a two record set. The album seems to garner universal praise, with prices to match. It has been reissued on vinyl several times. I thought it might be helpful for readers, both those... Read More 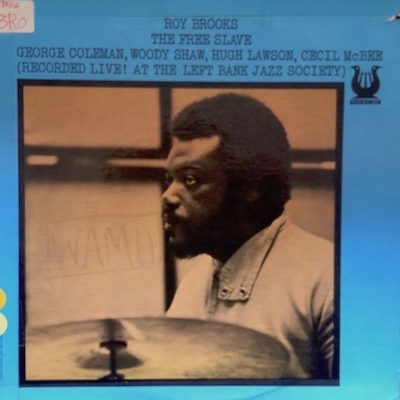 Live Soul Jazz: Roy Brooks -The Free Slave Roy Brooks The Free Slave may be one of his best though it is not well known outside of collectors of soul jazz. Brooks is credited playing with a lot of famous names, but he leads on The Free Slave, accompanied Cecil McBee, Hugh Lawson, Woody Shaw and George Coleman, in a live session recorded in 1970. We were at the cusp of jazz falling off the mainstream playlists as it became even more inventive (cause and effect? If not on a major label attempting to appeal to a broad audience, the artists had more freedom to experiment). This record,... Read More 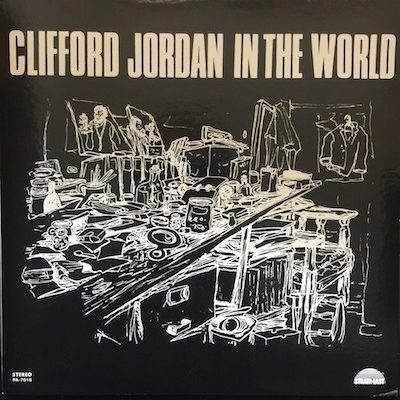 Clifford Jordan In the World Clifford Jordan In the World was released on Strata-East in 1972 (though the album was recorded in 1969). Jordan was already a well-seasoned player, having worked with Max Roach, Horace Silver and Eric Dolphy. (The album credits state that it is the first in a Dolphy series produced by Jordan). Like Jordan’s Glass Bead Games which followed on Strata-East, In the World depends on two different groups of musicians- and there are some killers players here–Julian Priester, Don Cherry, Richard Davis and even Roy Haynes (who alternates with Albert... Read More 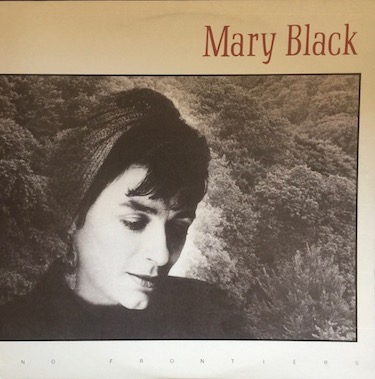 Mary Black-No Frontiers Mary Black’s No Frontiers was an audiophile favorite back in the day. I hadn’t thought about this record, or played it, in decades. A mention of it somewhere brought it to mind and I thought, man, that was a pretty good album. After several fruitless searches through the “miscellaneous” wall of records here, I gave up and bought an early pressing via a UK seller. Now I remember why this record was beloved. (And it’s usually after I buy another copy that I find the one I had). Anyway, back to Mary Black.   There are some great songs on here—not... Read More 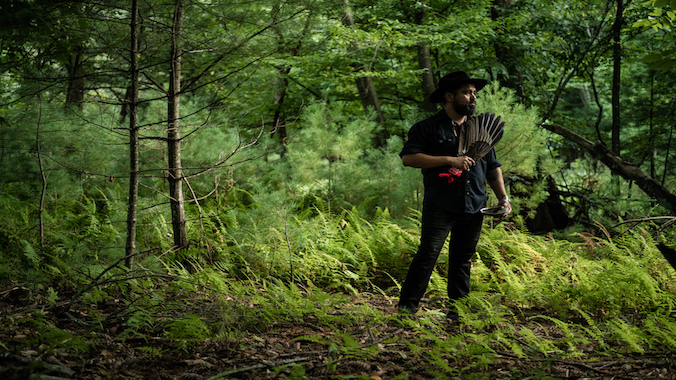 Cochemea Gastelum- All My Relations A mixture of native American chanting with some surprisingly vibrant percussion work, led by a horn player known for backing the late Sharon Jones with the Dap-Kings, Cochemea’s All My Relations is not only a sonic treat but a spiritual journey that alternates between trance and jazz with the kind of percussive sparkle and tone that make it “demo” material. A musically astute friend (thank you, Chris) brought his copy over to my place for a listen a few weekends ago. In no time, I took a quick photo of the cover and bought it immediately after... Read More 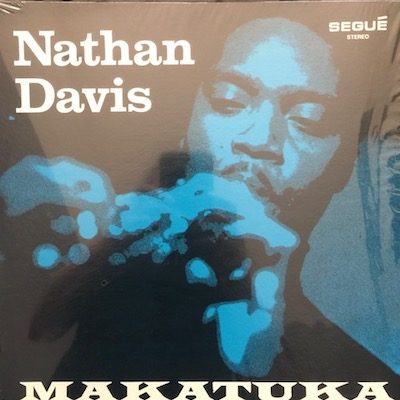 Nathan Davis- Makatuka This album, released a year before the recently reviewed “6thSense in the 11thHouse,” was recorded in the same Pittsburgh studio, by the same engineer, with a different band, the Nathan Davis Sextet. It also features a vocalist, Wheeler R. Winstead, whose soulful groove adds another dimension to an album chock full of surprises. This is a record of virtuoso horn playing, from the range of saxes and clarinet played by Davis (who could wring out just about every sound imaginable from those instruments) to some glorious trombone work by Nelson Harrison. These players... Read More 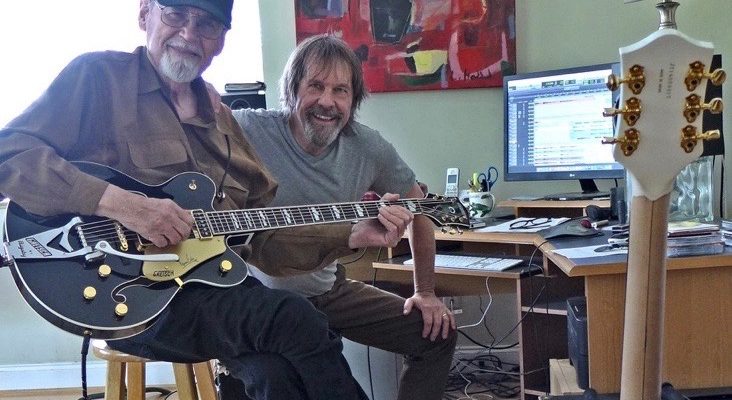 Jim Hoke –The Floating Zone Jim Hoke is one of those unsung, working musicians who often remain under the radar of the general public, but are well-known and respected by other musicians: Paul McCartney included Jim on four tracks of his latest album; Jim has worked with pretty much everybody: Billy Joel, Dolly Parton, Boz Scaggs, Buddy Guy, Steve Earle, Joan Baez and a long, long list of others. He has toured with Emmylou Harris and NRBQ; George Jones recorded one of Jim’s songs. Jim’s latest album, “The Floating Zone” calls upon some of the notable performers with whom Jim has... Read More 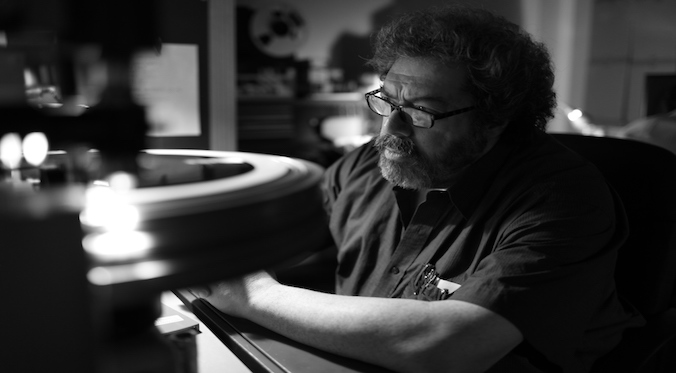 Peter Ledermann’s Direct Grace Records Most of us know of Peter Ledermann through his Soundsmith company, one of the small handful of companies that “retips” phono cartridges. In more recent years, Peter has proven to be a prolific innovator of a range of phono cartridges and accessories. But, did you know Peter also had a record label? One that produces and distributes direct to disc records? It’s called Direct Grace Records. http://www.directgrace.org/Home.html Direct to disc records have, in my experience, been some of the best sounding LPs I have heard. Sadly, many are... Read More 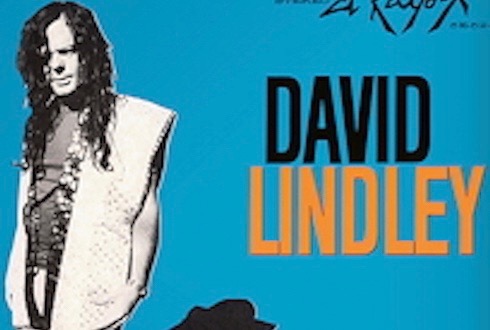 David Lindley- El Rayo-X Speakers Corner Re-Master  David Lindley is a national treasure. He’s been doing this a long time, and has appeared on a lot of famous records, including a number of the big hit albums starting in the ‘70s, many from musicians based or recorded in Los Angeles: Linda Ronstadt, Jackson Browne, James Taylor, Terry Reid, Graham Nash, Little Feat and hundreds of other records (and as many live appearances) as a sideman wielding a variety of stringed instruments. He’s had bands (Kaleidiscope; El Rayo-X) and still tours, often as a one-man show. I’ve... Read More

Although I don't have all the details yet, I have learned that Frederiksberg Records, a small, eclectic label from New York, is in the process of reissuing the hard to find (and even harder to pay for) jazz obscurity, Milt Ward and Virgo Spectrum. You can find out more by keeping tabs on Frederiksberg's Bandcamp page, https://frederiksbergrecords.bandcamp.com   I'm told there is a bootleg out there so be careful. Frederiksberg is doing this project with the participation of the family of Milt Ward, which is to be applauded. Hopefully, this will give more access to a great jazz record at a reasonable price. The Roots album reissue from Frederiksberg (which is sold out on vinyl on the Frederiksberg Records bandcamp site) still appears to be available through some online retailers as a pre-order, so that's another one to jump on now if you can find it-- the original is extremely pricey and … END_OF_DOCUMENT_TOKEN_TO_BE_REPLACED

Clem Snide- Forever Just Beyond With a name derived from a character in the same literary work as the band name so famously identified with the Walter Becker-Donald Fagen duo, Clem Snide has an extensive discography, typically cataloged as “alt country.” This latest release is the work of one of its founding members, Eef Barzelay, who was responsible for much of the songwriting and singing. According to his bio, Barzelay suffered some serious bumps in the road during the last decade, including a failing marriage and financial ruin. At the same time, he learned that Scott Avett was a fan and they found inspiration in each other, leading to this album- a collaboration of artistry where Avett and Barzelay share some writing credits and Avett produces. The result is a fresh, upbeat set of tunes that are appealing in their simplicity and refreshing in their sincerity. The band is first tier … END_OF_DOCUMENT_TOKEN_TO_BE_REPLACED

Muriel Grossmann- Reverence Muriel Grossmann continues her quest for musical ascension on Reverence, which was released on vinyl in early December, 2019 on the RR Gems label as a 2 LP set. The compositions are Grossmann’s, and the band is much the same as the group of seasoned musicians with whom she has worked for some time (and detailed in the review of her Golden Rule), but for one notable exception: the addition of a keyboard player who brings that rich, woody Hammond B-3 sound to a series of compositions devoted to Africa. In some ways, Ms. Grossmann’s exploration of the roots of jazz deliberately eschews any superficial attempt to make African music. Instead, she draws inspiration from its influences, which are wide ranging and deep—you can hear rhythm and blues sounds mixed with more traditional African instrumentation and polyrhythms and come away with something that is both … END_OF_DOCUMENT_TOKEN_TO_BE_REPLACED

Stylus Life- StylusTimer Stylus life is a recurring question in audio discussions. Some serious attention was devoted to the subject here, in Mike Bodell’s “The Finish Line for Your Phono Stylus.” That article examined the issue from a number of perspectives, including early studies, claims by cartridge manufacturers and real-life experiences by users. It also generated a long, interesting thread on the Steve Hoffman forum that is worthwhile to read. The Hoffman thread also generated an experiment by Ray Parkhurst who documented the wear of a new stylus under certain controlled conditions, which included a microscopic examination of the stylus at various time intervals over long hours of repeated play. See https://forums.stevehoffman.tv/threads/the-finish-line-for-your-phono-cartridge-stylus-wear-by-mike-bodell.842572/#post-21292730.   Whether you lean toward more optimistic … END_OF_DOCUMENT_TOKEN_TO_BE_REPLACED

Incoming! (More Interesting Records)  An "interesting record" to me offers something unexpected, whether it is a fresh take on a recognized genre, or something that opens a new way of experiencing instruments in combination. It does not have to be "strange" or challenging to listen to; in fact, I'm a sucker for a good melodic hook and enjoy technical prowess as much as anybody, but there has got to be something "more"-- an intangible that differentiates the record from the millions of others to which we all have access.   As mentioned in a recent editorial, a lot of records come in and not all get written up. It’s not an editorial decision or any reflection of the music or sonics; I only have so much time, and I tend not to write short blurbs, but longer (some may say ‘too long’) reviews. My “incoming” piles continue to grow as I publish. This series of short capsules is meant to … END_OF_DOCUMENT_TOKEN_TO_BE_REPLACED